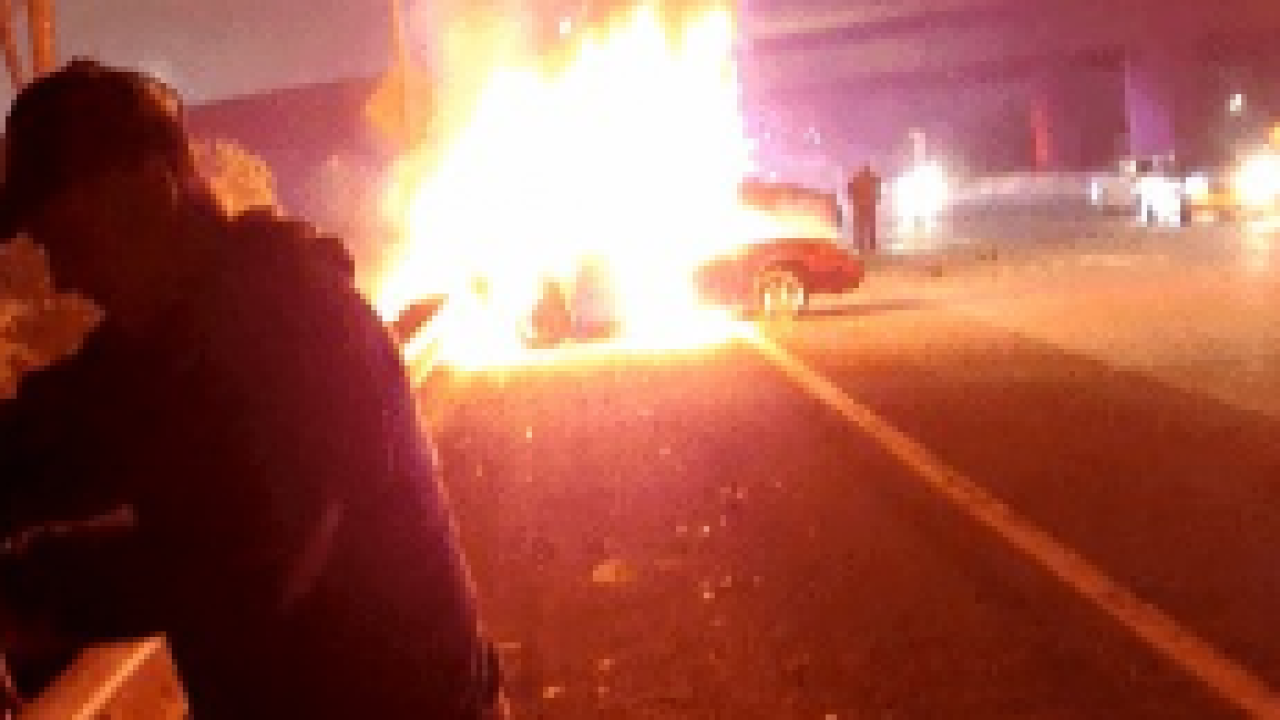 SAN DIEGO (KGTV) -- Several U.S. Border Patrol Agents have been nominated for an award after playing a vital role in saving a man from a fiery crash in April.

Just after midnight on April 26, agents F. Gonzales, K. Carrol, and S. Roe were driving home after work when they encountered a two-car crash on northbound interstate-15 near interstate-8.

One of the vehicles burst into flames, according to U.S. Customs and Border Protection.

The agents broke a car window and pulled one man out of the vehicle. "Unfortunately, the female driver could not be saved and succumbed to her injuries," CBp said.

Agent Carroll, who is a certified emergency medical technician, treated the passenger while waiting for paramedics to arrive.

“I am extremely proud of the heroism displayed by these agents during this catastrophic accident,” said Chief Patrol Agent Aaron Heitke. “If not for the quick action of these three agents, another life would have almost certainly been lost in this tragic accident.”