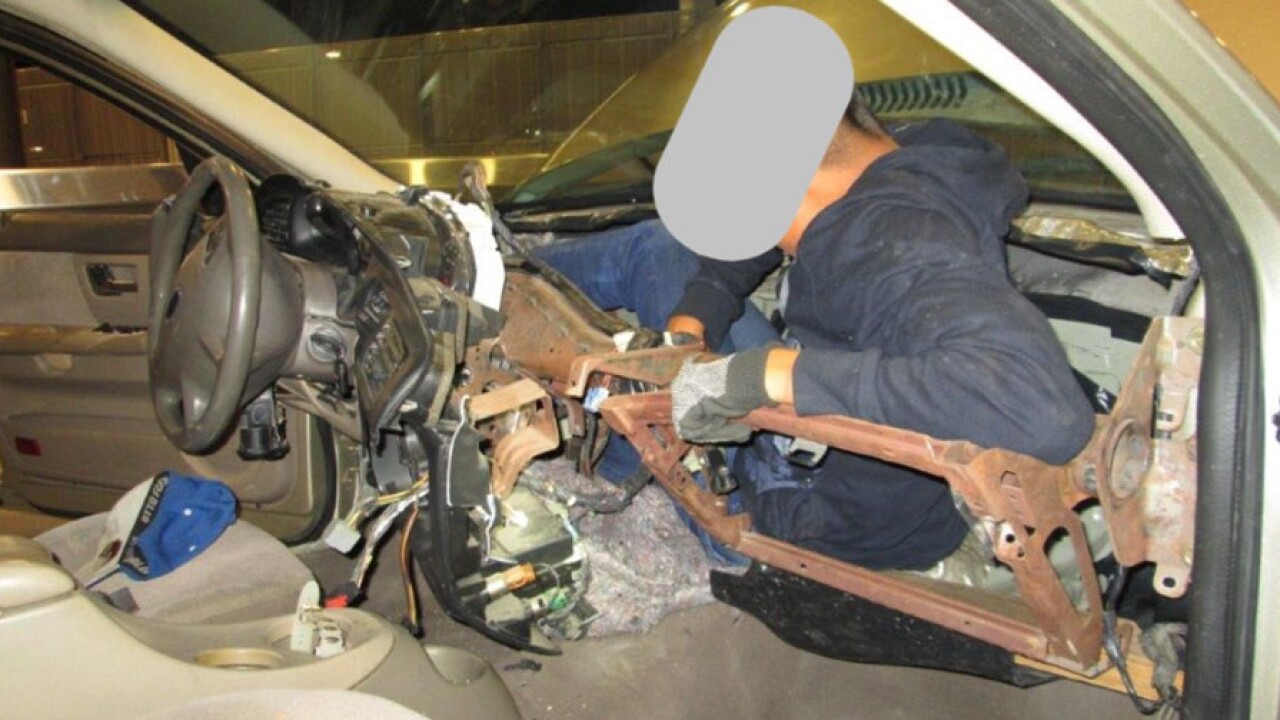 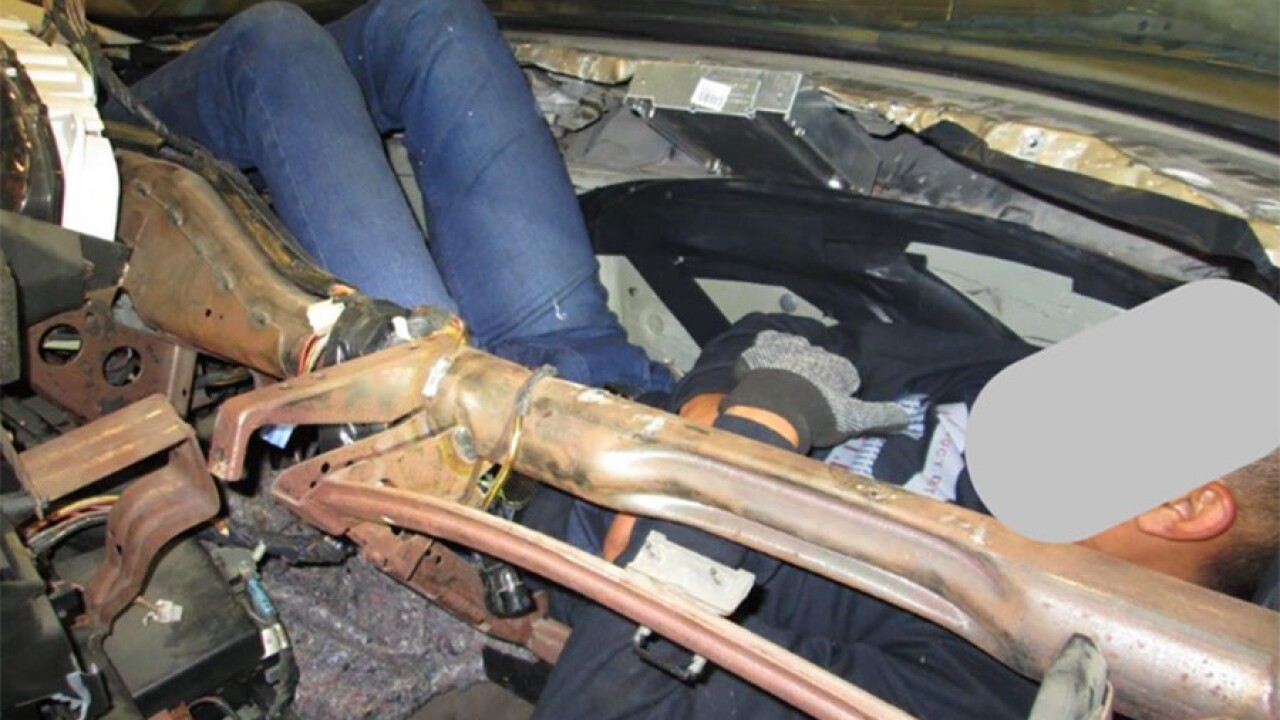 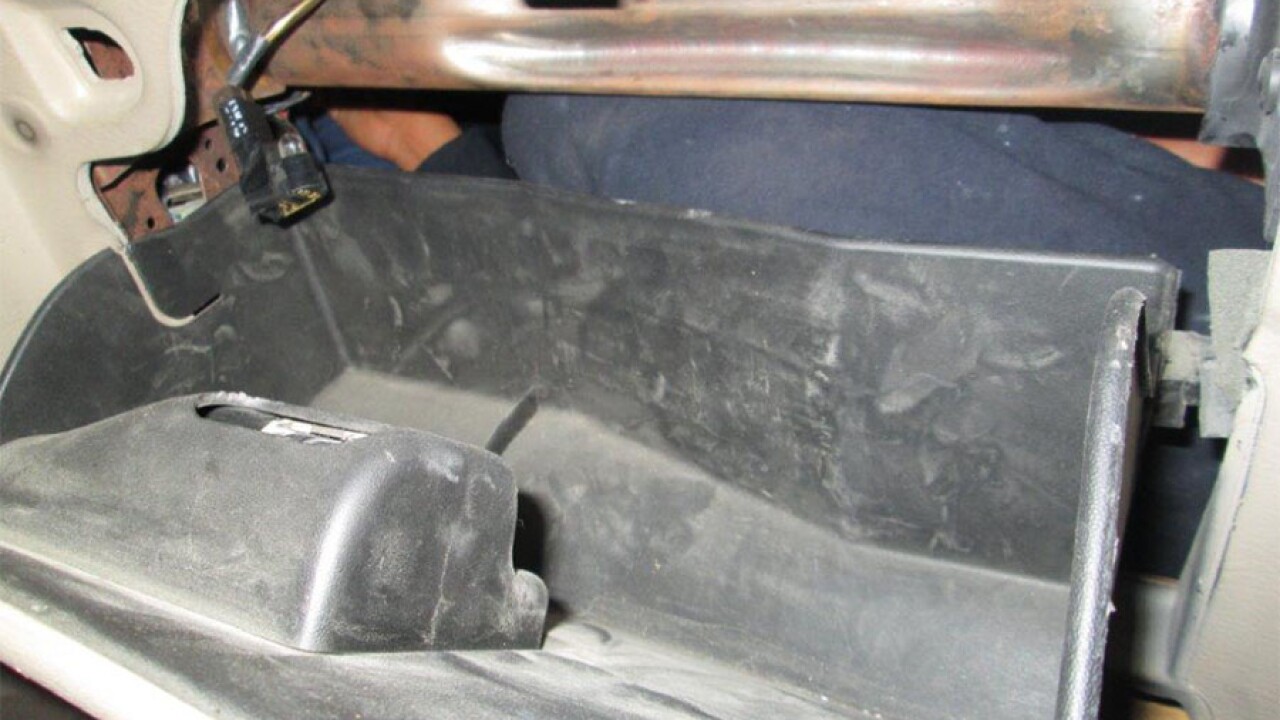 (KGTV) -- A 17-year-old boy was discovered hiding inside the dashboard of a car that was attempting to enter the U.S. at a border checkpoint.

According to Customs and Border Protection officials, the discovery was made during a stop at the Calexico West Port of Entry on Nov. 25.

CBP officials said a 2001 Ford Taurus was stopped at the checkpoint and was searched by border officers.

The teen, a Mexican citizen, was found hidden inside a dashboard compartment, and he was taken for a health screening and further processing. CBP officials said, “Record checks revealed the teen was previously apprehended in March 2019 attempting to illegally enter the U.S. at the Otay Mesa Port of Entry using a document that did not legally belong to him.”

Officers took the Taurus’ 28-year-old male driver and 21-year-old male passenger into custody and seized the vehicle. The men, who are both U.S. citizens, were transported to Imperial County Jail.

CBP Officer in Charge Sergio Beltran said, “Smuggling a person in a confined space is dangerous and can have serious consequences. In this instance no one was seriously injured during this attempted illegal entry.”