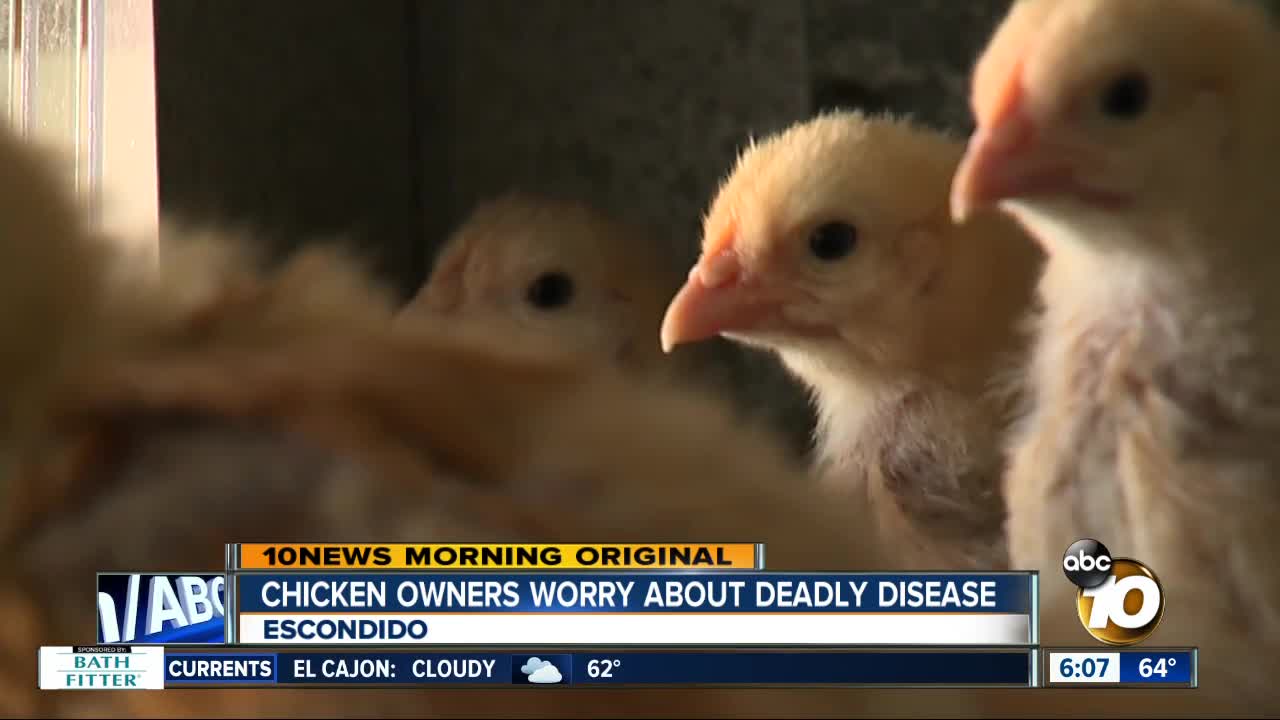 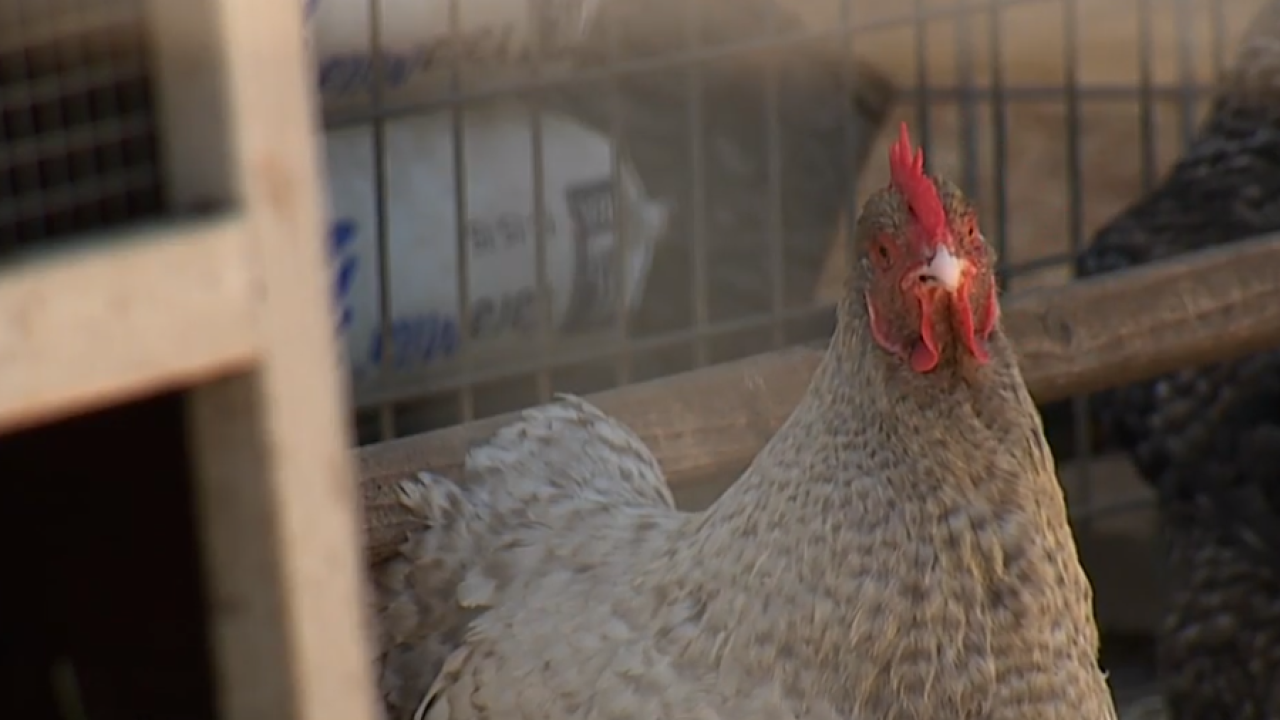 ESCONDIDO, Calif. (KGTV) - People who own chickens in the North County are taking extra precautions to protect their flocks, as a deadly bird disease creeps closer to San Diego County.

The California Department of Food and Agriculture issued aquarantine for birds in Los Angeles, Riverside and San Bernardino Counties after reports of the disease. With all three counties surrounding San Diego, officials here have issued warnings to chicken owners to look out for symptoms.

According to the San Diego County Department of Agriculture, Weights and Measures, symptoms include:

They say anyone who sees these symptoms in their birds should contact the CDFA Bird Hotline at at 866-922-BIRD.