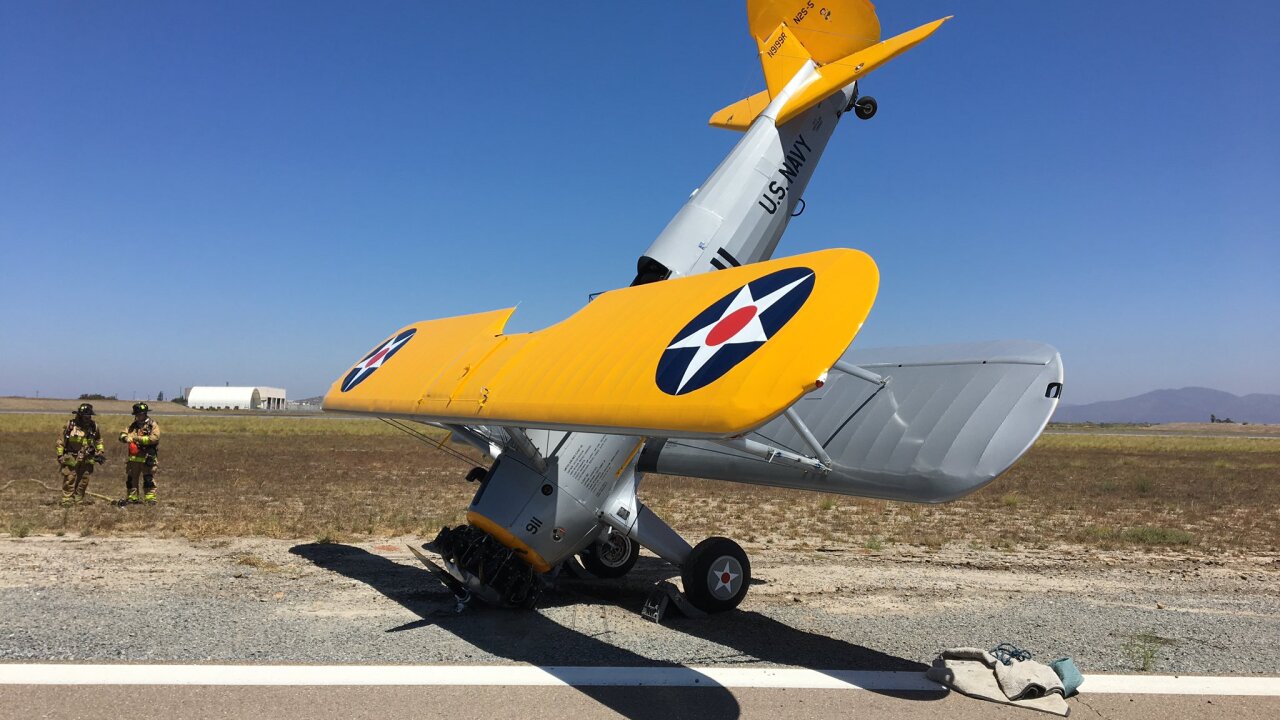 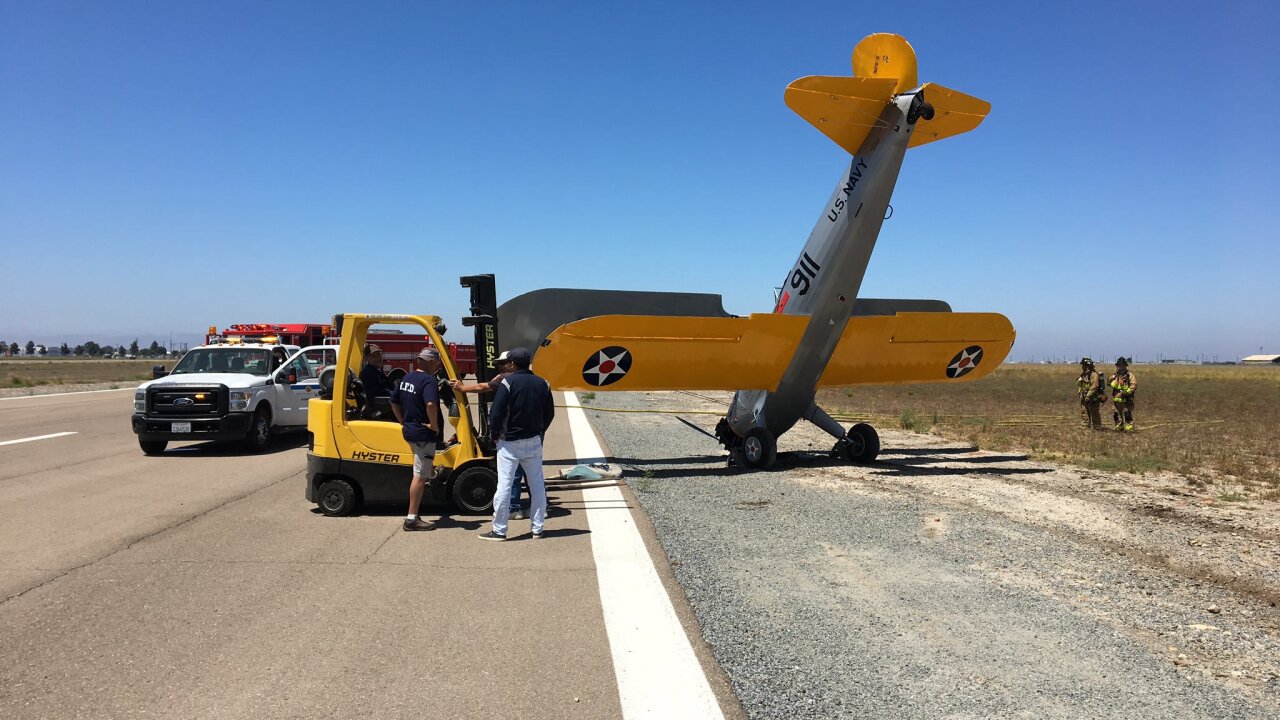 OTAY MESA, Calif. (KGTV) - A vintage biplane had an emergency at a South Bay airport Tuesday, sending it skidding off the runway and onto its nose.

The incident with the single-engine Stearman plane was reported at Brown Field Municipal Airport, 1424 Continental St.

The pilot and one passenger were on board but escaped without injury, San Diego Fire-Rescue Chief Colin Stowell reported on twitter. The plane had minor damage.

Stowell tweeted that the FAA and NTSB were notified about the crash to investigate its cause.