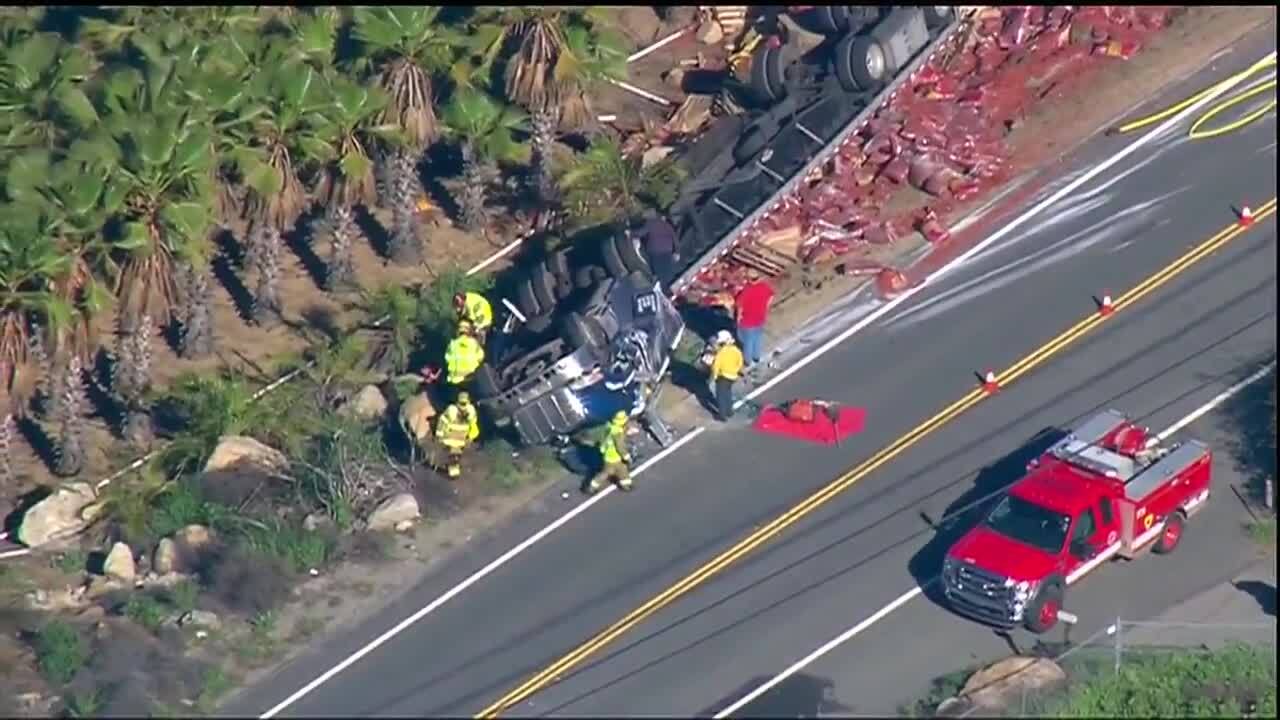 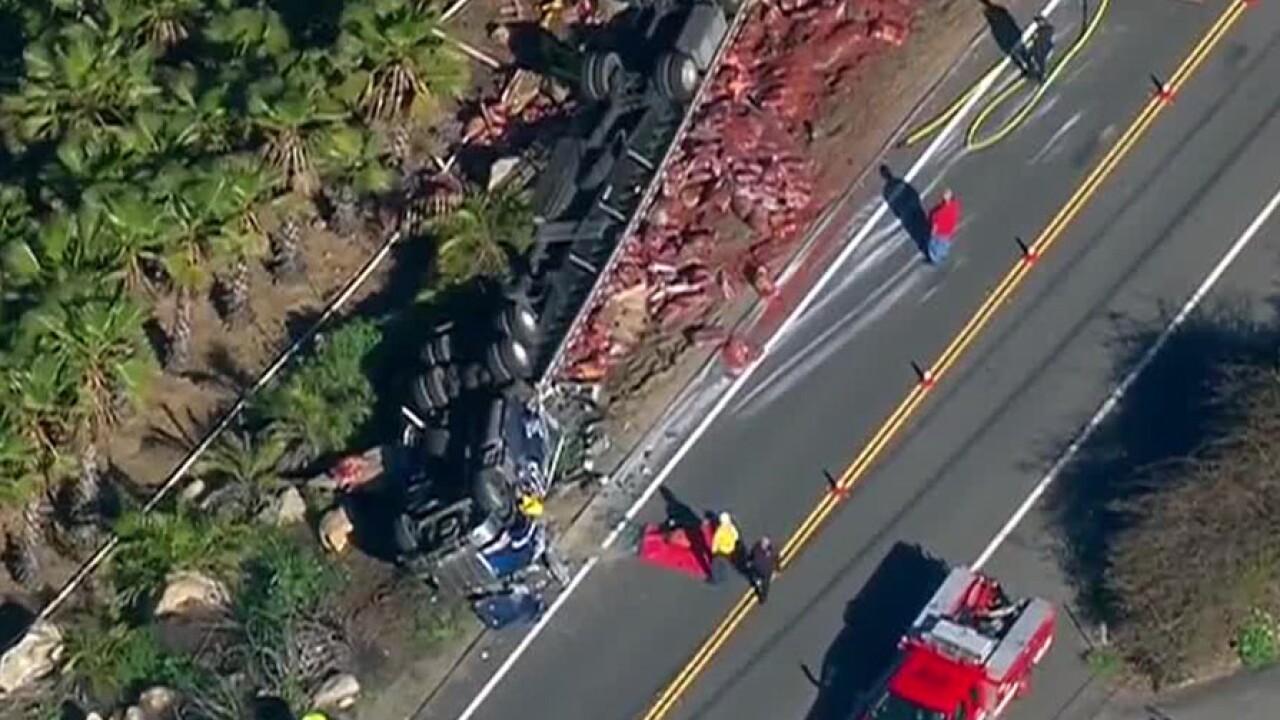 (KGTV) - One person was killed and another was rushed to the hospital Thursday morning after the big rig truck they were in overturned on state Route 76 in the Pauma Valley area.

Witnesses told the CHP that the truck, which was hauling mulch, appeared to have been traveling at a high rate of speed and may have lost its brakes just before crashing and overturning off the roadway.

One person, a 54-year-old man from Indio, was declared dead at the scene. The passenger, a 55-year-old Indio man, suffered minor injuries.

Traffic control was in place for the stretch of SR-76 near Rincon Ranch Road. CHP officials warned anyone looking to visit or leave nearby casinos to avoid the area for several hours.