Bicyclist struck by vehicle, killed on SR-76 in Oceanside 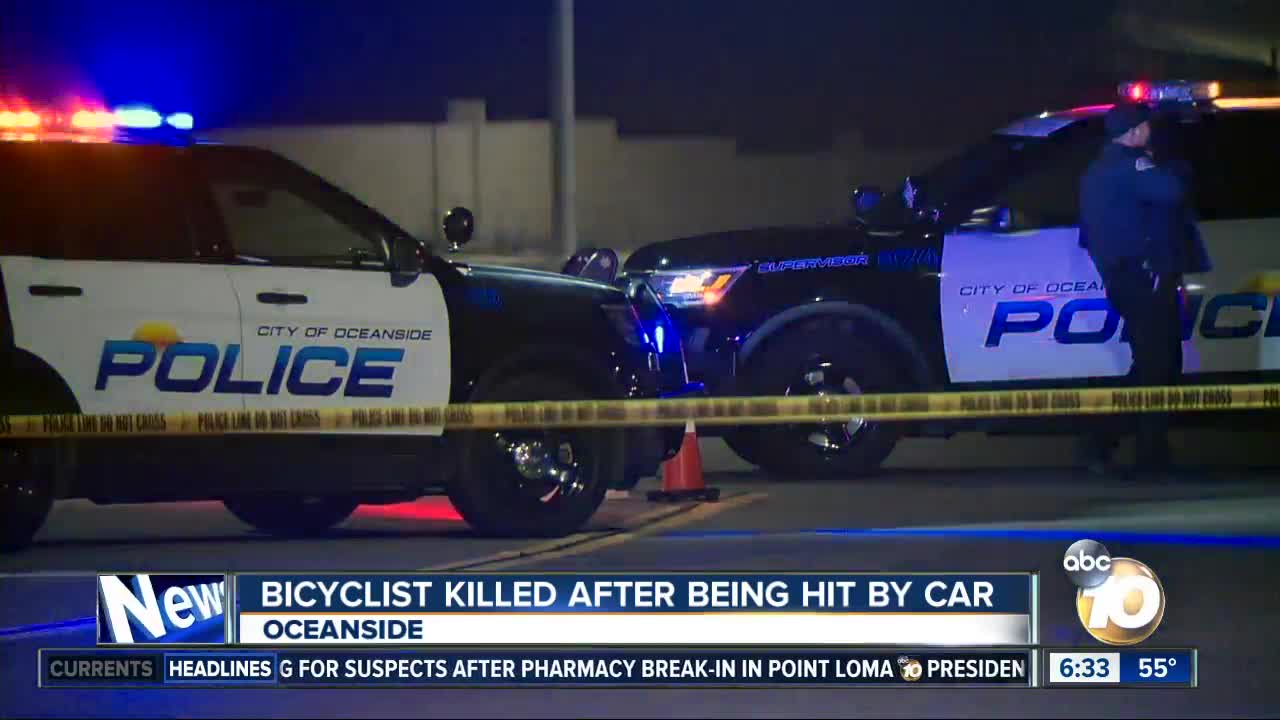 A bicyclist was hit by a car and killed on SR-76 at Benet Road.

An unidentified woman was crossing SR-76 northbound on her bicycle against a red light when she was struck by a vehicle heading westbound on SR-76, Davis said.

The victim, whose age was not immediately available, was pronounced dead at the scene, he said.

The driver pulled over immediately after the collision and cooperated with officers, the sergeant said, adding that intoxication was not a factor in the crash.

No details about the driver were immediately available.

As authorities were investigating the deadly collision, a driver struck a police car that was blocking westbound SR-76 near the scene.

After hitting the police car, the driver’s car skidded to a stop about 50 feet down the road. He was checked by paramedics, evaluated for DUI and then arrested on suspicion of DUI.