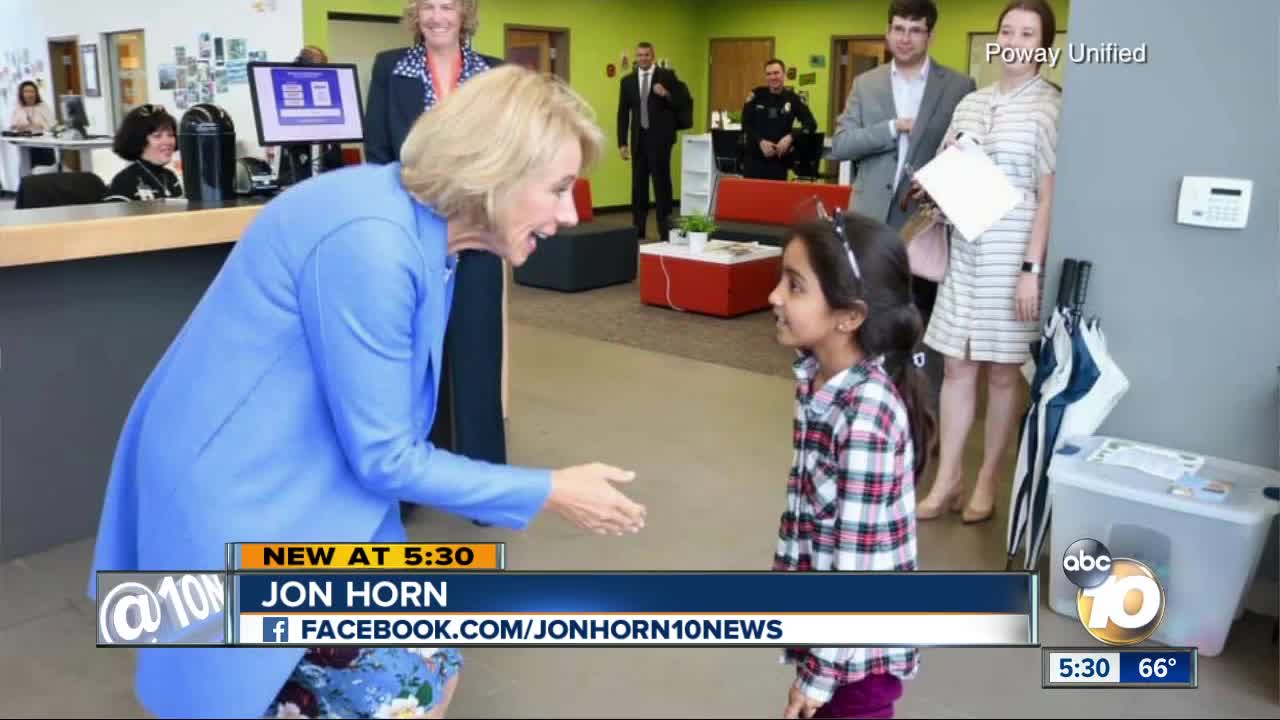 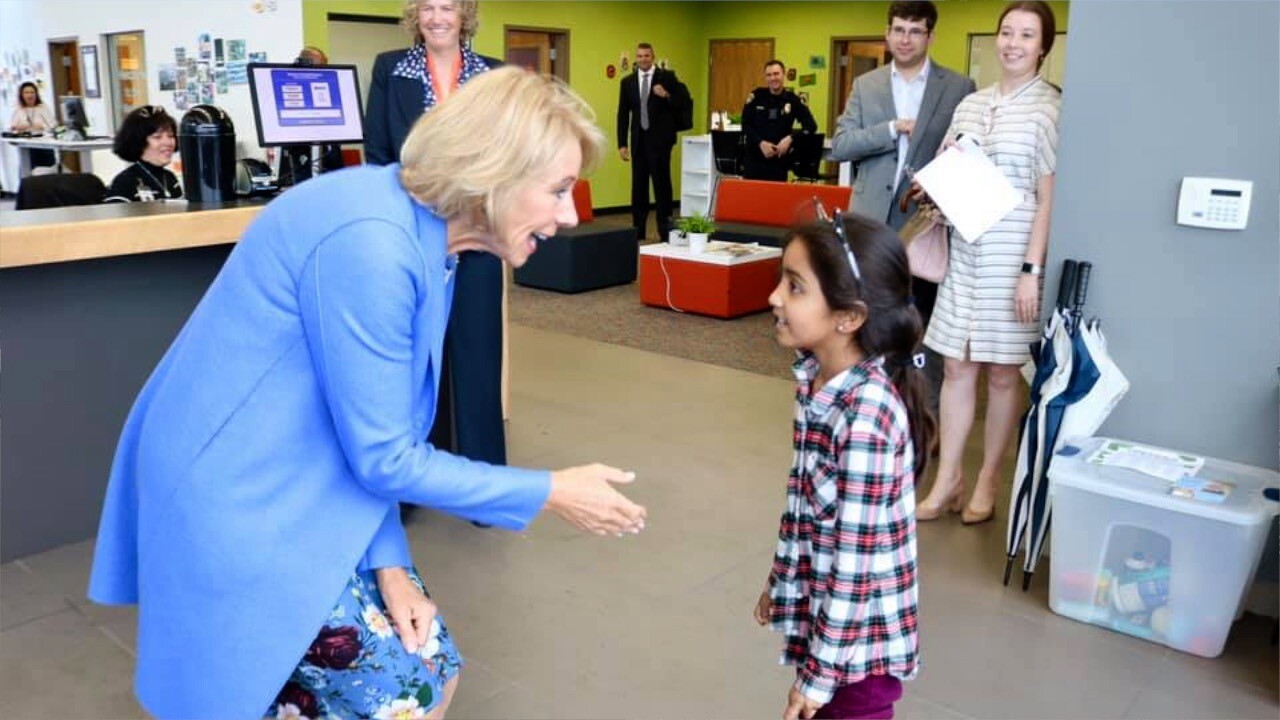 DeVos spent about two hours at the Design 39 campus in 4S Ranch, speaking to administrators, teachers, and students.

"The questions she was asking kids was, 'Really, tell me about your learning, and what do you really enjoy about learning here? How has this helped you as a learner?'" said Megan Power, a teacher at the school and former Education Department fellow who helped arrange for the visit.

DeVos is a polarizing figure in the Trump administration, partially for her stance on school choice. Opponents accuse her of wanting to pull money out of public schools to pay for private education.

Poway Unified Superintendent Marian Kim-Phelps posted pictures on Facebook after the visit. Some parents blasted the district for even hosting her. One woman said if she had known she would have protested outside. Another called DeVos dangerous to public education.

Other parents disagreed, saying politics aside, her visit was an honor.

"Just the fact that she came here to visit, someone of that high a profile speaks volumes to the school," said Matt Kolker, who was picking up his son from Design 39 campus Friday.

Power, who had told DeVos about Design 39 during her fellowship, said it was a great opportunity.

"If we want the secretary to have a better understanding of what's going on in schools, we have to be able to invite her and the team into schools," she said.

Superintendent Kim-Phelps called DeVos's visit a chance to advocate for the district and public education overall.

In a statement, education Press Secretary Liz Hill called Design 39 "a stellar example of rethinking education to meet the needs of students." She said DeVos was thrilled to learn more about their innovative approach.