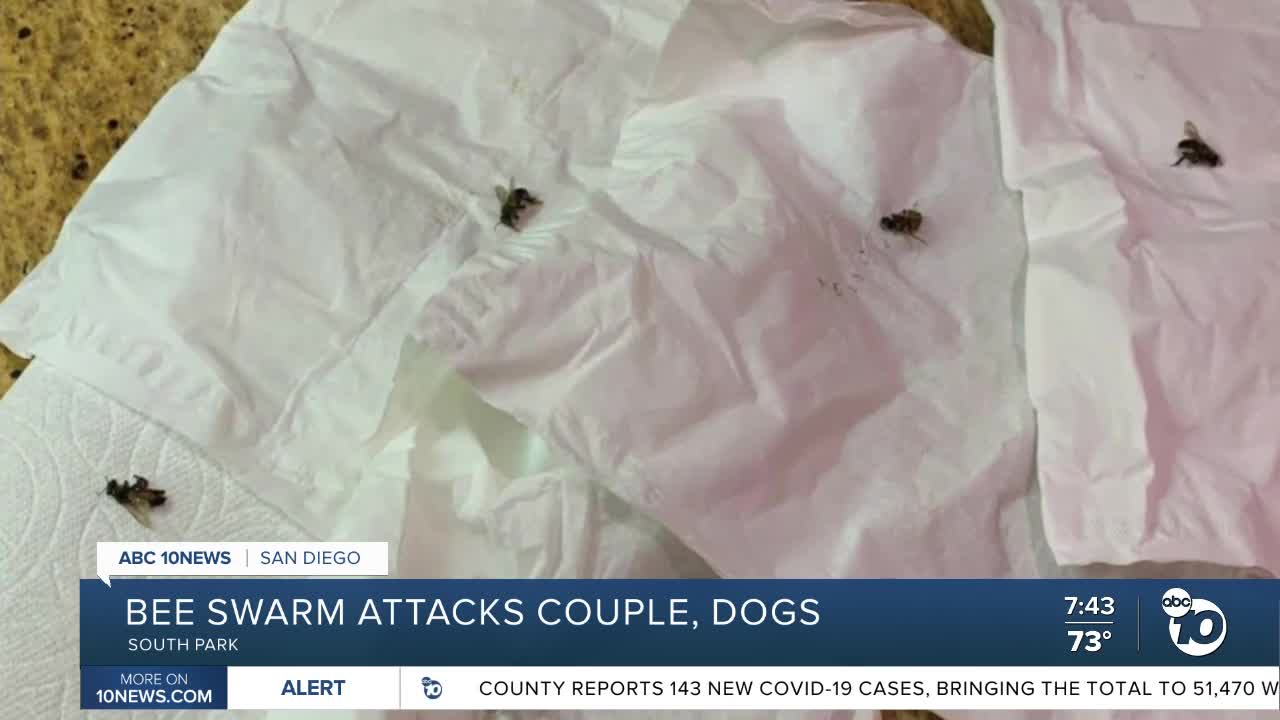 A dog walk in South Park turned frantic as a couple tries to fend off a bee attack that didn't end when they got inside their home. 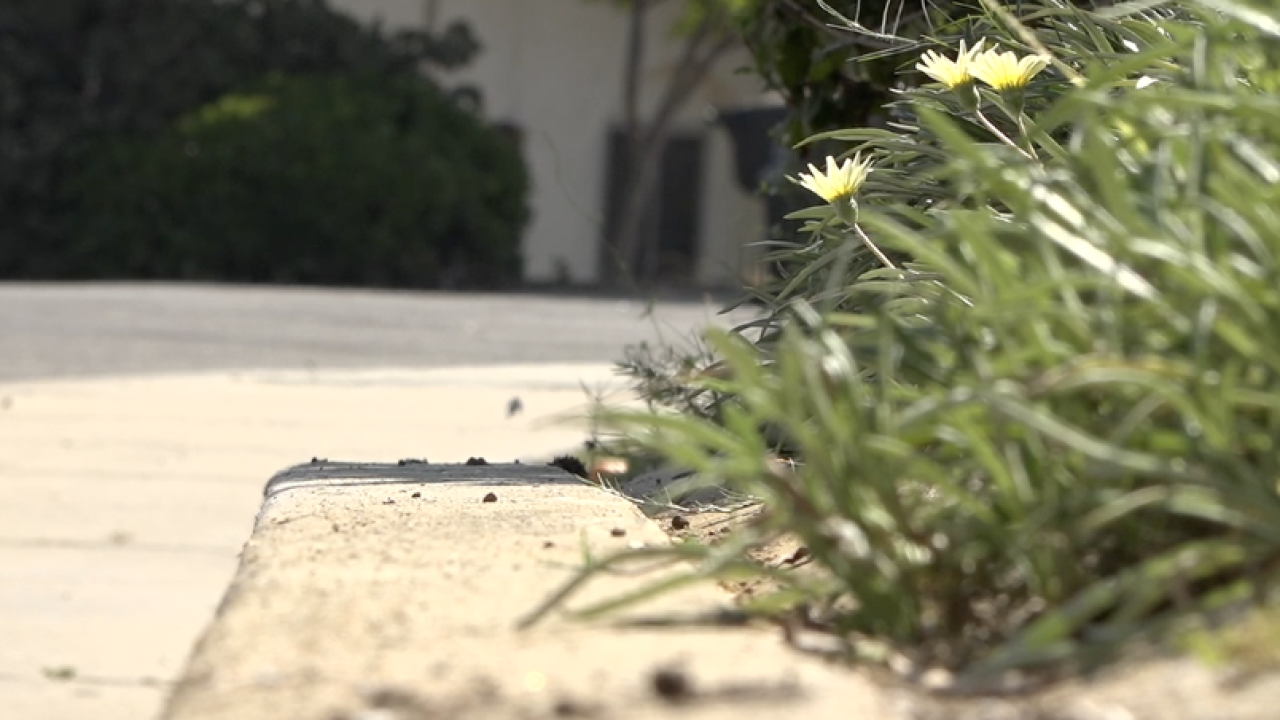 SAN DIEGO (KGTV) - A dog walk in South Park turned frantic as a couple tries to fend off a bee attack that didn't end when they got inside their home.

Grape Street, 6:30 p.m. Tuesday. Patricia Young, her husband, and two dogs were near Marlton drive, just about done with their walk, when one of the dogs started sniffing a bush.

"All of a sudden I felt a really sharp stabbing in my arm. Then I heard buzzing near my eye and swatted at it. That’s when my husband started to get stung," said Young.

Young says she didn’t see a swarm but heard a constant, loud buzzing.

"My husband is swatting and his glasses fall of. I pick them up, and he’s getting attacked ... Take my mask off and swing it around my back, and I get stung on my back," said Young.

Young says her husband picked up one of the dogs, and they scrambled to get home, about 2 blocks away.

"We’re kind of yelping and squealing and swatting, and then get home, and it's that sense of, 'We’re safe,'" said Young,

Not so fast. Inside the home, she found a bee on one of the dogs, and then one in the bathroom.

"When I came out to the kitchen, the bees were congregating in the light in the kitchen," said Young.

In the end, they killed about eight bees. Their nine-year-old Maltese mix had to be treated by a veterinarian for a possible sting.

Both Young and her husband stung several times

"It's a freaky, terrible thing to be chased by bees into your home," said Young.

Jeff Lutz, the owner of Bee Best Bee Removal, says a two-block chase is unusual, adding that "hot temperature can make bees more active," as they bring in water to keep the hive cool.

It’s unclear if the bees were Africanized bees, which would require a DNA test to determine.

Lutz says bee removal calls are down significantly this year but attributes that to the impact of COVID-19.