Baby inside of stolen car found safe in Escondido 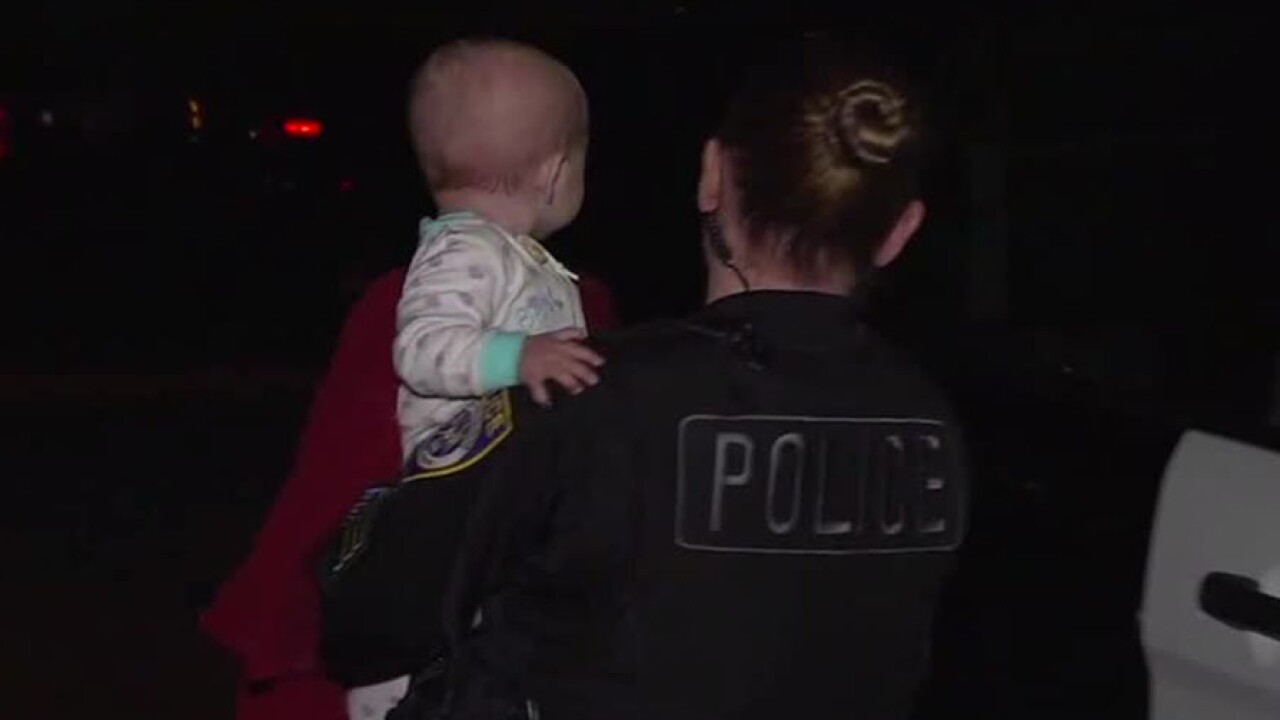 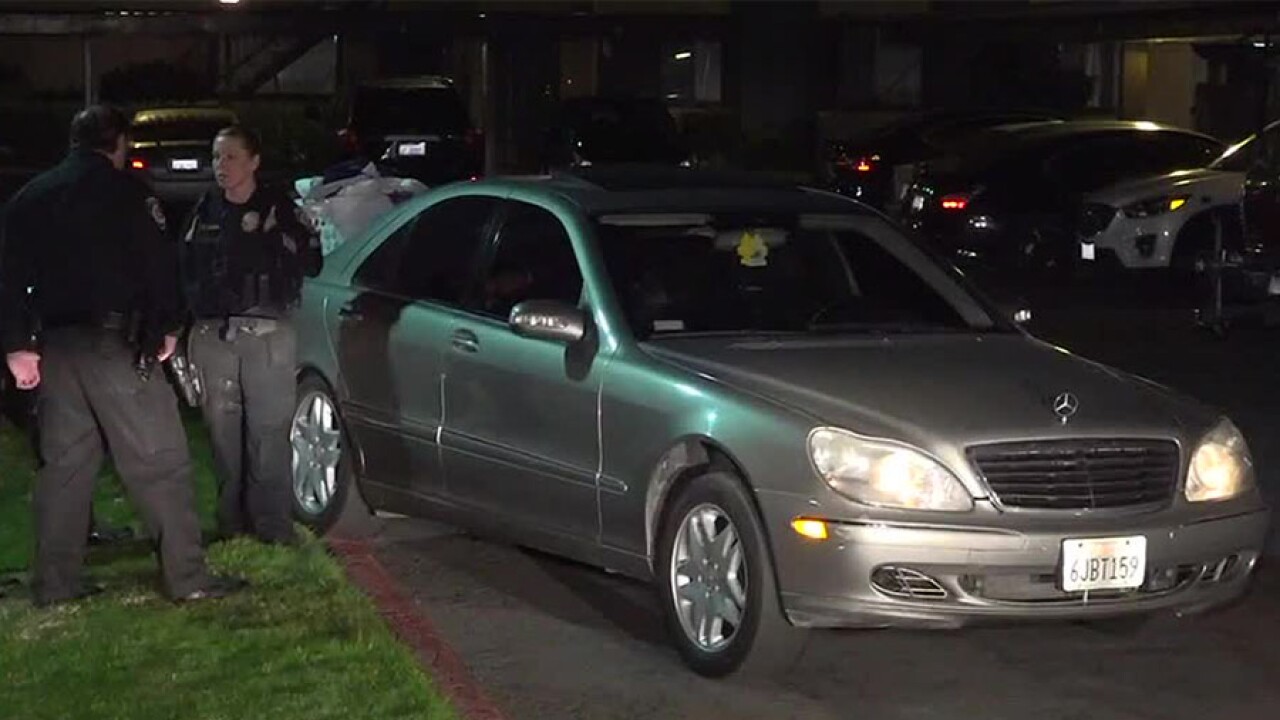 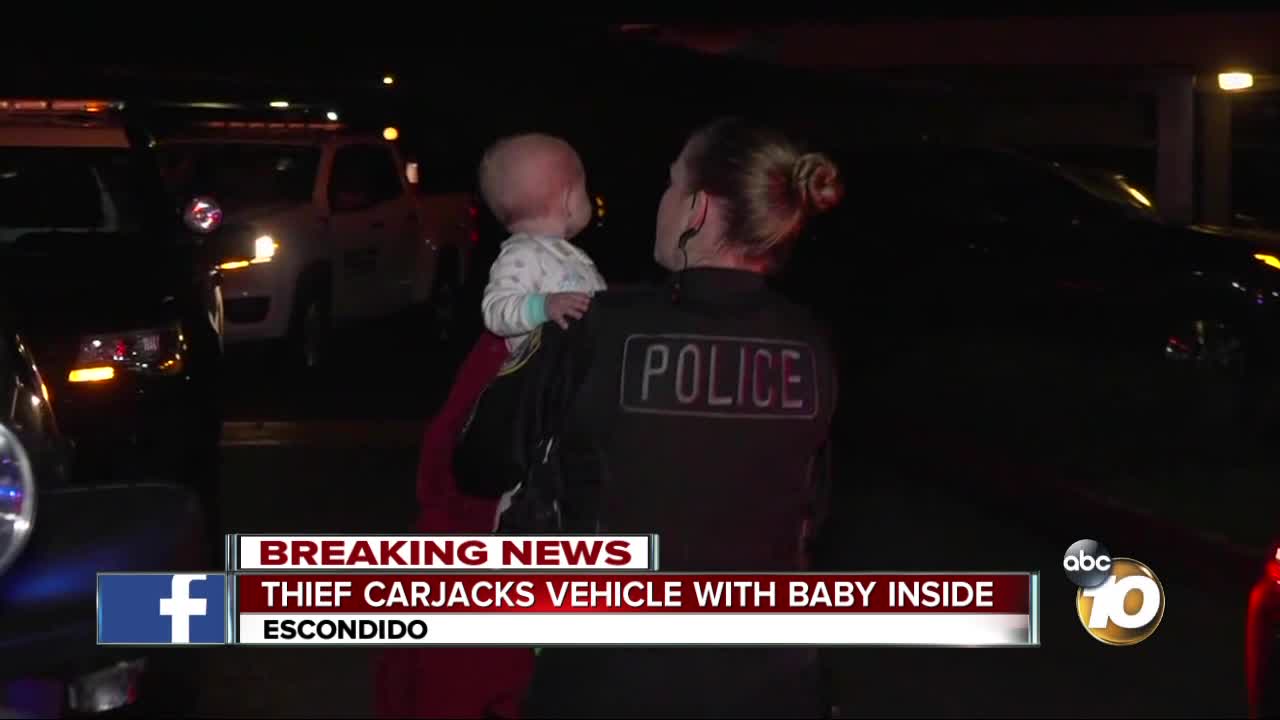 ESCONDIDO, Calif. (KGTV) - A six-month-old baby who was inside a car that was stolen in Escondido Tuesday night was found safe a short time later.

Escondido police received a call just after 10 p.m. from a woman who said her car was stolen outside the 99 Cent store on 385 North Escondido Blvd.

The woman reportedly told police she left her car running and her 6-month-old baby girl inside the vehicle when a man got into it and drove off. It is unclear if the woman was inside the store at the time of the theft.

Following the theft, an alert was issued to all law enforcement agencies in the area to be on the lookout for the Mercedes sedan.

About 20 minutes later, police spotted the car less than a mile away in the parking lot of an apartment complex in the 1200 block of North Escondido Boulevard.

According to police, the driver tried to speed away but struck a curb and stopped. He tried to run, but officers caught up to him and detained him.

The baby was found safe in the backseat, and the child was taken to the police station to be reunited with the mother.

Information on the suspected car thief was not immediately released.