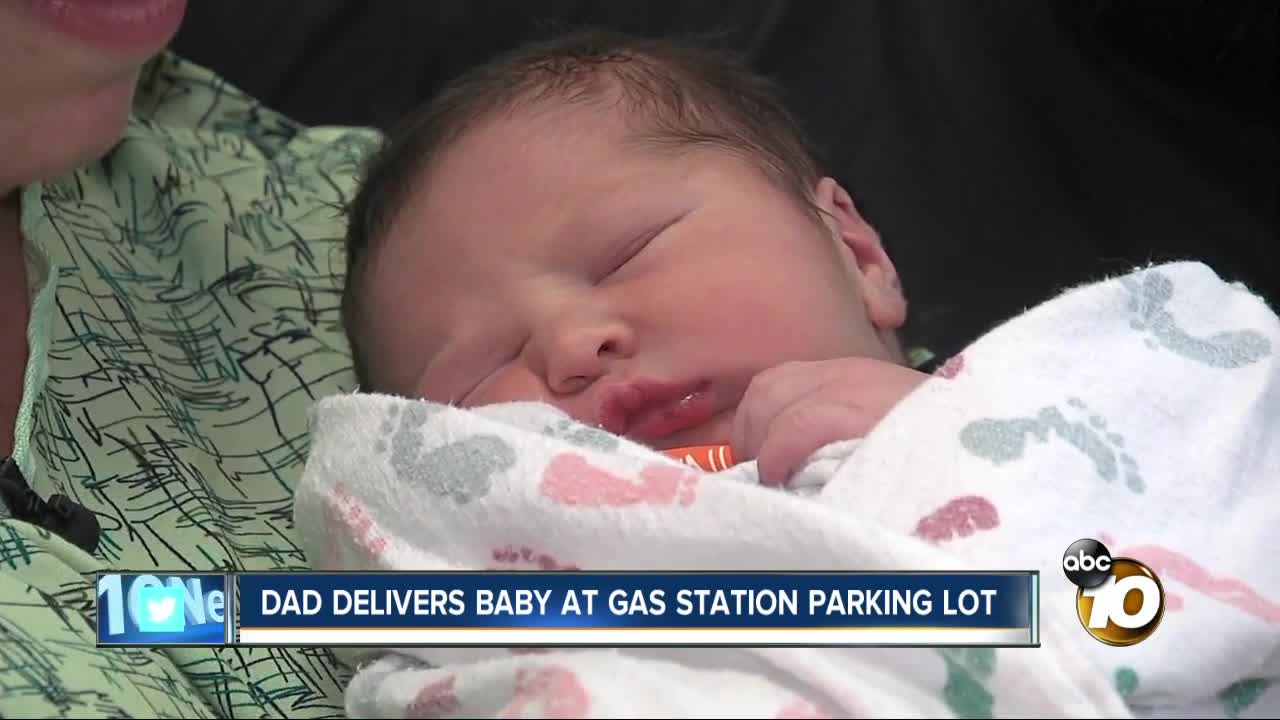 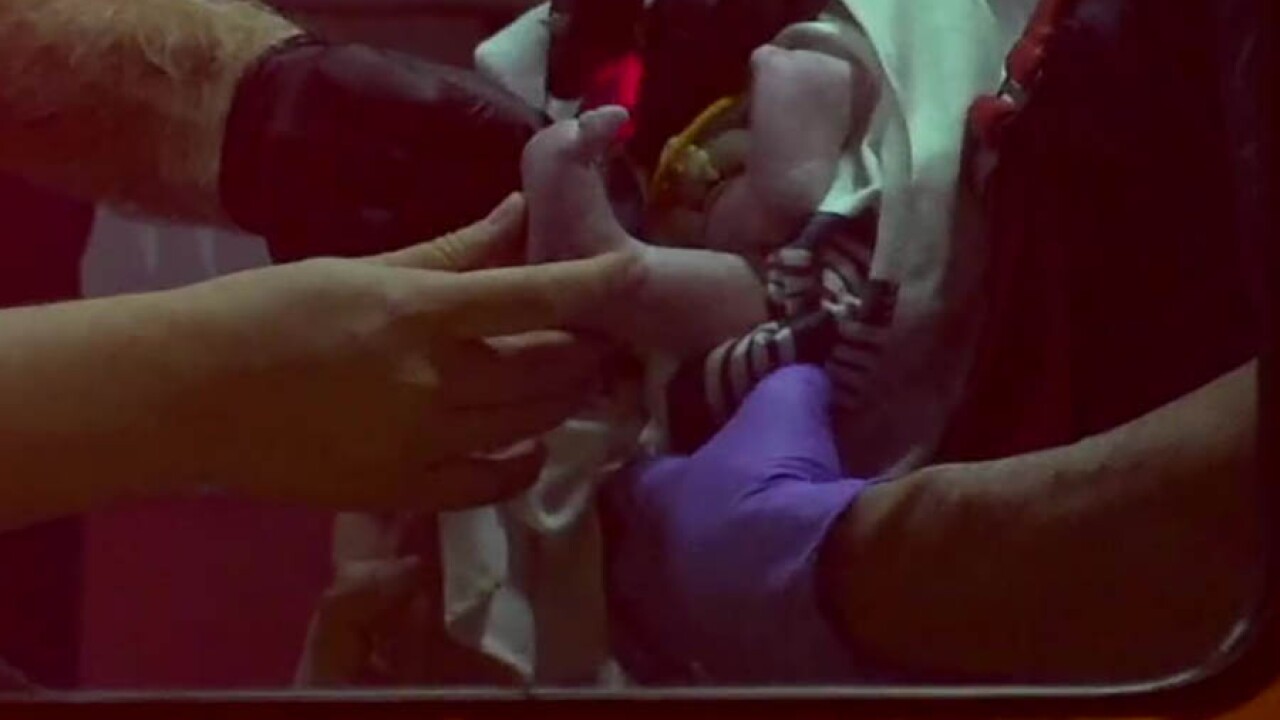 POWAY, Calif. (KGTV) - A couple was on their way to the hospital to give birth, but their baby decided to make his grand entrance before they could get there.

Bill Sudzuk's wife, Holly Hill, was not expected to give birth to their third child until next week. But early Thursday morning, she began having contractions.

As they drove to the hospital at around 2:30 a.m., Sudzuk realized that the baby was not going to wait as they were still a few minutes away from the delivery room.

"Baby wanted to come out, nothing we could do about it," Sudzuk said.

Because of the contractions, the couple pulled over in the parking lot of a Chevron gas station on Scripps Poway Parkway and Pomerado Road, and Sudzuk called 911 for assistance.

While on the phone, paramedics guided Sudzuk through the process of helping deliver the baby. Seconds later, Sudzuk caught Simon with his free hand.

"Three minutes later, we have a little one!" Hill said.

Next thing he knew, Sudzuk was handling the umbilical cord with a bungee.

"I went and found a string, and I ended up cutting a bungee off my backpack and cutting and tying it off," Sudzuk said.

Paramedics arrived to check on mom and baby before putting them in an ambulance and taking them to the hospital.

Doctors said they are lucky they had no complications. Simon, who is now nicknamed "Chevron" is a happy, healthy baby boy. Despite their crazy day, the family is in good spirits. As for having babies in the future, the couple joked, if she is a girl, they will drive to a Shell station, and name her Shelly.