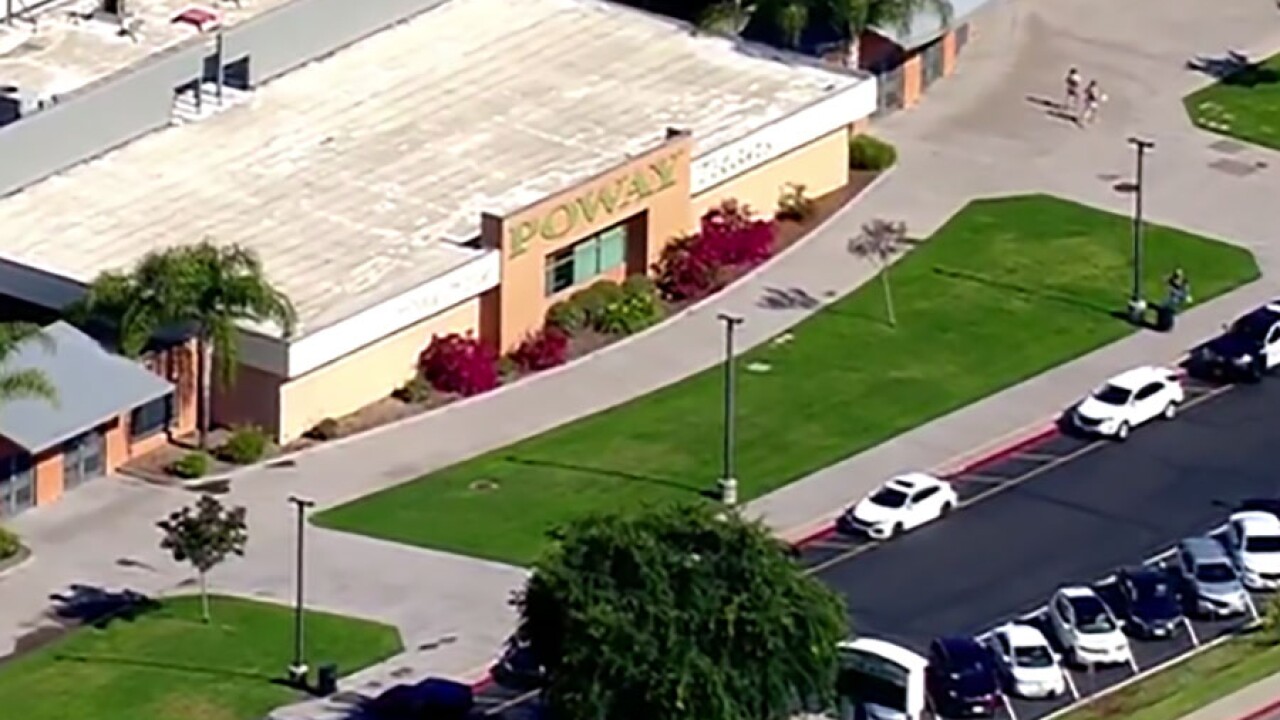 POWAY, Calif. (KGTV) - Law enforcement presence was increased at Poway High School Tuesday after the school was threatened via email.

Sheriff deputies said a staff member received an email that one or more explosive devices were concealed on campus. Deputies and Harbor Police K-9 units searched the campus but did not find any devices.

Poway detectives are searching for the source the threat originated from, deputies said, adding, all students and staff on campus were safe.

You may notice an increased law enforcement presence as you come onto our campus today. The Sheriff’s Department is here investigating a threat that was emailed to the school. The threat makes reference to afterschool hours. We take all threats seriously and the post was reported to law enforcement, who are here on site checking the campus. I hope to have an update for you once I get additional information.

At 10 a.m., Nash informed parents via a letter that the school was placed in a "secure campus mode" that allowed for classroom instruction to continue during the investigation. Doors were locked and access to campus was limited while the secure campus mode is in effect, Nash noted.

Nash asked that parents not go to the school to pick up their children until notified.