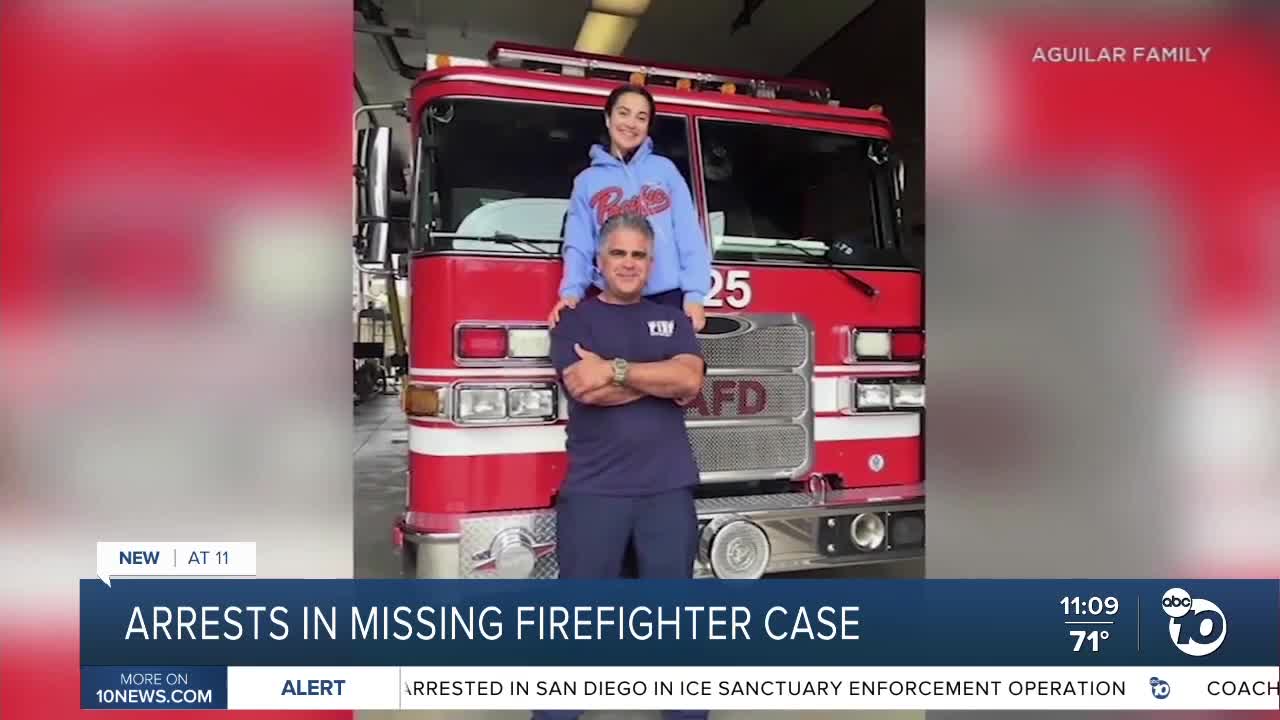 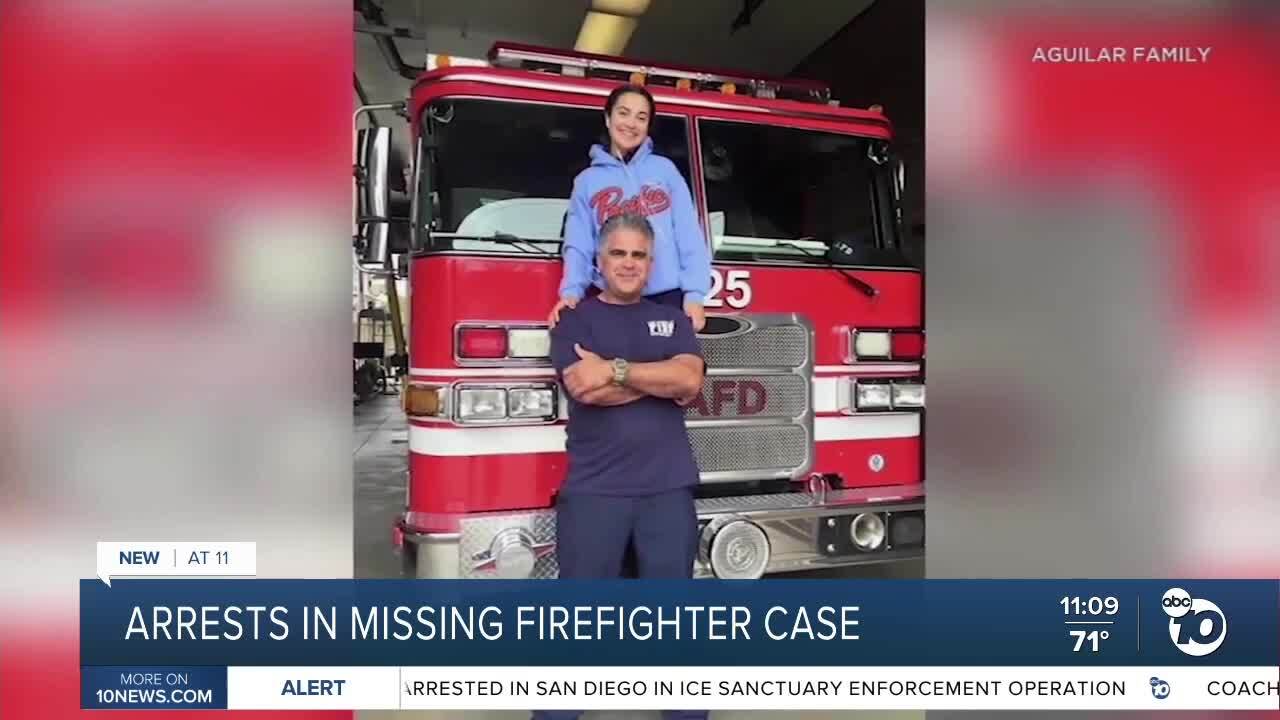 SAN DIEGO (KGTV) - The family of a California Firefighter is hoping for his safe return after authorities in Mexico arrested two people linked to the case.

Authorities announced on Friday that they had arrested a couple linked to the case. The couple has been identified as 32-year-old Fanny N. and 27-year-old Santos N.

They say the couple had bank cards with Aguilar's name on them, and the cards were used at businesses in Ensenada, Rosarito, and Tijuana. The arrest was made Thursday.

Aguilar disappeared in August when we went to his second home in Baja California.

According to Mexican authorities, Aguilar had arranged to meet with one of the suspects at a Rosarito address. They believe it could have been a set up to kidnap him. Aguilar tried to escape.

Authorities say neighbors heard gunshots and investigators found bloodstains in the area, but they have not been able to locate Aguilar.

Aguilar's cousin in San Diego county, Nancy, says she is hopeful that her cousin will be found.

"I have faith that he's out there alive, and we are going to find him," she said.

Authorities are questioning the suspects for leads.