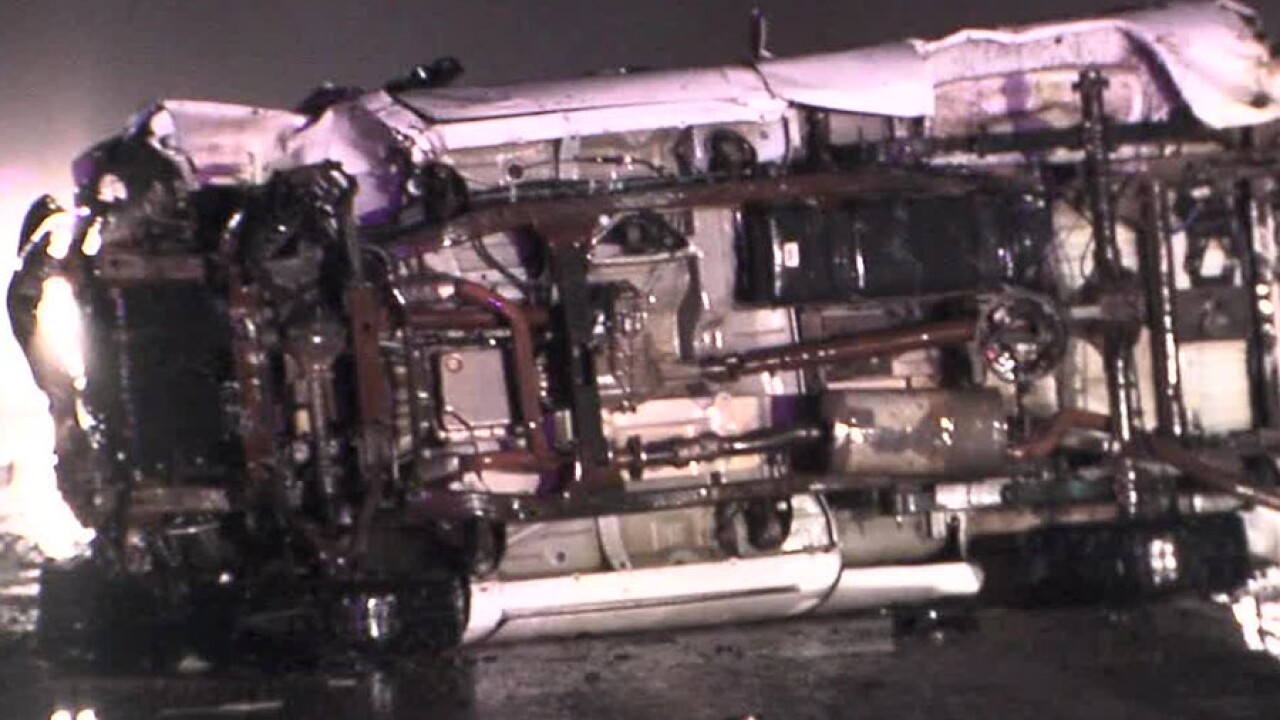 EL CAJON (CNS) - A 21-year-old man accused of leading Border Patrol agents on a high-speed pursuit that ended with a crash on Interstate 8 in Boulevard, killing three of the suspected undocumented immigrants riding in the pickup and injuring seven others, was charged today with murder and other counts.

Arraignment for Luis Alberto Virgen, a U.S. citizen who lives in Tijuana, was postponed until Dec. 18 so he can hire an attorney. He was charged with three counts each of second-degree murder and gross vehicular manslaughter, along with seven counts of reckless driving causing injury.

Virgen, who is being held on $3 million bail, faces up to 45 years to life in prison.

Virgen allegedly sped off when federal officers tried to pull over the passenger-packed white Chevrolet Silverado he was driving near the Mexican border in eastern San Diego County shortly before 4:30 p.m. last Thursday, according to the California Highway Patrol.

With the agents giving chase, Virgen entered Interstate 8 at Buckman Springs Road and fled to the east briefly before exiting at Ribbonwood Road and re-entering the freeway, this time headed west, the Border Patrol reported.

After fleeing for several more miles, the suspect ran over a tire- flattening spike strip that agents had laid across the roadway in his path east of Crestwood Road, according to the federal agency.

About a minute later, the Silverado -- occupied by a single passenger in the front and the rest unrestrained in the cargo bed -- veered off the interstate, went up a dirt embankment, became airborne, overturned and rolled back down the sloping roadside onto the freeway.

Virgen was the only one in the truck wearing a seat belt at the time of the crash, and the others were ejected, CHP public-affairs Officer Travis Garrow said. Two of the male passengers and the sole female member of the group died at the scene of the crash.

The names of the deceased were withheld pending family notification. Paramedics took Virgen and the surviving passengers to a hospital for treatment of moderate to serious injuries, Garrow said.
About an hour after the fatal accident, Border Patrol personnel in the area came across another vehicle believed to have been involved in the apparent human-smuggling attempt and arrested a second man.

The suspect's name was not released.