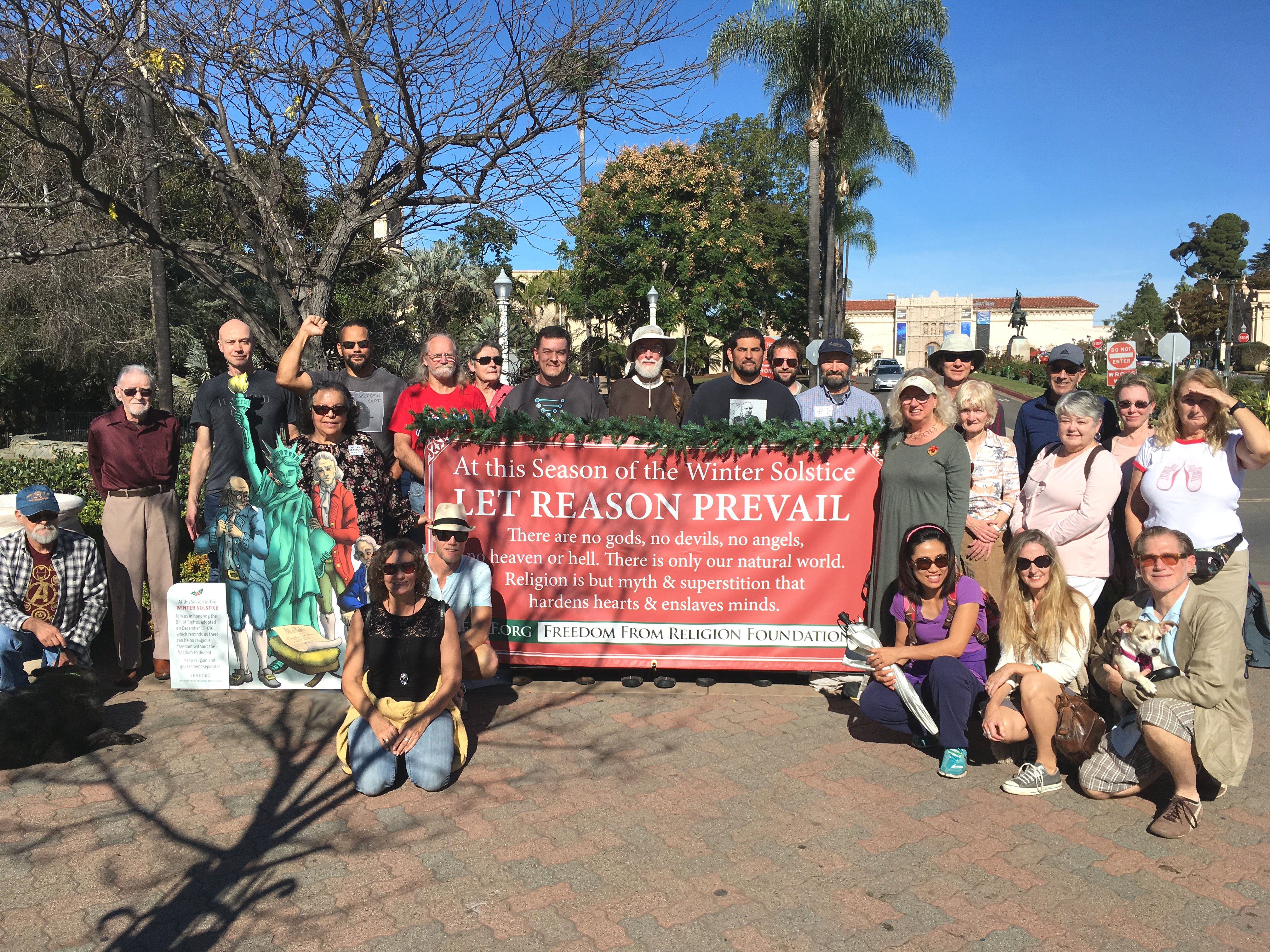 A new sign in Balboa Park claims that religion is a "myth." Its placement next to a traditional nativity display has some people saying it's the wrong way to send a message. 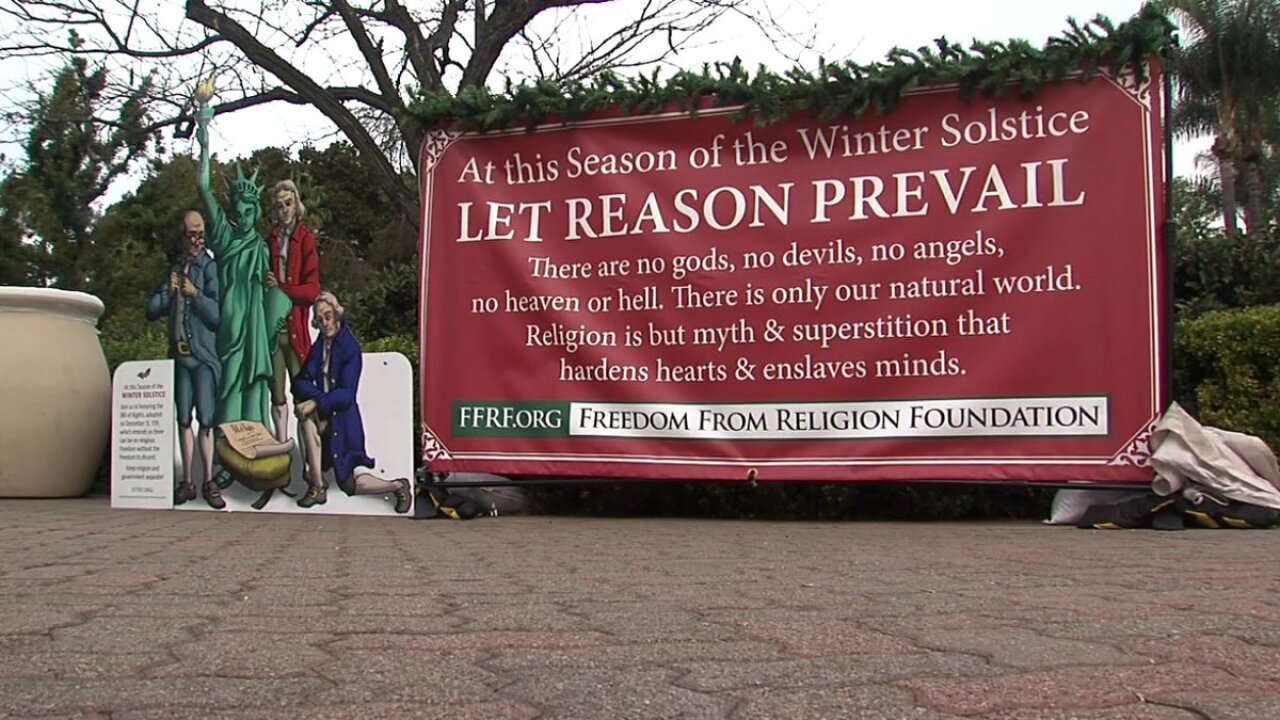 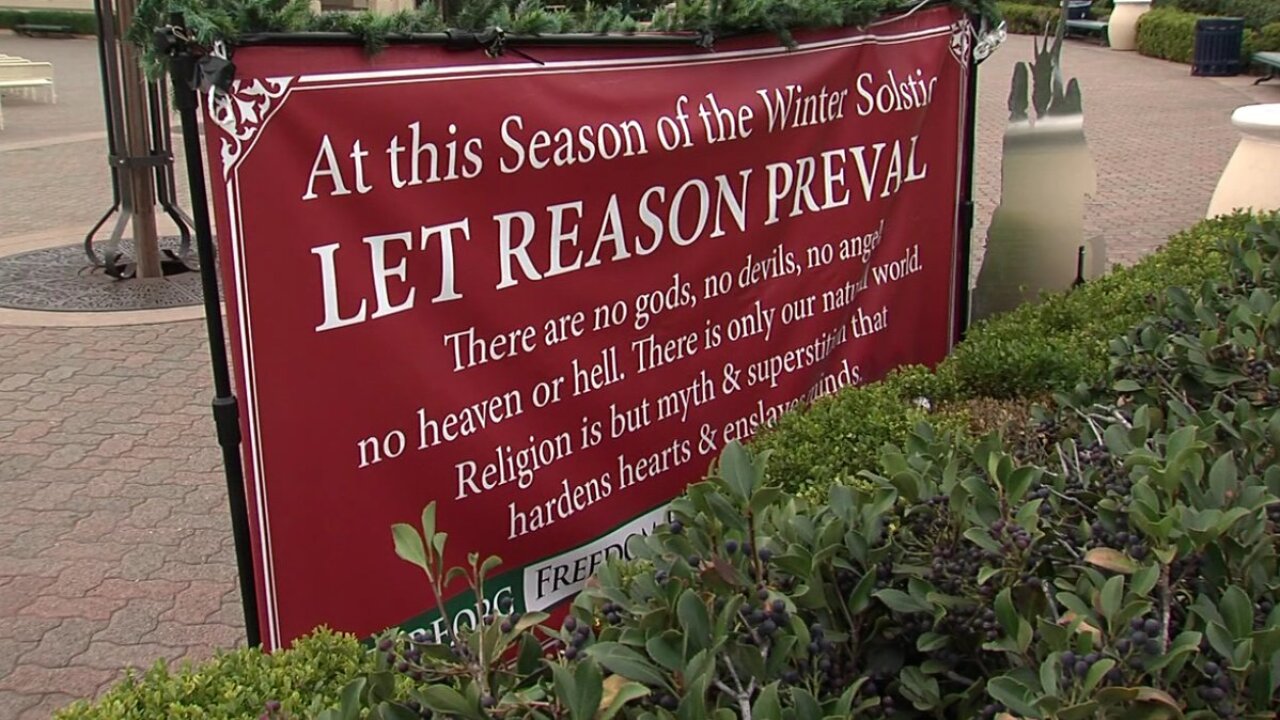 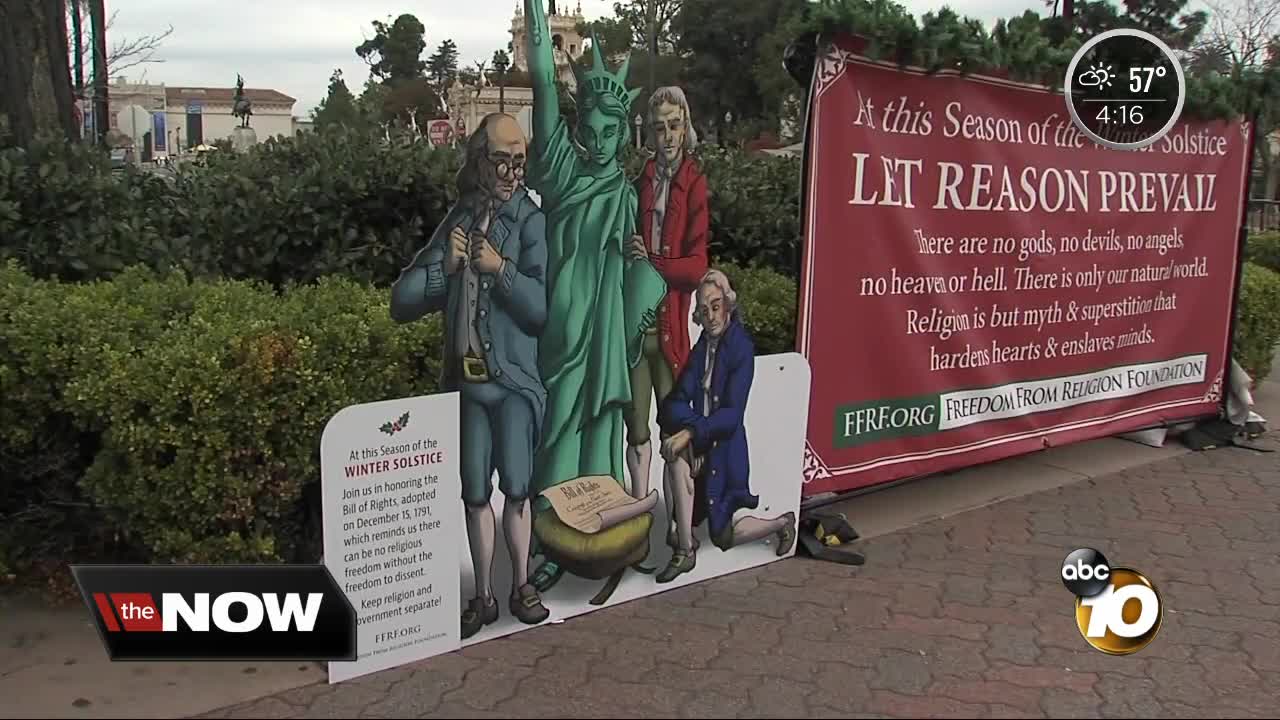 BALBOA PARK, Calif (KGTV) - A sign near Christmas nativity displays at Balboa Park is causing some stir. It says that religion is a myth and that heaven, hell, angels, devils and gods do not exist.
The Freedom From Religion Foundation put up the sign earlier this month. It's one of several similar displays they placed around the country during the holiday season.
A statement from the group says they put the displays together to, "celebrate free-thought and to ensure representation of the growing number of secular Americans."
The FFRF says they went through the legal permitting process with the city to put the sign in place. Members say it's about freedom of speech and the separation of church and state, not a war on Christmas.
"If the city is going to allow space for free expression, it has to allow space for free expression for everyone," says Steve Trunk, an FFRF member in San Diego.
In addition to the sign, the group put up a small "nativity" scene of their own. It features America's Founding Fathers and the Statue of Liberty looking down at a "baby" Bill of Rights. The group says it's part of their holiday celebration, honoring the day when the Bill of Rights was adopted, December 15, 1971.
"That's our holiday," says Trunk,
But some people in the park say it's the wrong way to send a message of freedom.
"It's a little bit on the selfish side," says Diane Sherwood, a University Heights resident who walks through the park and enjoys seeing the Christmas decorations. "If they don't want to come here and see all these things, they certainly don't have to. But to come here and object to them when other people enjoy it isn't right."
"This doesn't speak to our shared humanity," says Jamie Edmonds, who lives in San Diego. "This speaks to polarization, division, squaring off people into different camps."
"I object to the nativity stuff because I feel it's very partisan and doesn't belong on public land, says Leslie Edmonds. But, she adds that the FFRF display is "equally egregious," saying she'd rather see positive messages of inclusion.
"Say that all are welcome here," she says. "That would be a step to take all those beliefs and widen it out to make people more aware."
The FFRF says they stand by their sign, and it will be up in Balboa Park as long as the Christmas decorations are there.
"Our thing as an organization is religious freedom," says Trunk. "That includes the freedom not to be religious."