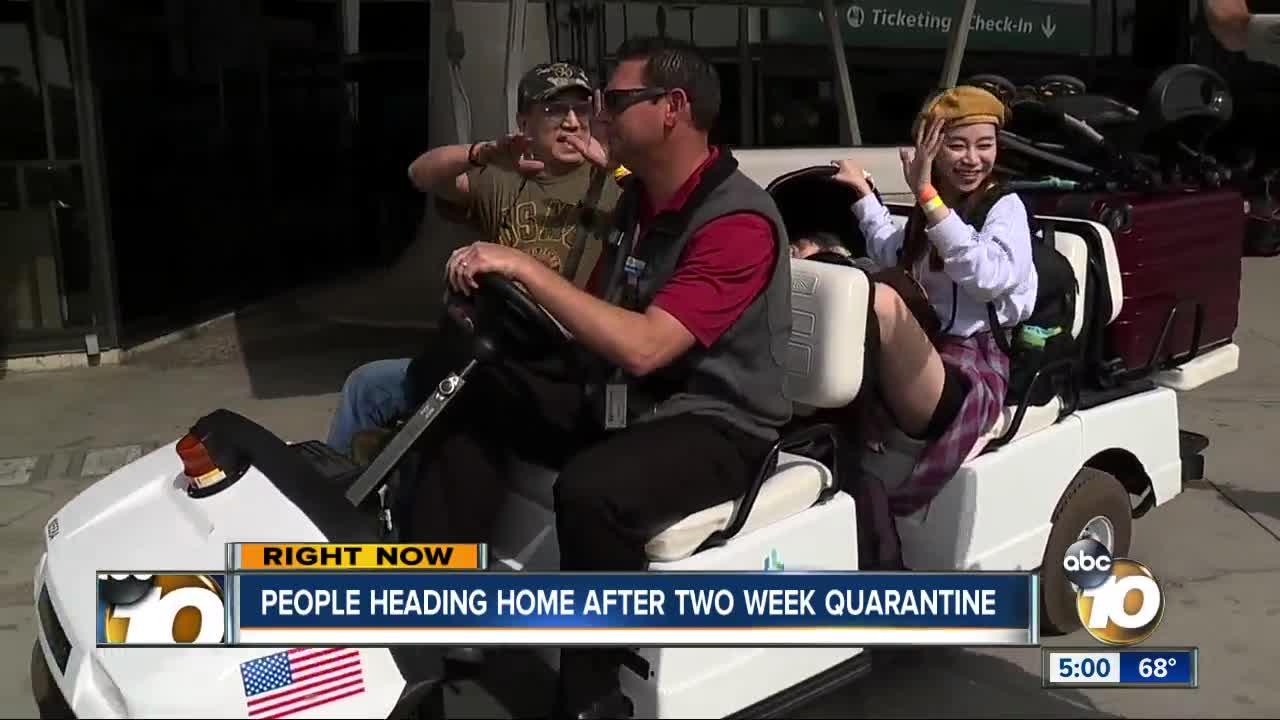 Another group of evacuees staying at MCAS Miramar as part of a 14-day quarantine over the coronavirus is heading home now. 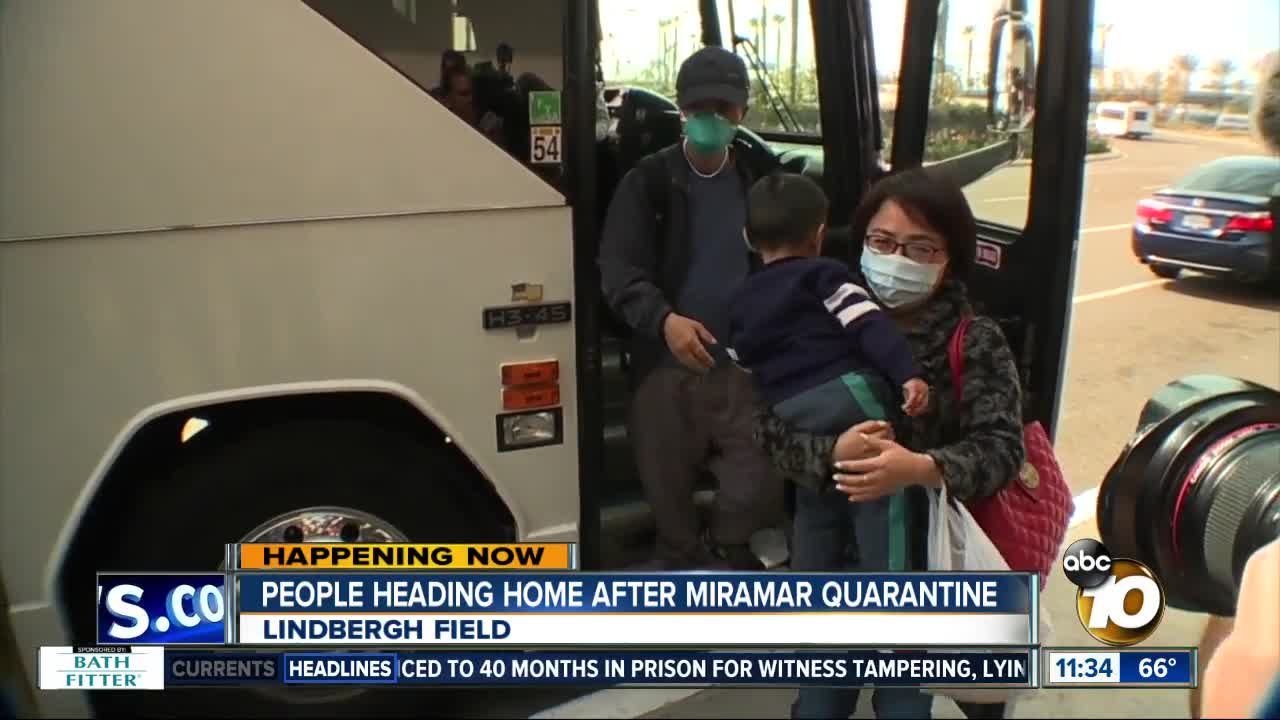 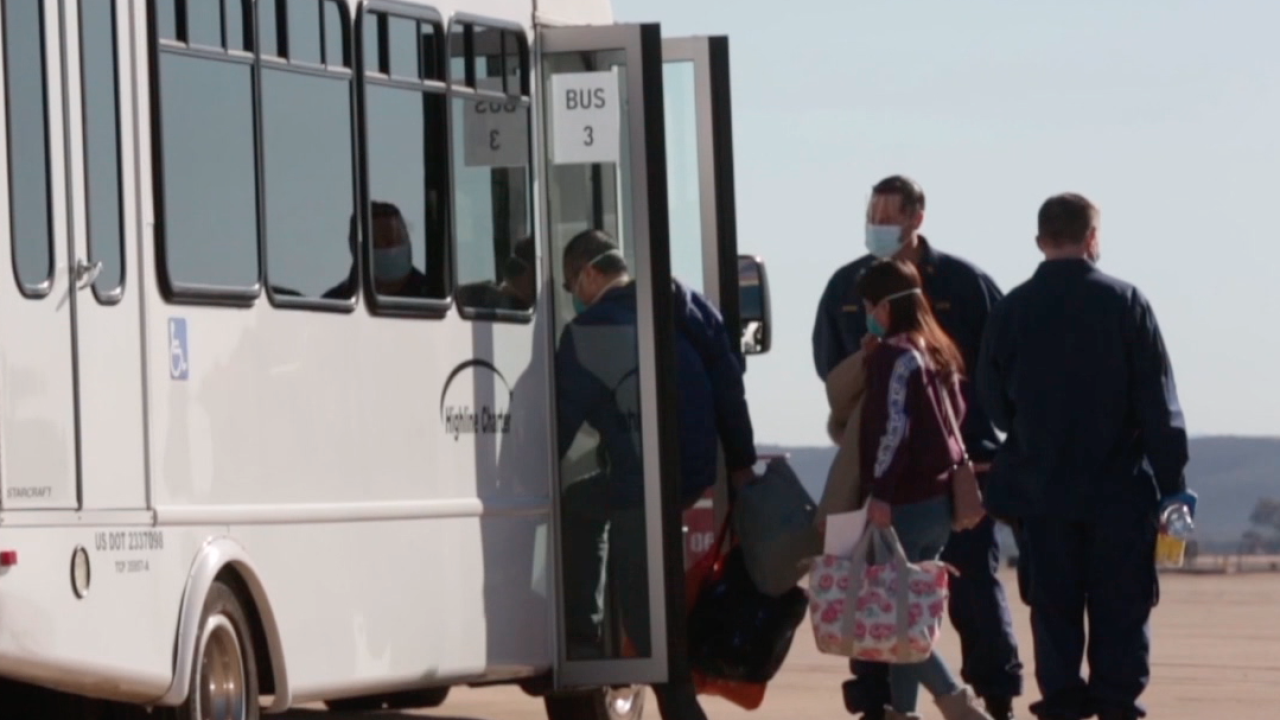 "When we in China we were afraid of the coronavirus," said Ti Fan who was released from quarantine with his wife and daughter. "When we came to America we feel safety and happy."

Fan said he did not mind being quarantined and it gave him an opportunity to spend uninterrupted quality time with his family.

"You helped us overcome the fear of coronavirus. God Bless America," he said.

Other people released told 10News they enjoyed their stay and appreciated the Centers for Disease Control and Prevention (CDC) staff's patience and kindness.


The 63 were among 65 passengers who flew into San Diego on Feb. 7 after evacuating Wuhan, China -- epicenter of the novel coronavirus known as COVID-19. Two other passengers confirmed to have COVID-19 are under observation at UC San Diego Health in Hillcrest.


More than 200 people were quarantined at one time at the base, with 166 who initially arrived in San Diego on Feb. 5 released on Tuesday.

The San Diego County Board of Supervisors unanimously reaffirmed and extended a local health emergency declaration on Wednesday in response to concerns about the coronavirus outbreak. Despite the declaration, however, county officials stressed that the risk of contracting the virus locally remains extremely low.