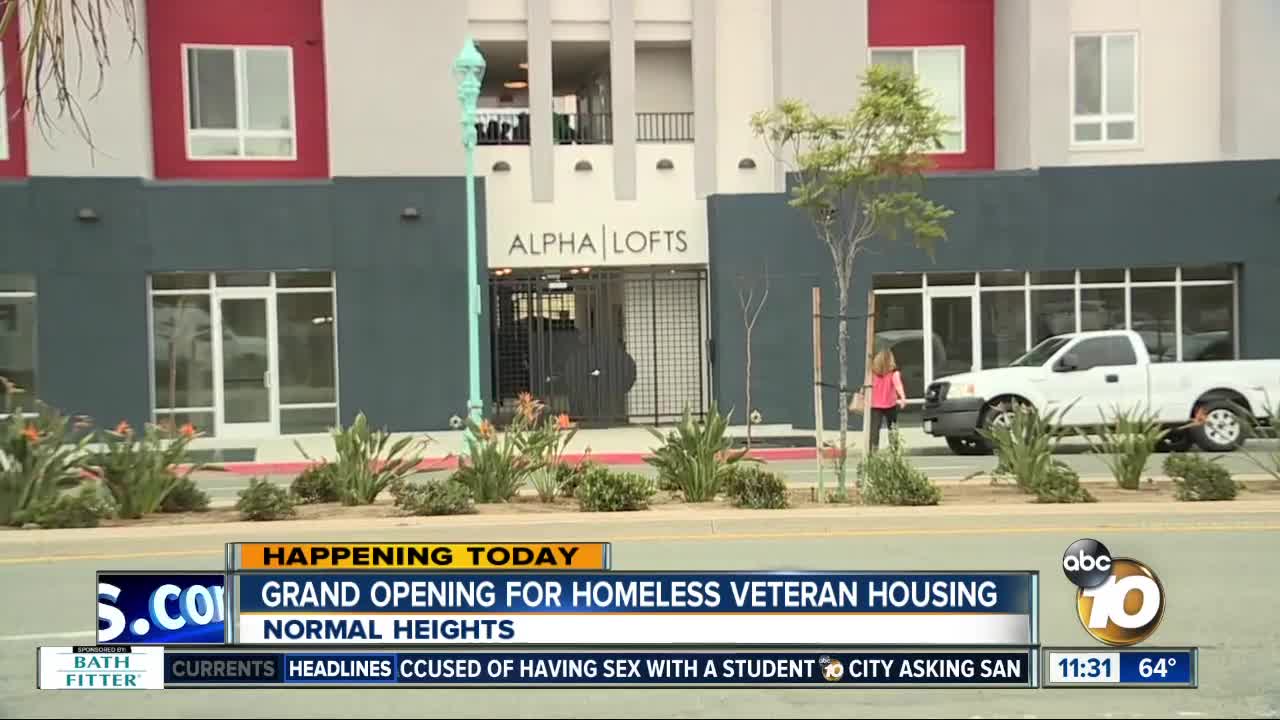 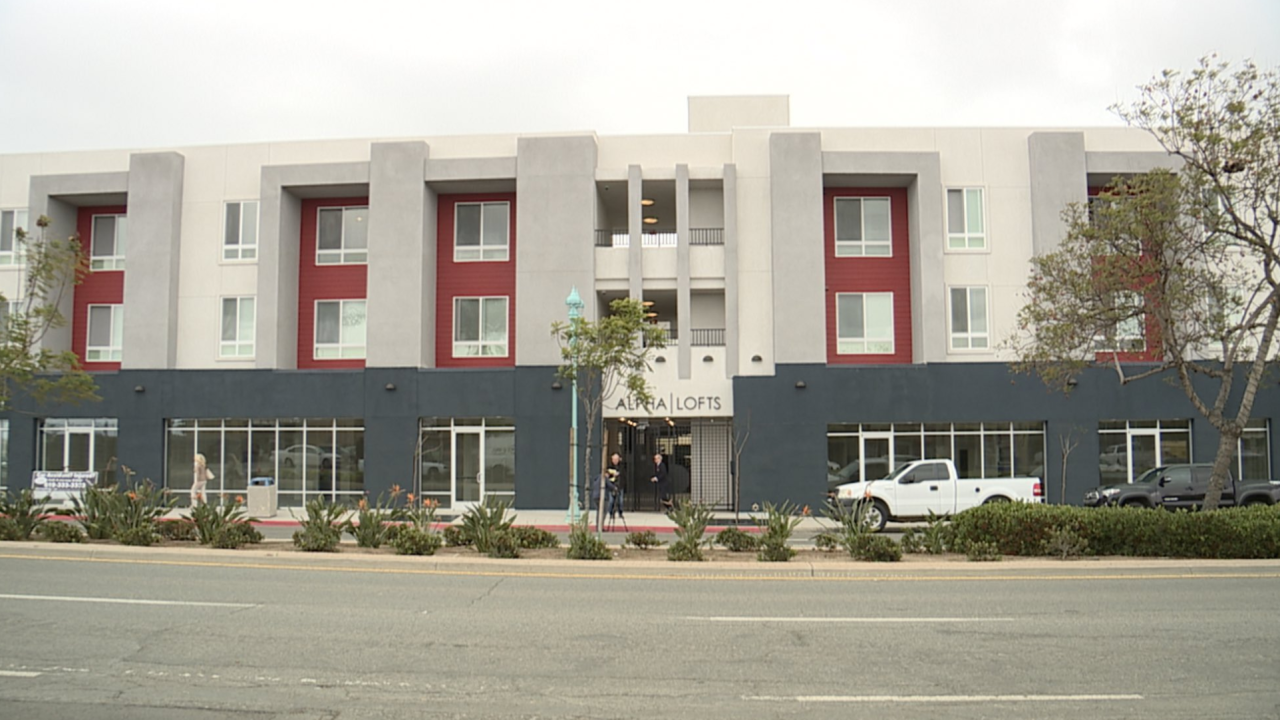 SAN DIEGO (KGTV) - 52 formerly homeless military veterans now have a roof over their heads at the Alpha Lofts in Normal Heights.

Tuesday the Alpha Lofts held its Grand Opening ceremony, but many of the veterans moved in weeks ago.

Marine Corps Veteran Mark Kaleimamahu was on the streets for years before the Alpha Project helped him fill out the paperwork to make a one-bedroom apartment his home.

"It's been a long time coming," says Kaleimamahu, who was born in Hawaii, but spent much of his childhood in the San Diego area.

Kaleimamahu has Multiple Sclerosis and says being on the streets was particularly challenging due to his disability.

The Alpha Lofts are supported by a partnership with Housing First San Diego, using federal rental housing vouchers and development funds from the San Diego Housing Commission, The Department of Housing and Urban Development and the City of San Diego.

The first to move in was Charles Needs, a veteran of the Army's 82nd Airborne Division, who says his apartment has a beautiful view of the mountains.

The Alpha Lofts offer on-site services for these vets, such as resume writing, employment counseling, and help with substance abuse and mental health issues.

Needs says beyond that, it offers them "a brotherhood... We look out for each other."