A face mask coated in a biological mousetrap for the virus? Just one of AXIM's inventions 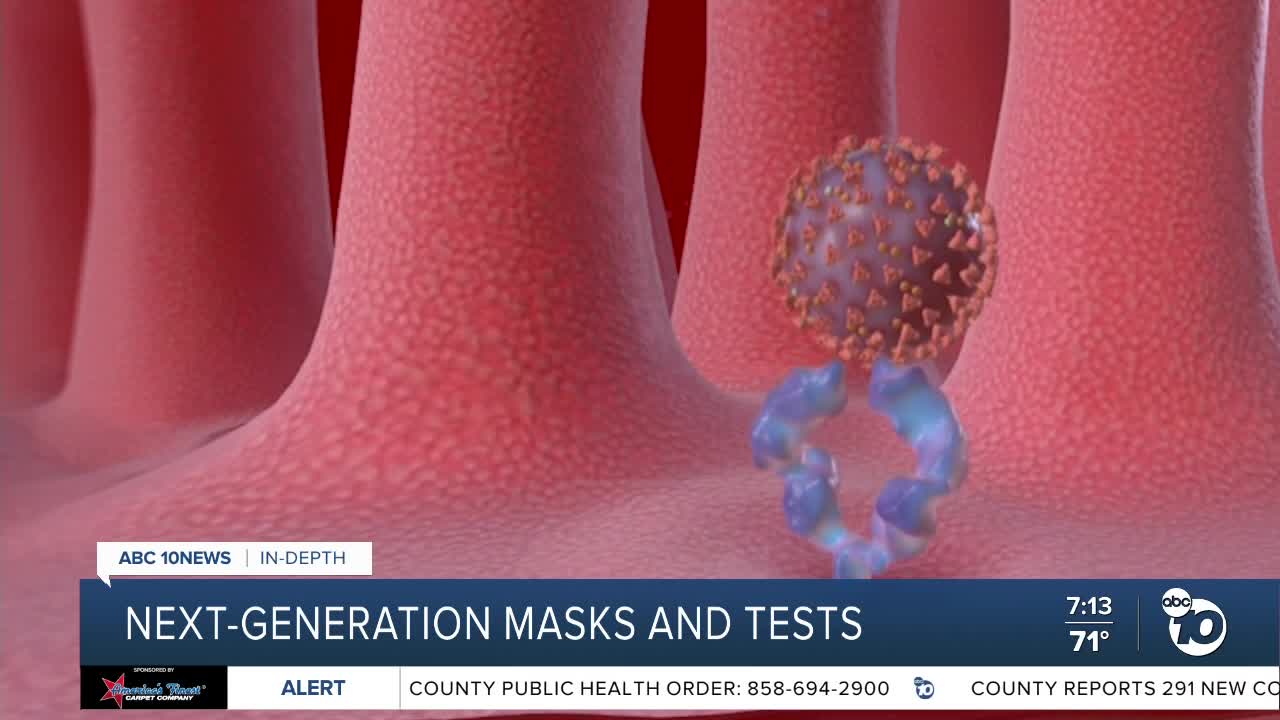 A small San Diego biotech is trying to give face masks an added layer of defense by spraying the liner with a biological bait designed to be a mousetrap for the coronavirus. 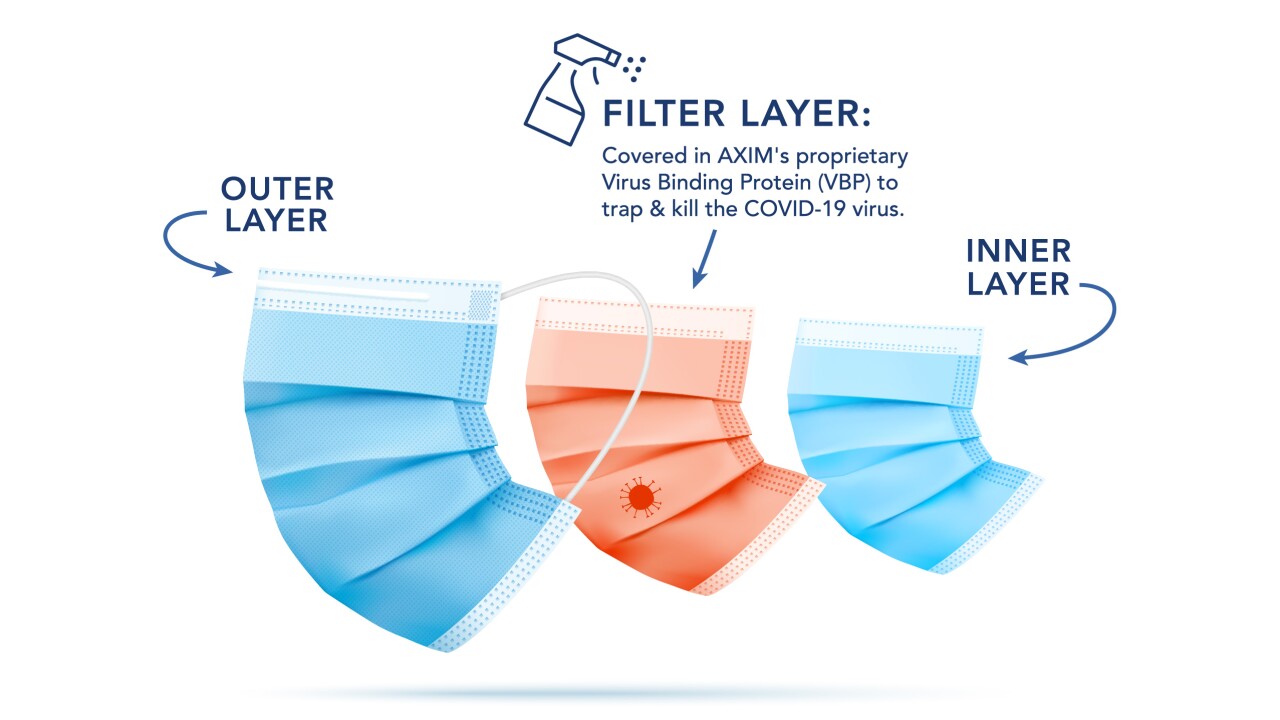 SAN DIEGO (KGTV) — A small San Diego biotech is trying to give face masks an added layer of defense by spraying the liner with a biological bait designed to be a mousetrap for the coronavirus.

Both the test and the surgical mask are based on the same technology: a synthetic protein AXIM created that mimics ACE2.

ACE2 is a receptor protein found in your body on the surface of cells. The coronavirus likes to bind to it to infiltrate cells, so the company decided to coat the inner lining of a surgical mask with the protein as an added barrier.

“They lock to each other just like they do in your body. They lock on the mask. So when we spray the mask with that virus-binding protein, it's there permanently. It can be washed. It's not coming off,” Huemoeller said.

“That's the whole idea is to get [the virus] to bind to something, so it cannot go into your respiratory system,” he added.

AXIM’s mask is still a ways off from hitting the market. Huemoeller said it needs to undergo further testing to get FDA approval and the company is still looking for a manufacturing partner. The company is hoping to release the enhanced mask by the middle of next year.

“We’re hoping that maybe [the FDA will] steamline it because this is something that can save lives,” Huemoeller said.

With fewer than 10 scientists, AXIM is a small biotech based in Sorrento Valley. But the company thinks it's poised to be at the center of the second wave of antibody tests for so-called neutralizing antibodies.

AXIM’s lateral flow assay antibody test, dubbed Tru-19, takes a drop of blood and can return results in 10 minutes to determine if someone has neutralizing antibodies, according to Huemoeller.

In addition to uses at doctors’ offices, the company said the test would have immediate applications at labs processing convalescent plasma.

Since as many as one-third of people who recover from COVID-19 do not produce neutralizing antibodies, Huemoeller said the test could help determine which patients would be optimal candidates to donate plasma.