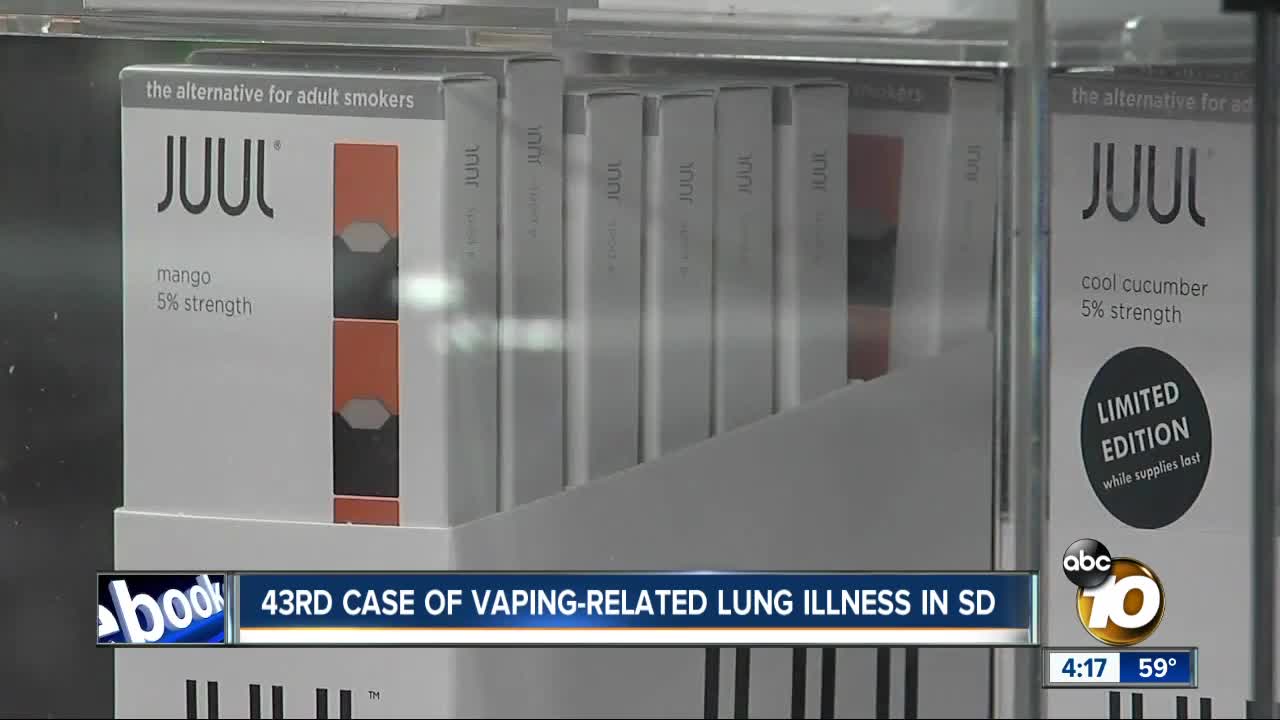 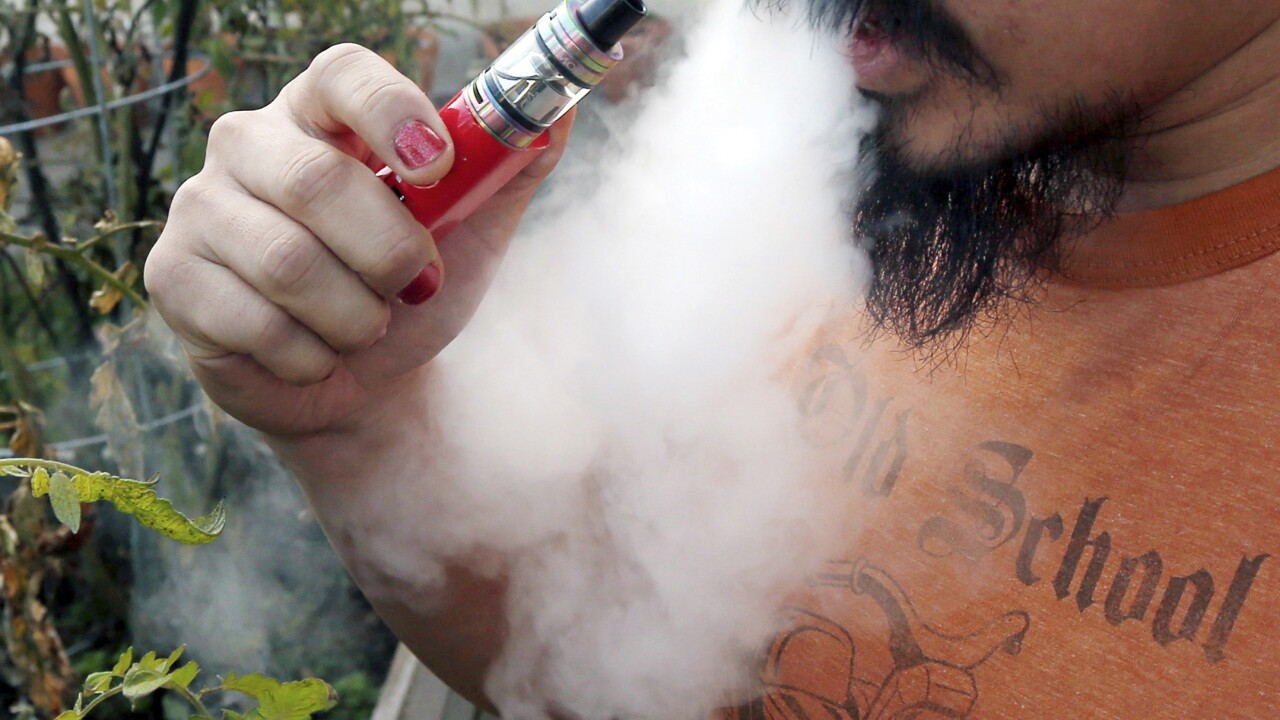 So far in San Diego, there have been 43 confirmed cases of vaping-associated lung injury with three cases under investigation. There haven't been any local deaths, but all patients have had to be hospitalized. Those affected range in age from 17 to 70 years old, according to the county.

As of Jan. 7, the CDC has reported 2,602 hospitalizations or deaths from sudden and severe lung injuries associated with vaping.

The San Diego County Board of Supervisors is set to discuss several potential local actions on regulating e-cigarette devices during a Jan. 14 meeting. Those ordinances include a ban on flavored tobacco sale and distribution, device moratorium, and restricting e-cigarette smoking to outdoor areas at restaurant. The ordinances would apply to unincorporated parts of the county.

“As stewards of public health; we have a responsibility to raise awareness and act in the best interest of the public to protect them,” said Supervisor Fletcher. “Right now we simply do not know enough about the chemicals being consumed and their impacts. We are acting in a similar fashion to other jurisdictions in California, we are acting with an abundance of caution.”