4 rushed to hospital after fiery crash on El Cajon road 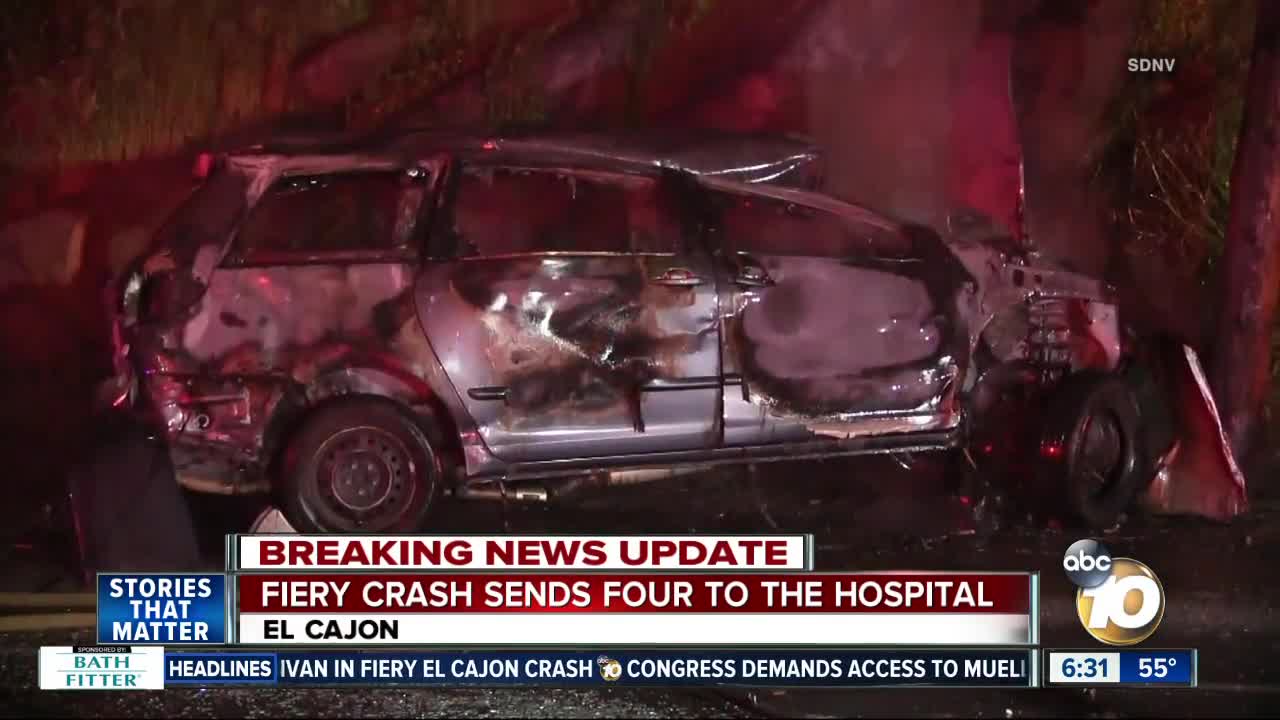 Four young males were rushed to the hospital after the van they were in crashed on Avocado Avenue. 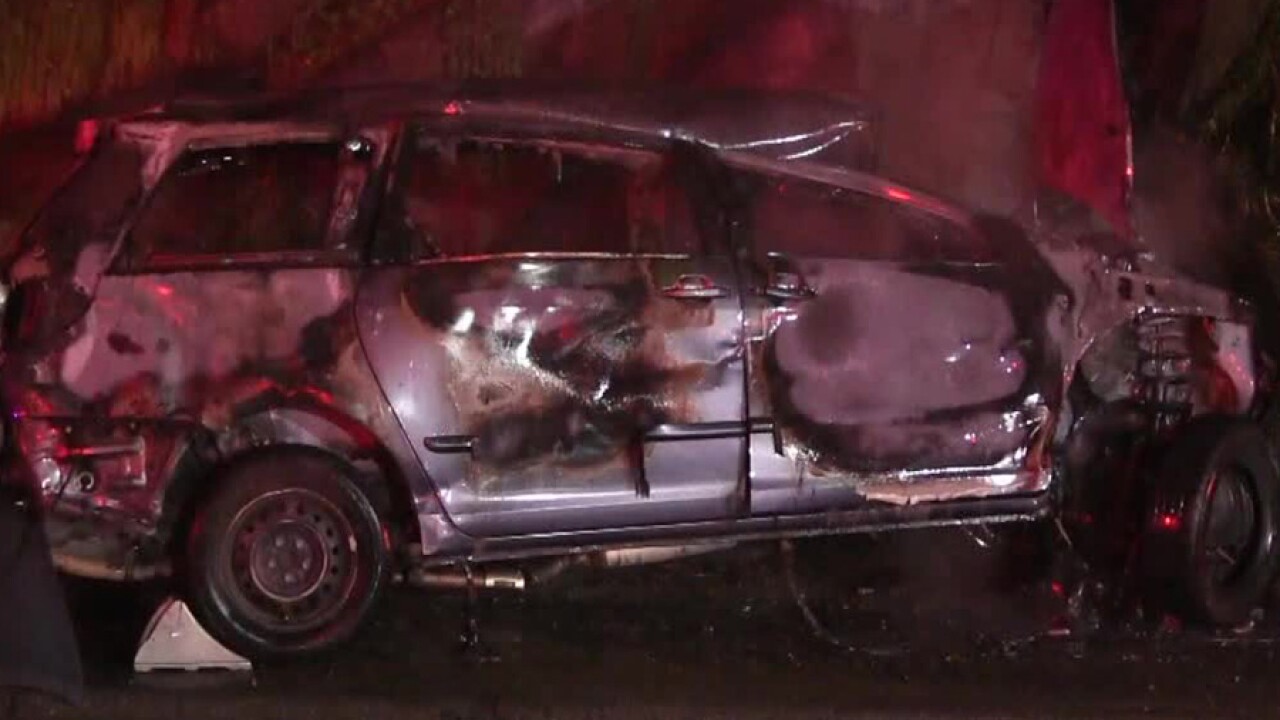 EL CAJON, Calif. (KGTV) - Four young males were rushed to the hospital after being ejected from a minivan that crashed on an El Cajon road and burst into flames.

The crash happened at around 9:15 p.m. Monday in the 1500 block of Avocado Avenue, according to El Cajon police.

Police said officers and paramedics responded to witness reports of a crash involving a Toyota minivan that was traveling northbound on Avocado Avenue at a high rate of speed. The driver apparently lost control, veered off the roadway, slammed a rock wall embankment and rolled over.

All four occupants were thrown from the vehicle, police confirmed. As of Wednesday afternoon, all four men were in stable condition with serious injuries, police said.

The van caught fire and also ignited a nearby wooden utility pole, but responding firefighters were able to quickly douse the flames.

As of Wednesday afternoon, all four men were in stable condition with serious injuries. Police said the males, who haven't been identified at this time, appeared to be in their late teens or early 20s.

Police said they have not determined if drugs or alcohol were a factor in the crash, but speed did play a role.

The crash and investigation forced the closure of both directions of Avocado Avenue from E. Chase Avenue to Skywood Drive. The roadway was reopened at 6:30 a.m.