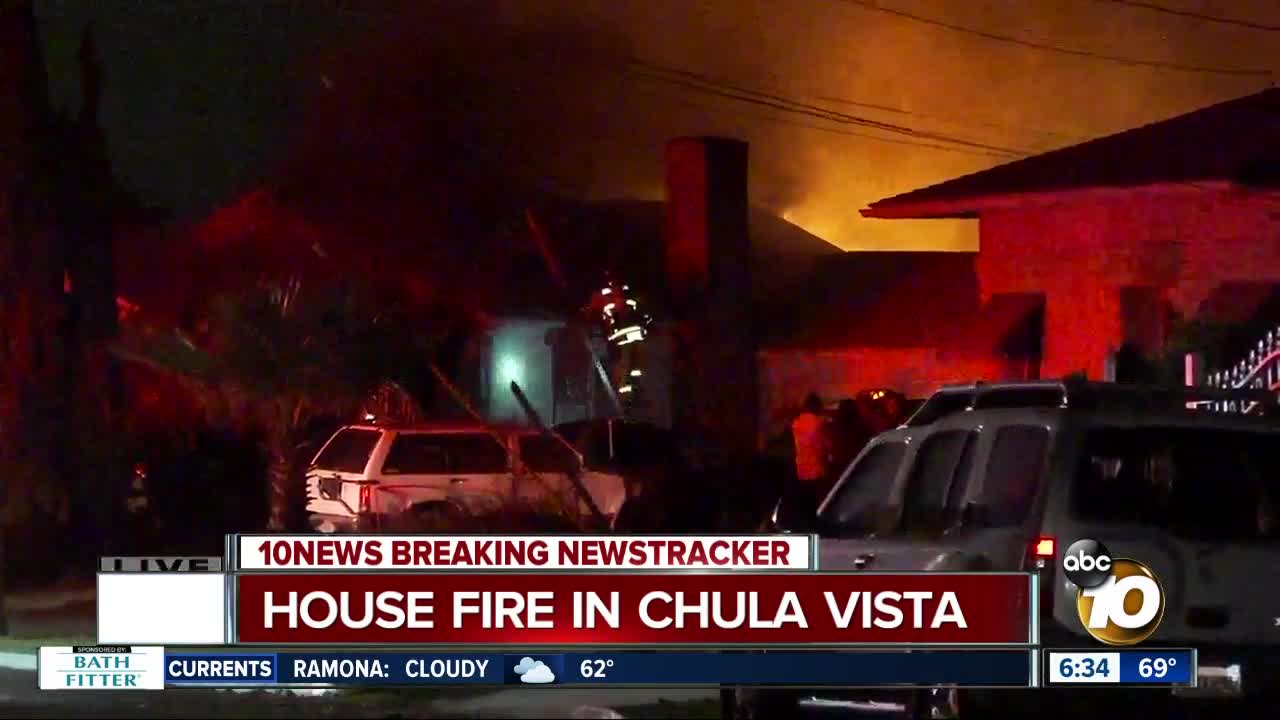 A family escaped a fire that erupted at a home on Del Mar Ave. in Chula Vista. 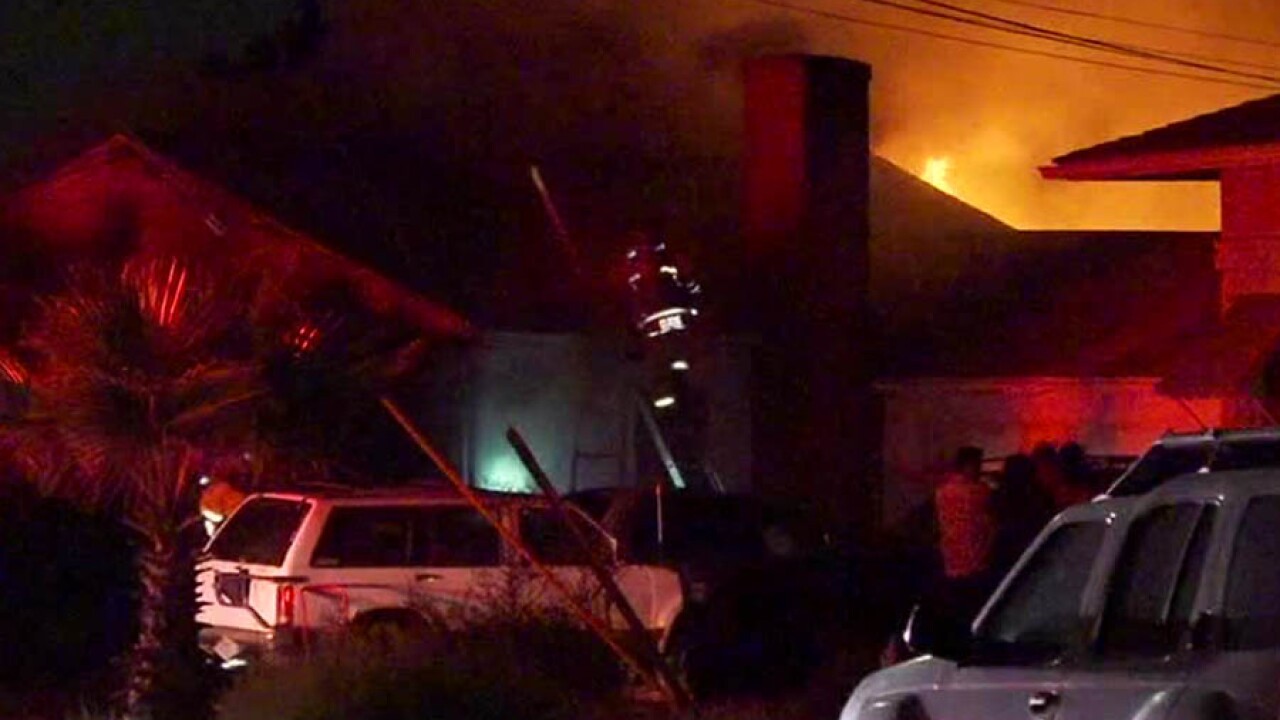 The fire erupted at around 4:45 am. in the back of a home in the 500 block of Del Mar Avenue, according to fire officials at the scene.

Several neighbors reported hearing explosion-like noises at around the same time the fire was reported, and fire officials believe that may have been propane tanks located at the back of the house.

Crews were able to put out the flames within 20 minutes as two men, two women and two small dogs got to safety.

The house sustained heavy damage, but no injuries were reported.