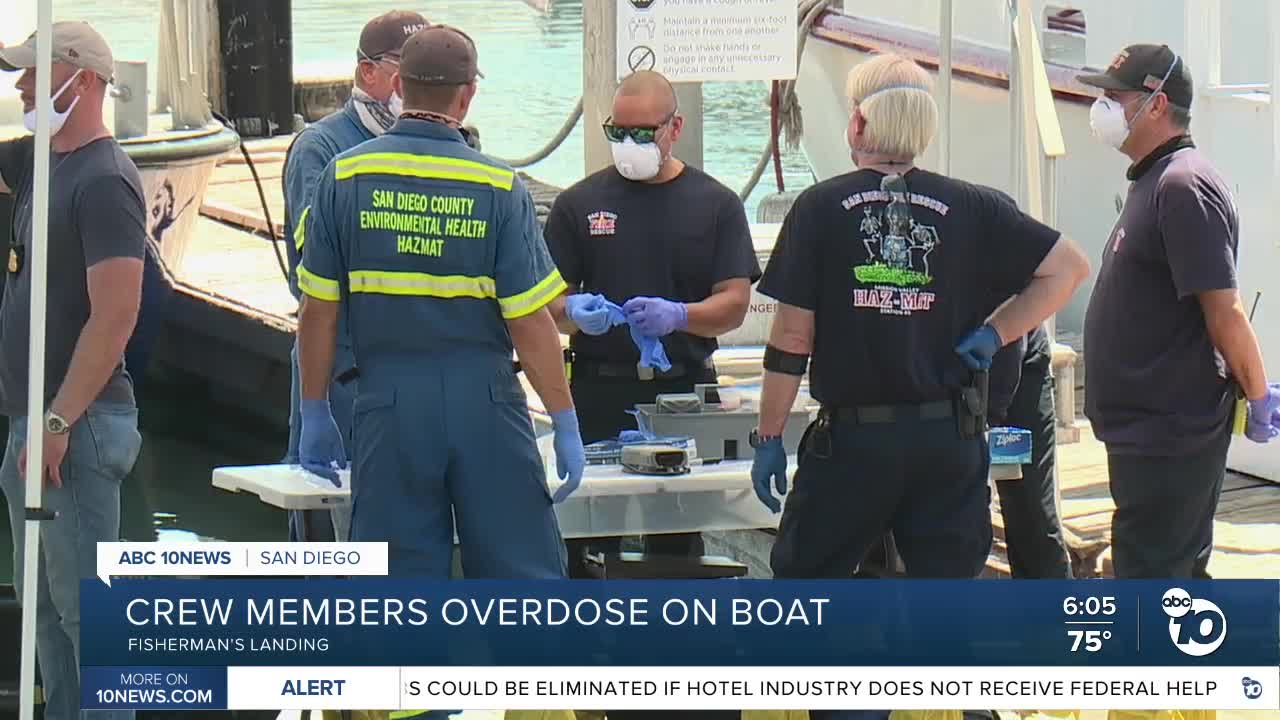 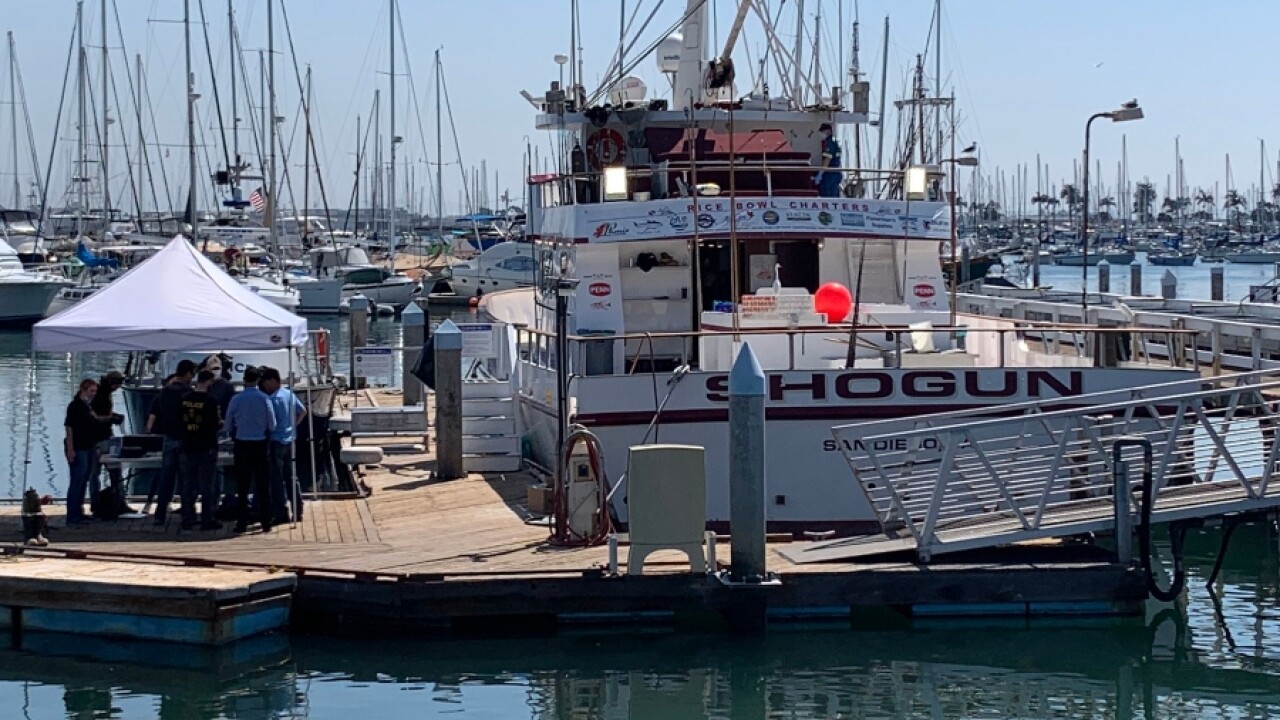 Harbor Police said four men were found unresponsive on a charter boat docked at Fisherman’s Landing, off San Diego Bay, at around 9 a.m.

ABC 10News learned investigators are looking into the possibility the men may have overdosed on drugs laced with fentanyl.

The men were given Narcan and taken to the hospital. Narcan is typically used to aid someone suspected of overdosing on opioids, including heroin and prescription pain medications.

There is no immediate word on their condition.