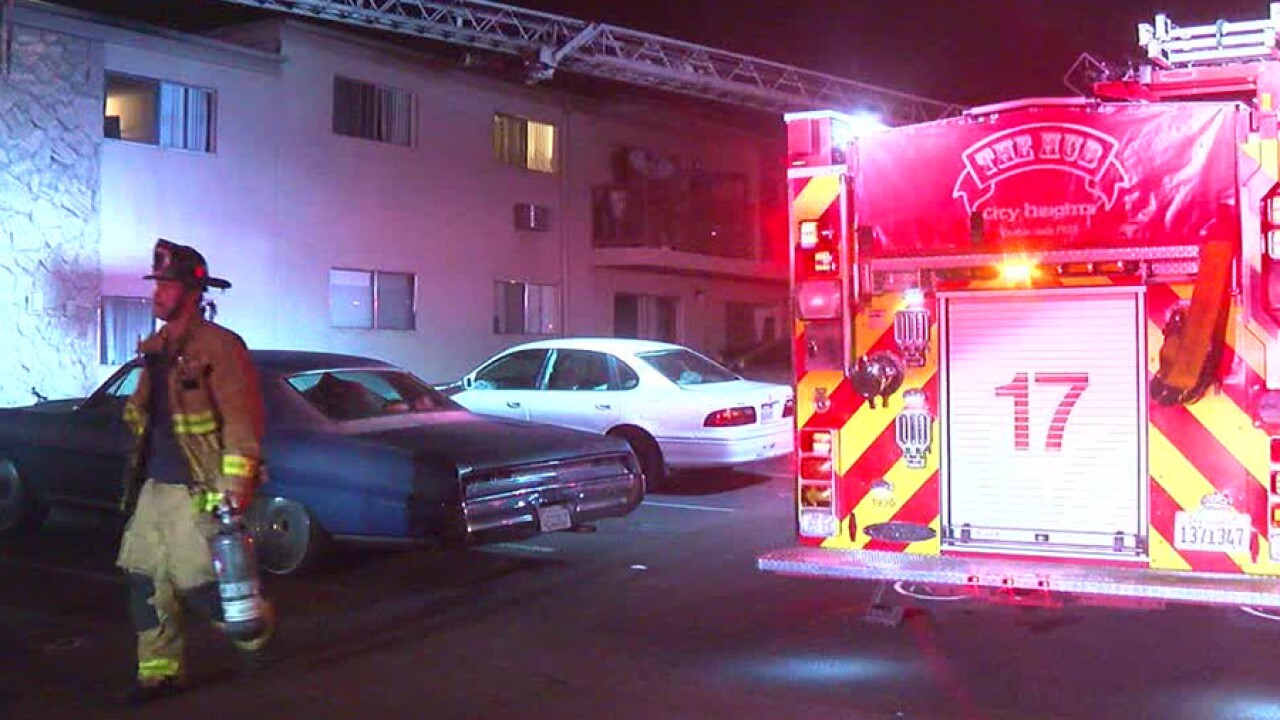 SAN DIEGO (CNS) - Four people, including a child, were hospitalized with injuries from smoke inhalation from a fire caused by the child lighting a candle too close to a Christmas tree in an apartment building in the Webster neighborhood, authorities said.

The patients were taken to UC San Diego Medical Center, but their conditions were not immediately available.

The blaze was reported at 7:40 p.m. Monday at the Regency Center Apartments near the corner of Euclid and Home Avenues, according to San Diego Fire-Rescue Department Battalion Chief Rick Ballard. The fire spread to other units in the building but was eventually contained by firefighters.