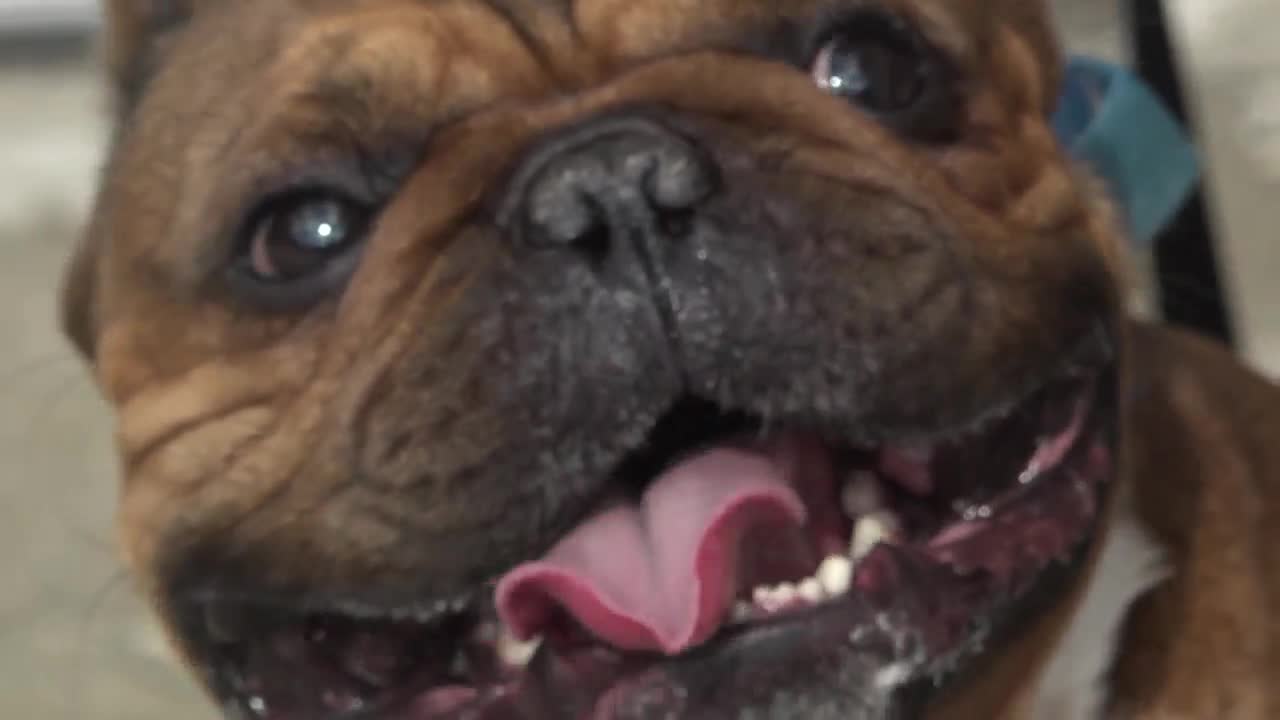 A Vista family is crediting their 3-year-old French Bulldog with thwarting a burglar at the front door. 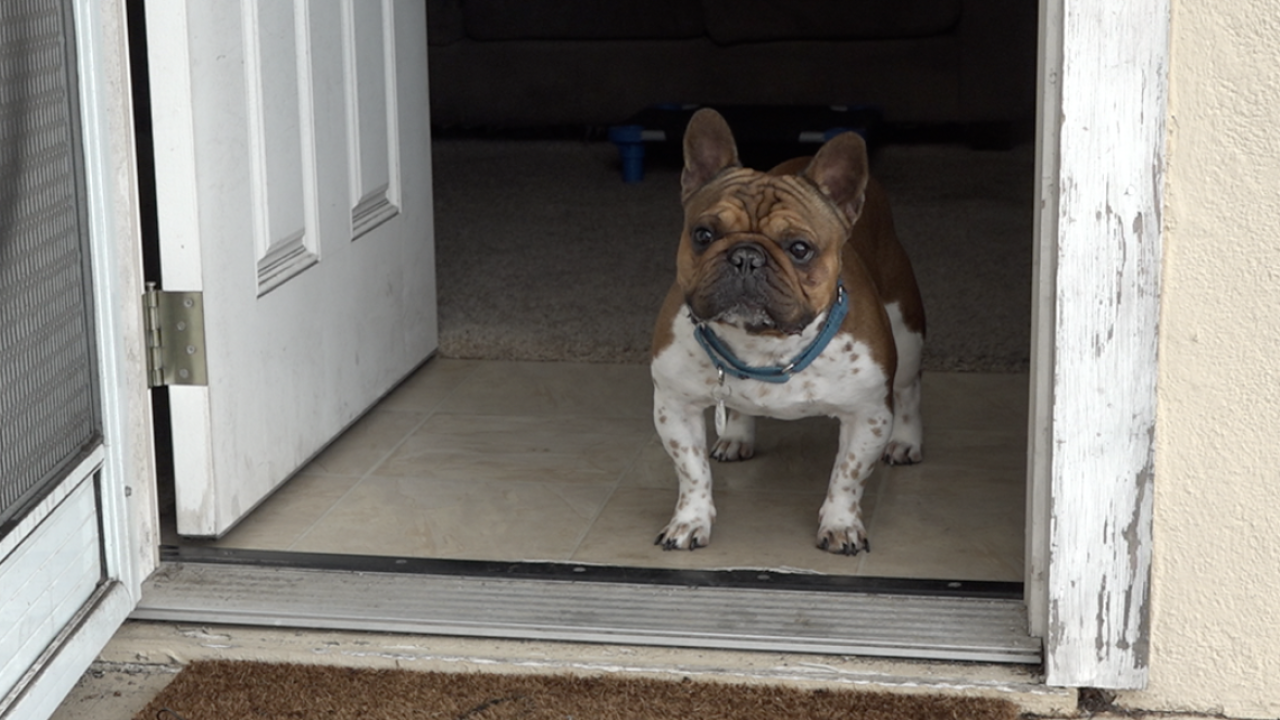 VISTA, Calif. (KGTV) - A Vista family is crediting their 3-year-old French Bulldog with thwarting a burglar at the front door.

Last Thursday, just past noon and eight minutes after Samantha Sanchez left her home on Olive Drive, she got an alert of noise near her door.

When she got home, she saw her front door, busted and wide open.

A motion activated camera she had just installed to monitor her dog Harley - who suffers from epilepsy and is prone to frequent seizures - had captured part of what happened. On the video, the sounds of something being jammed into the door can be heard.

Harley then starts to growl. The video stops and then skips 12 seconds. In the next images, Harley is seen sitting, staring at an open door. Sanchez believes the intruder never got inside because of her 30 lb. Frenchie.

When it comes to Frenchies, there are snorter and non-snorters. Harley is definitely the former.

"You can see how he would be mistaken for a bigger, more aggressive dog just by how loud he is," said Sanchez.

Sanchez cant help but smile when she thinks about what greeted the burglar at the door.

"Harley is my hero. He saved us," said Sanchez.

His actions unfolded even though he may have needed the saving. A fresh urine stain that day meant he likely had a seizure during or after the break-in. But this hero wouldn't be stopped.

Sanchez says Harley will remain on alert. There have been two other burglaries in the same neighborhood in the past week.