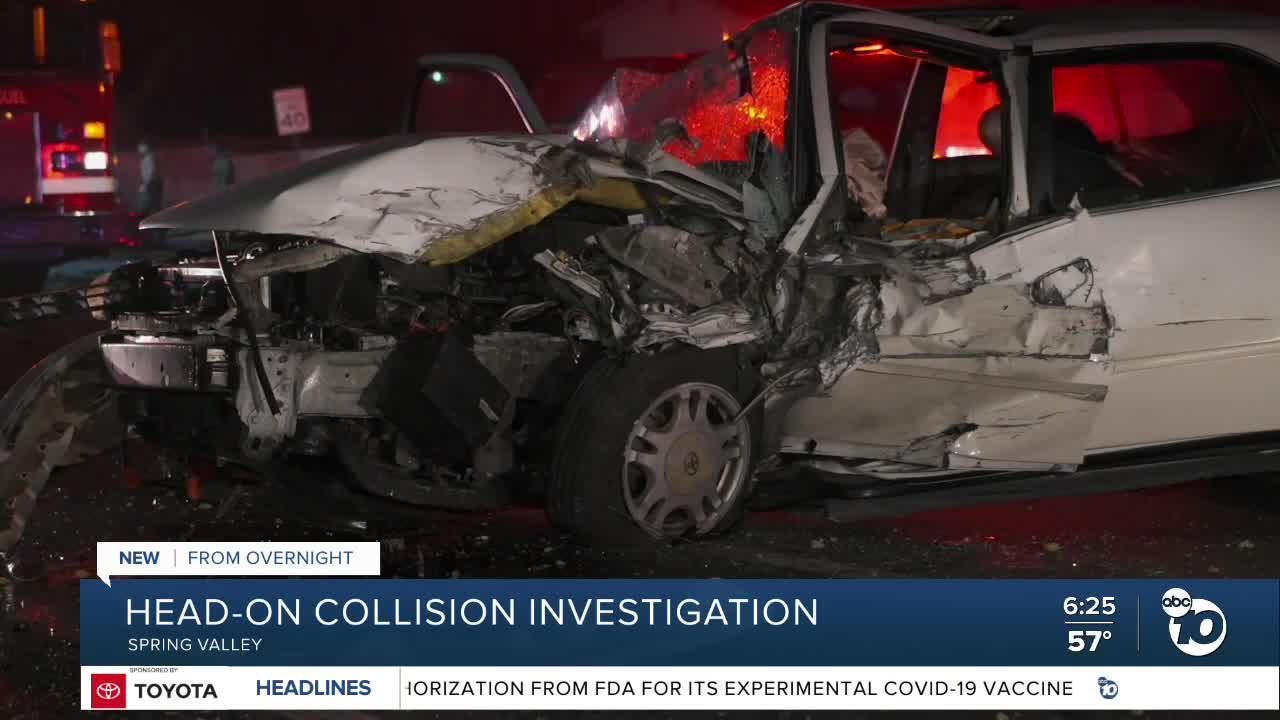 Three people were taken to the hospital after a head-on collision on Jamacha Road in Spring Valley.

SPRING VALLEY, Calif. (KGTV) -- Three people were rushed to the hospital early Monday morning after a head-on collision on a Spring Valley street.

According to the California Highway Patrol, the crash happened in the 9100 block of Jamacha Boulevard, near Kempton Street, at around 1:30 a.m.

While the events that led to the crash remain under investigation, CHP officials confirmed two cars collided head-on and left the drivers of each vehicle trapped.

Emergency crews took about 15 minutes to extricate the drivers and a passenger from the wreckage. The conditions of the victims are unknown.

No other vehicles were involved and no other injuries were reported.