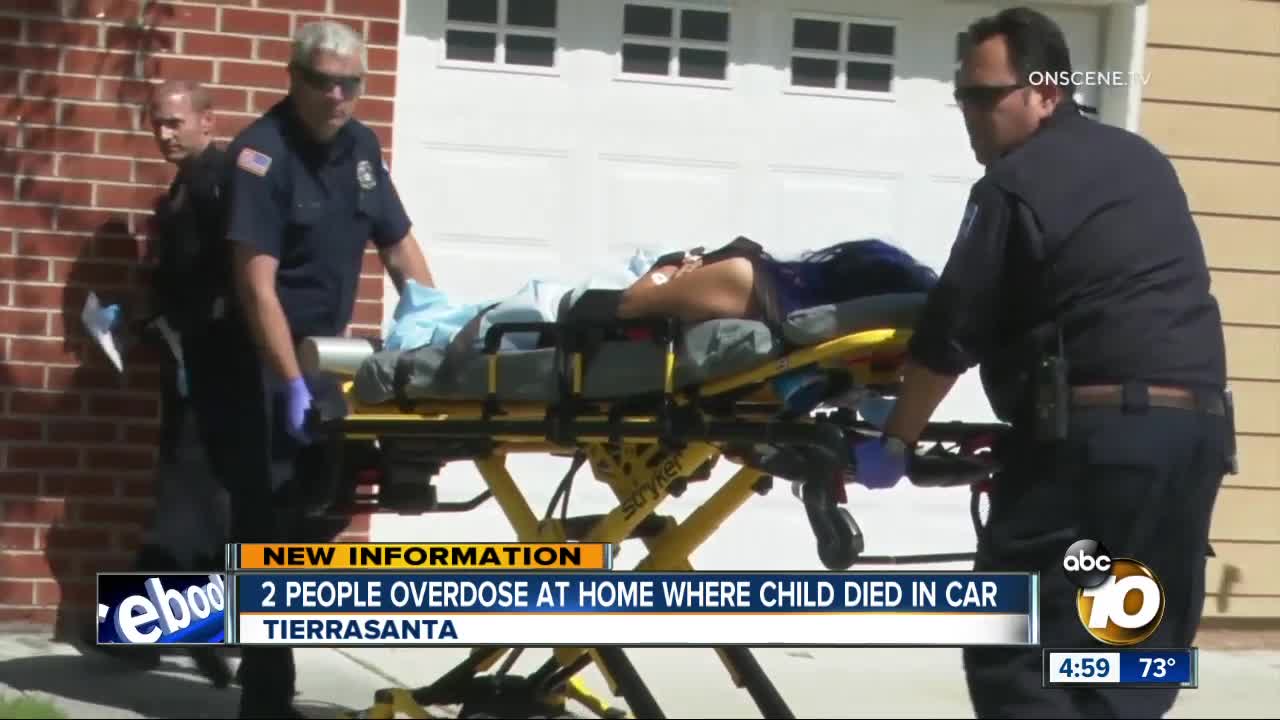 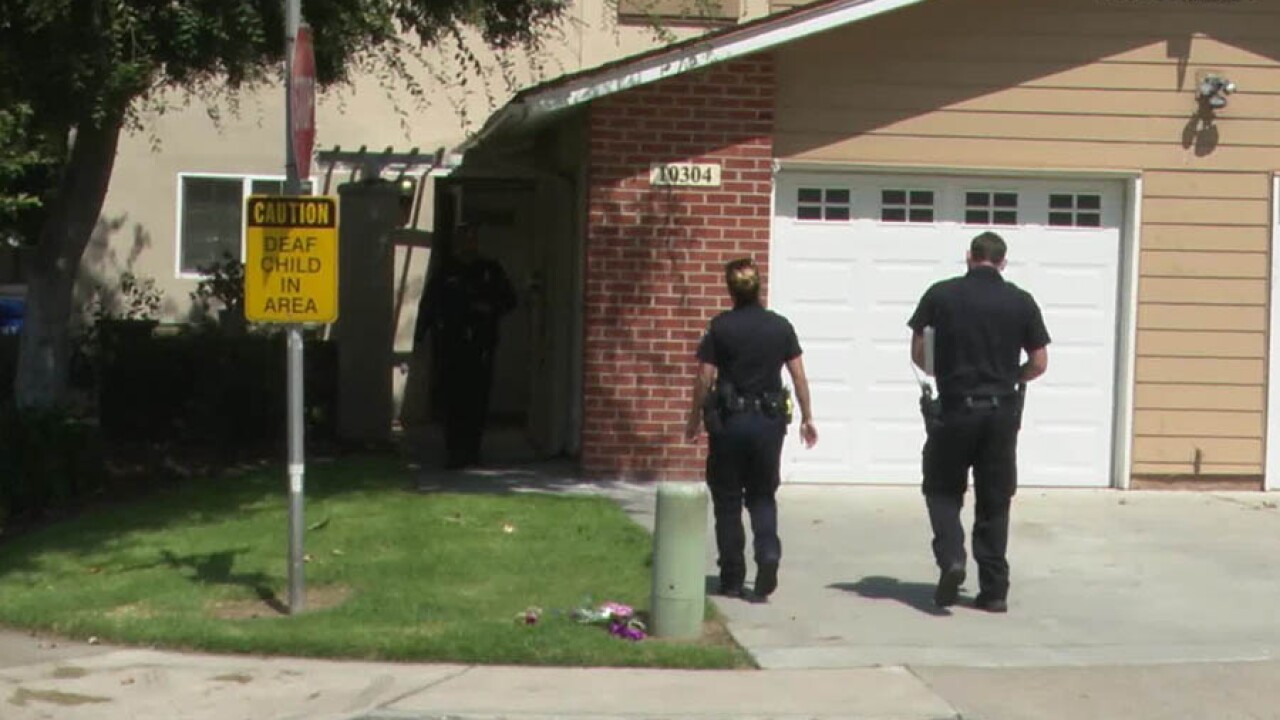 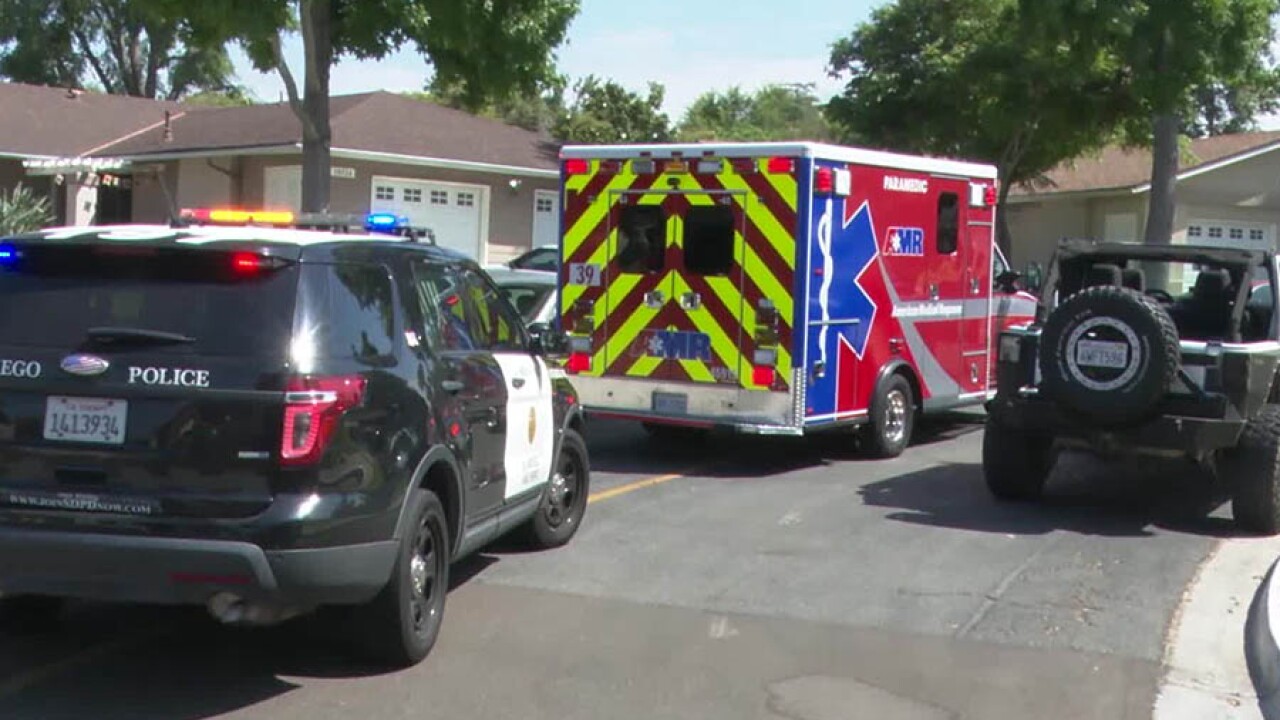 SAN DIEGO (KGTV) - Two people were found unconscious at a Tierrasanta home where a child was found dead in a parked car two days earlier, according to San Diego Police.

At around 10:30 a.m. Wednesday, police were called to a home in the 10300 block of Leary Street in response to a report of a man and woman unconscious in a house due to possible drug overdoses, said Officer Billy Hernandez.

The two people were rushed to Sharp Memorial Hospital, and they are not in life-threatening condition, officials said.

10News learned the patients are the cousin of the child's mother and the cousin's boyfriend.

Also removed from the home was the cousin's boyfriend's dog, which reportedly bit the man when he was unconscious.

Police confirmed that the incident occurred at the same home where a 2-year-old girl was found unresponsive in a car.

On Aug. 5, a woman identified as the girl’s mother called 911 to report her daughter missing.

After the call disconnected, the same woman called back a short time later and said she found her daughter in her Nissan Altima parked in the driveway, but the child was unresponsive and not breathing.

Despite life-saving measures, the girl was pronounced dead at the scene.

The girl's brother was taken into the custody of Child Protective Services.

10News learned the girl's mother was taken to a hospital for a psychiatric evaluation following Wednesday's medical emergency.