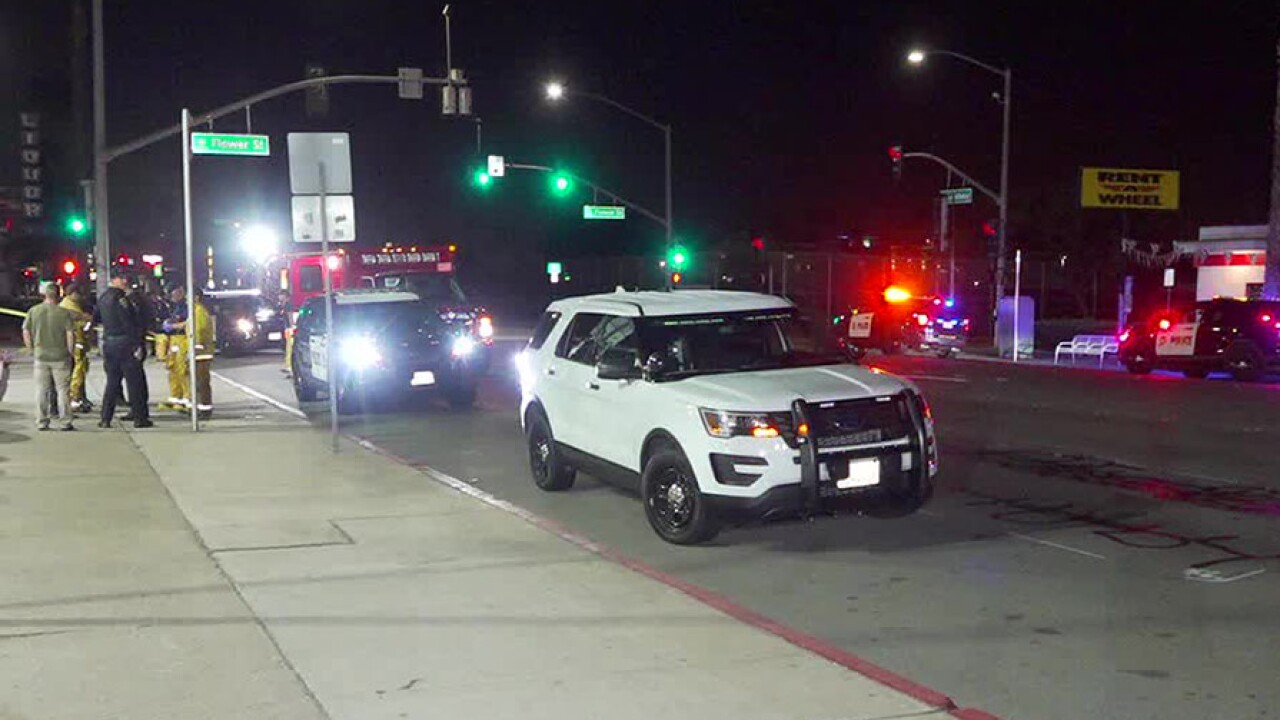 Chula Vista police said two men were at the intersection of Broadway and Flower Street at around 2 a.m. when they were stabbed by an unknown assailant.

One of the men was stabbed in his torso and taken to UC San Diego Medical Center. His condition is unknown.

According to police, two cars described as white Volkswagen Jettas were seen leaving the scene after the attack.