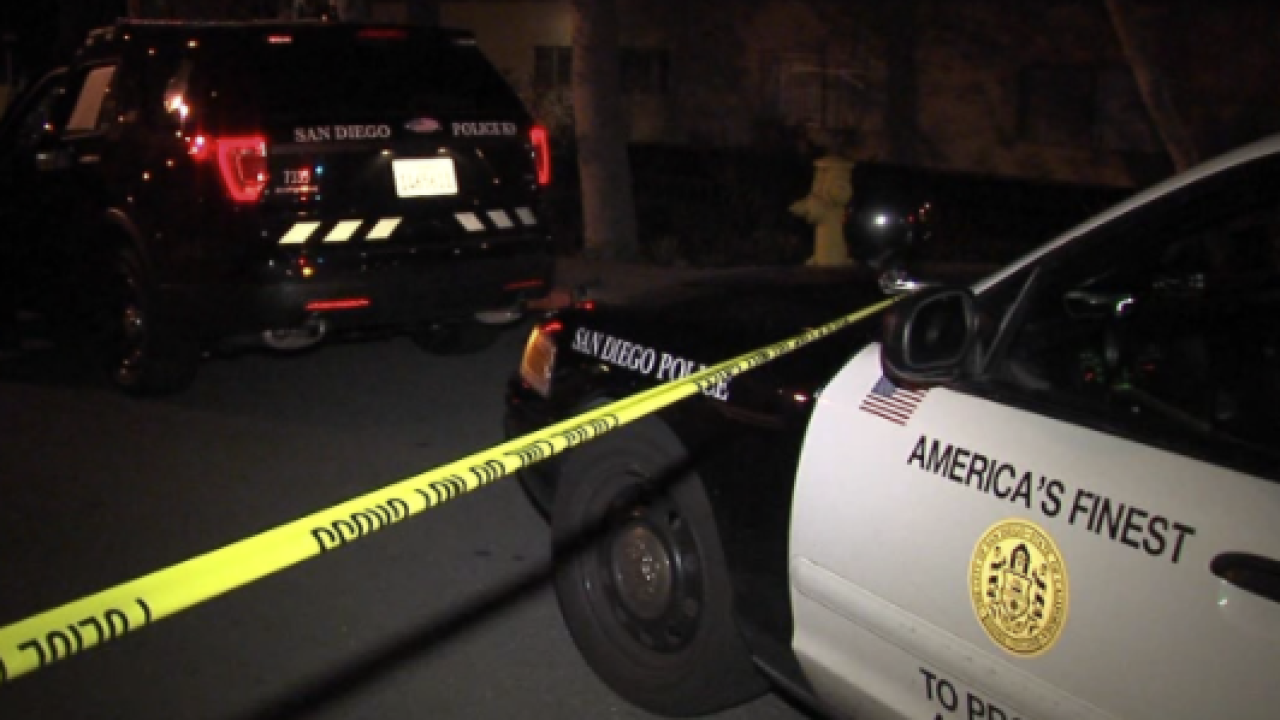 SAN DIEGO (CNS) -- Two men were wounded when another man opened fire from the passenger's seat of a vehicle on a street in the Encanto neighborhood, police said Tuesday.

A 25-year-old man and a 28-year-old man were standing outside their home when a woman drove up in a vehicle, described as a black or white BMW, with a man in the front passenger's seat, Buttle said.

The man in the passenger's seat, believed to be in his late 20s, fired at least seven shots and the younger man was struck four times in the stomach while the older man was struck in a buttock and a leg, the officer said.