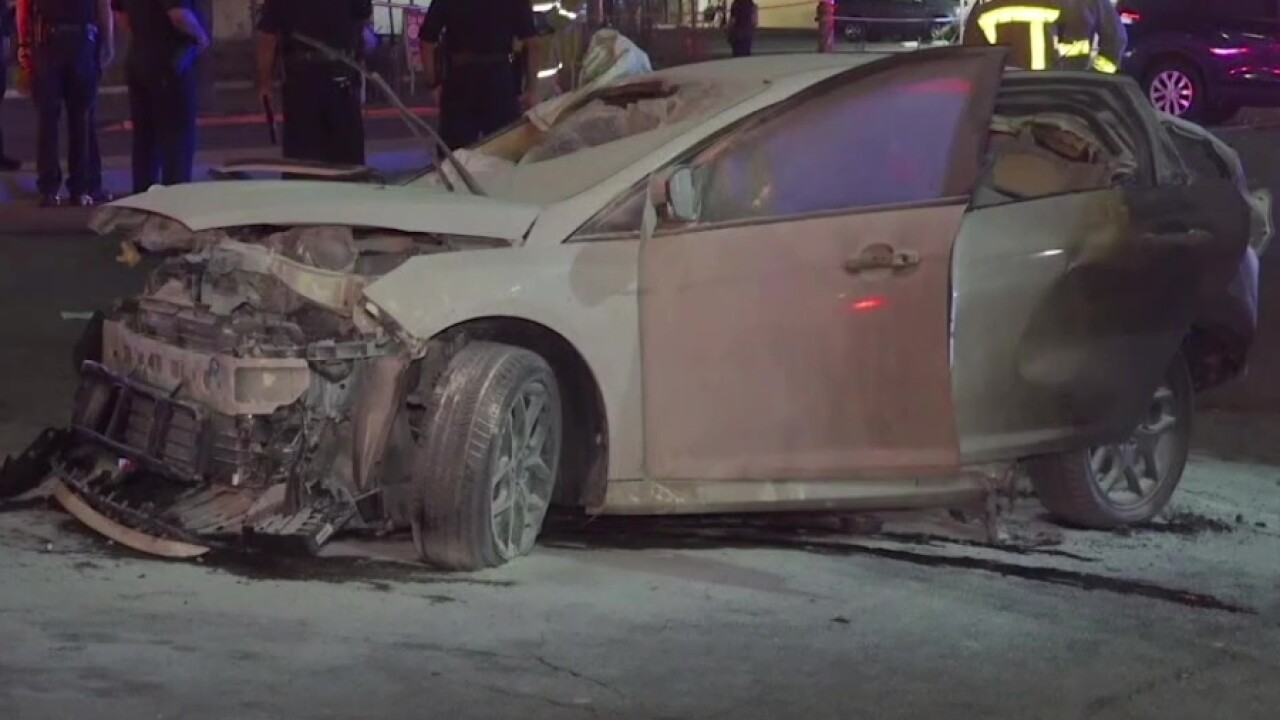 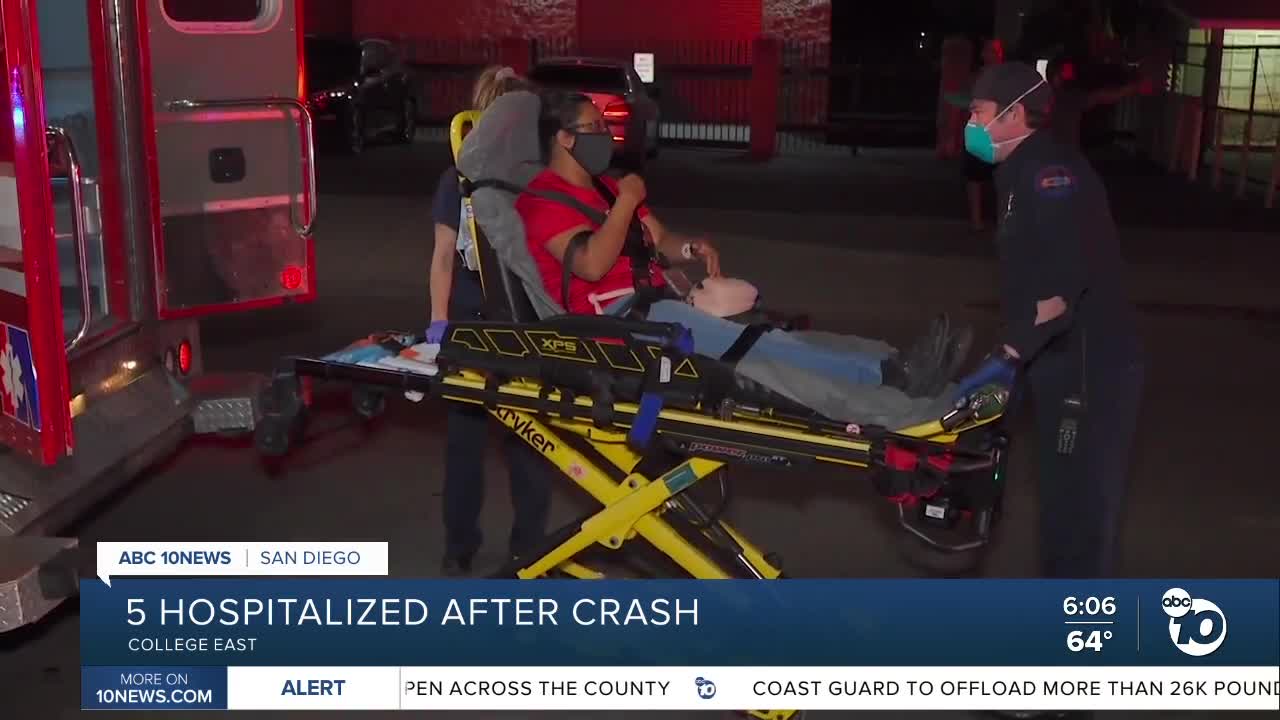 A 63-year-old man driving a 2016 Mercedes E400 eastbound on El Cajon Boulevard suffered an unknown medical issue and slammed into the back of a 2015 Ford Fusion sitting in the northbound turn lane to 70th Street, Buttle said.

The impact pushed both vehicles into the westbound lanes, where they were both struck by three vehicles -- a Nissan Rogue SUV, a BMW and a Honda Civic, the officer said. At that point, the Ford caught fire, leaving two 22-year-old women trapped inside before witnesses pulled them from the car.

Both women suffered second- and third-degree burns over 70% of their bodies, along with uncontrolled internal bleeding, Buttle said. They were taken to a hospital for treatment of their injuries, which were considered life-threatening.

The Mercedes driver was taken to a hospital for treatment of unknown injuries, Officer Tony Martinez said.

The Nissan driver, a 20-year-old woman, the BMW driver, a 63-year-old man, and the Honda driver were taken to local hospitals for treatment of minor injuries, Buttle said.

No details about the Honda driver were immediately available.