2 hurt after car crashes into support beam in Mission Beach 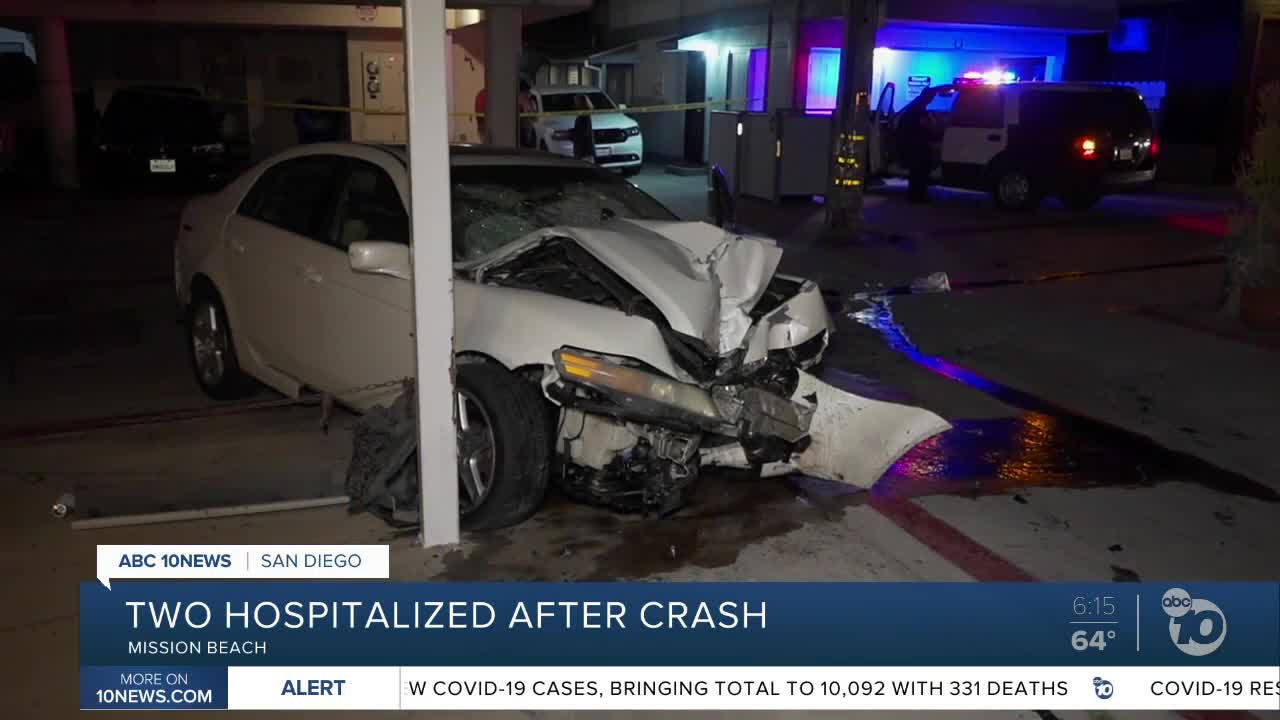 A man and woman were taken to the hospital after the car they were in slammed into a support column at a Mission Beach apartment building.

SAN DIEGO (KGTV) -- Two people were taken to the hospital after the car they were in crashed into a support column at a Mission Beach apartment building.

The collision happened shortly after 12 a.m. on Sunset Court and Bayside Lane, according to San Diego police.

The car was reportedly traveling at a high rate of speed when it slammed into a beam that helps hold up the building.

Residents heard the crash, with some saying it felt like the entire building was shaking from the impact. Despite the collision, the structure did not appear to sustain major damage.

According to witness reports, the male driver appeared to be intoxicated. 10News learned he was evaluated for possible DUI.

The man and a female passenger were taken to the hospital with what were described as major injuries.