2 dead in head-on collision in Dulzura 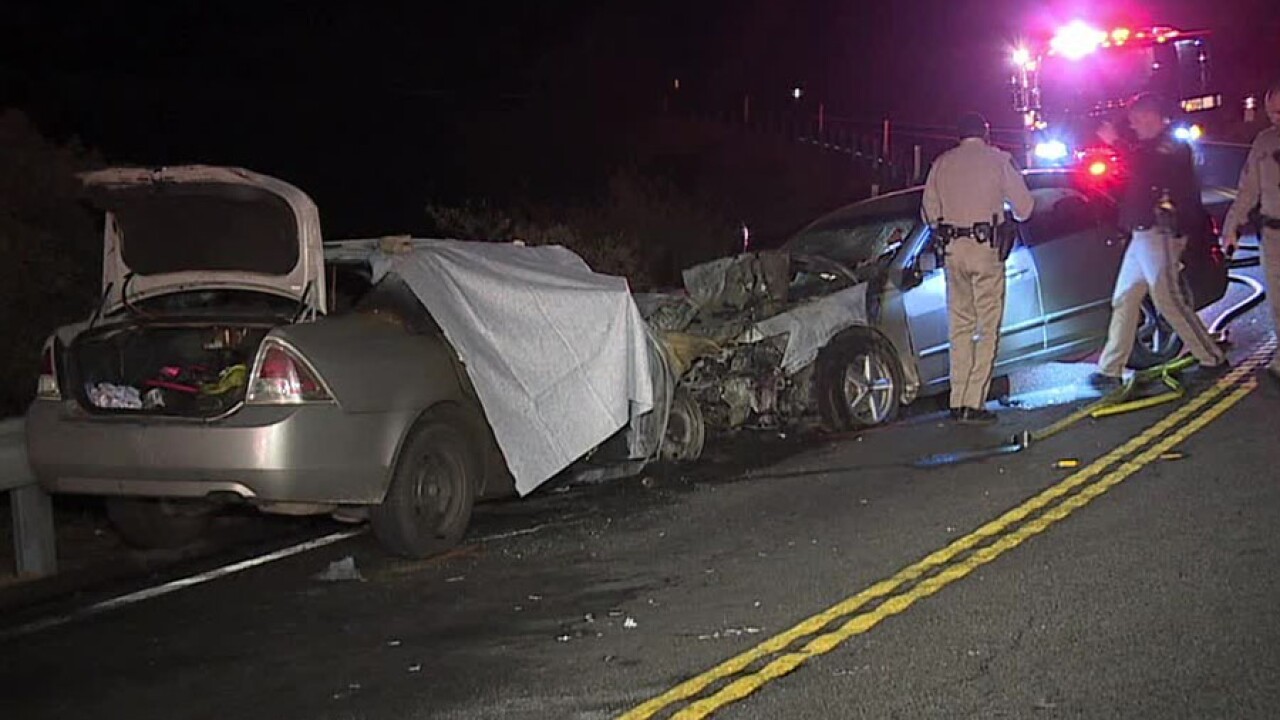 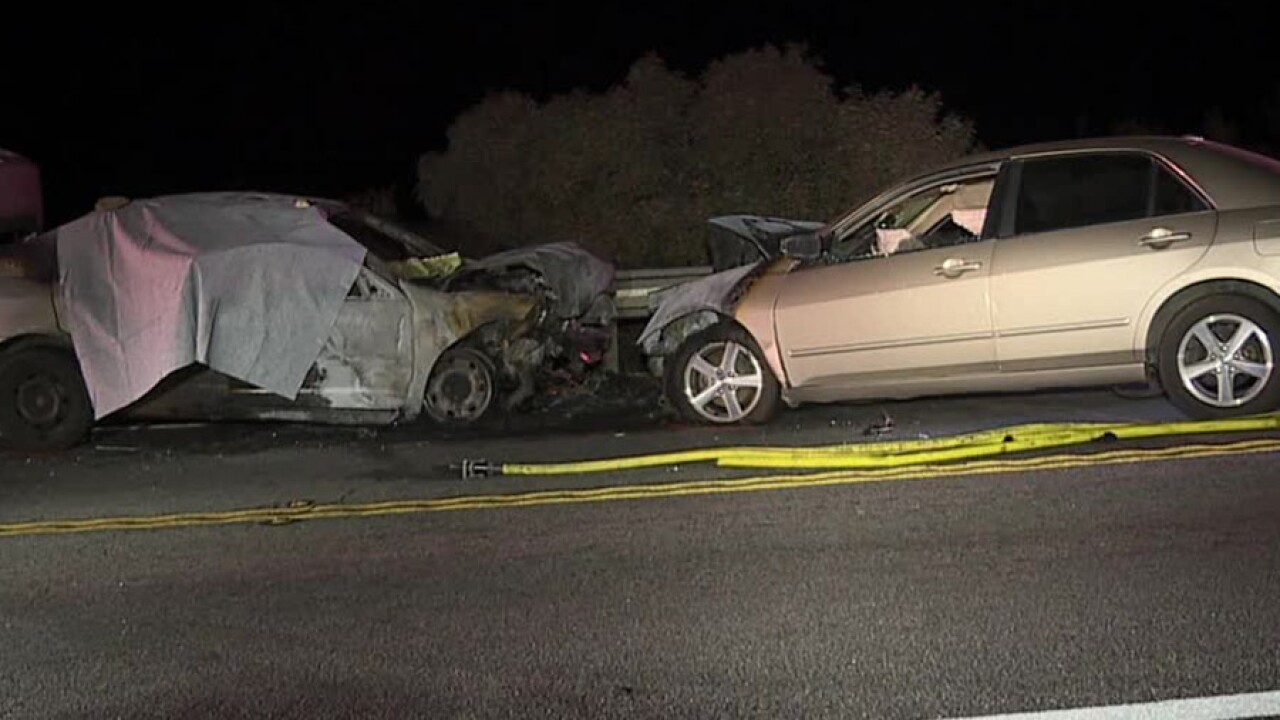 (KGTV) – Two people were killed Thursday night in a head-on collision on a highway in the Dulzura area.

The crash involving a Ford Fusion and Honda Accord was reported at around 11 p.m. on state Route 94, near SR-188, according to the California Highway Patrol.

CHP officials said the Fusion was traveling eastbound when it crossed over double yellow lines and slammed head-on into the westbound Accord. The wreck then led to both cars catching fire.

The Fusion’s female driver and the Accord’s male driver were pronounced dead at the scene.

Witnesses told officials the Fusion was seen driving recklessly just before the collision.