2 arrested after police pursuit ends in crash in Midway District 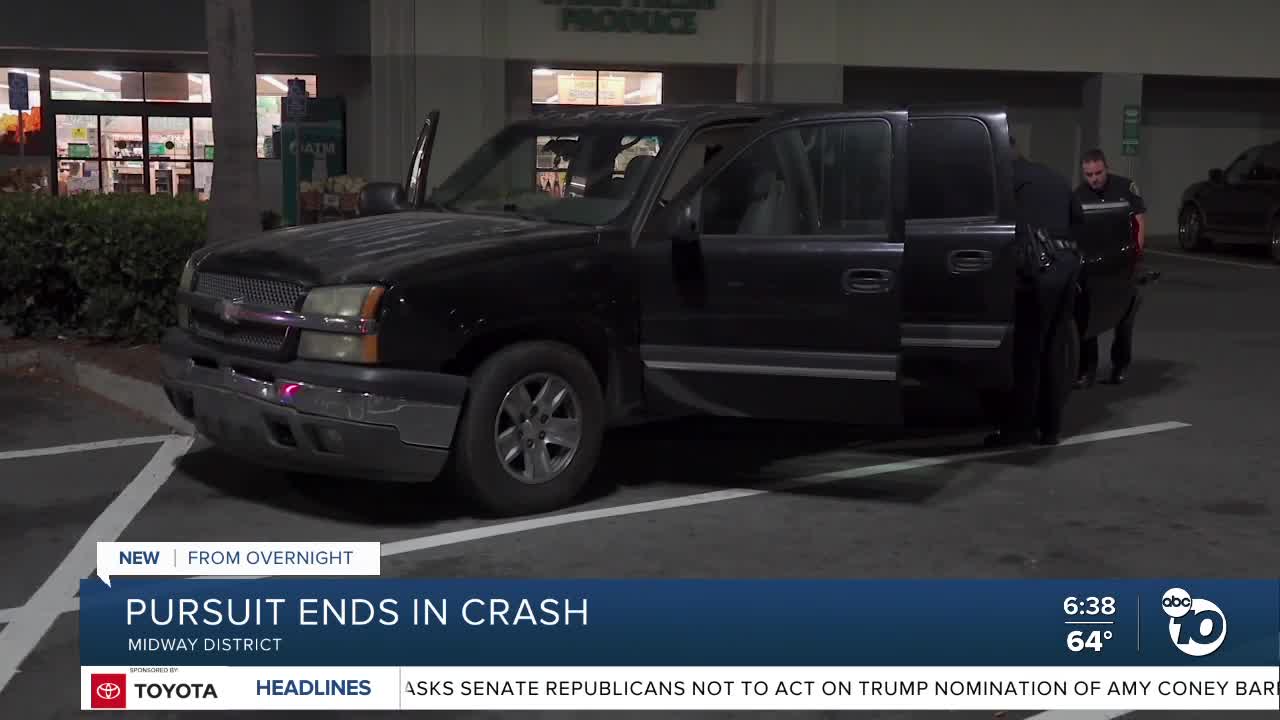 Two people spotted by police smashing a window at a Pacific Beach Wendy’s restaurant were arrested after leading officers on a chase.

SAN DIEGO (KGTV) -- Two people spotted by police smashing a window at a Pacific Beach Wendy’s restaurant were arrested after leading officers on a chase.

The incident unfolded at around 1:15 a.m. at the fast food restaurant on 1621 Grand Ave., according to San Diego police.

Officers were in the area when they saw two people smash a window at the eatery. When police tried to make contact with them, they got into a pickup truck and drove away.

The truck reached speeds of up to 100 MPH as it led police on a pursuit towards Interstate 8.

Police’s ABLE helicopter helped ground units track the truck into the Midway District, and as the vehicle tried to make a left turn on Rosecrans Street, it crashed into the center divider.

The truck then entered a nearby strip mall and came to a stop. The two occupants got out, but officers arrived and took them into custody.

Police are trying to determine if the window smash was part of a burglary attempt or an act of vandalism.