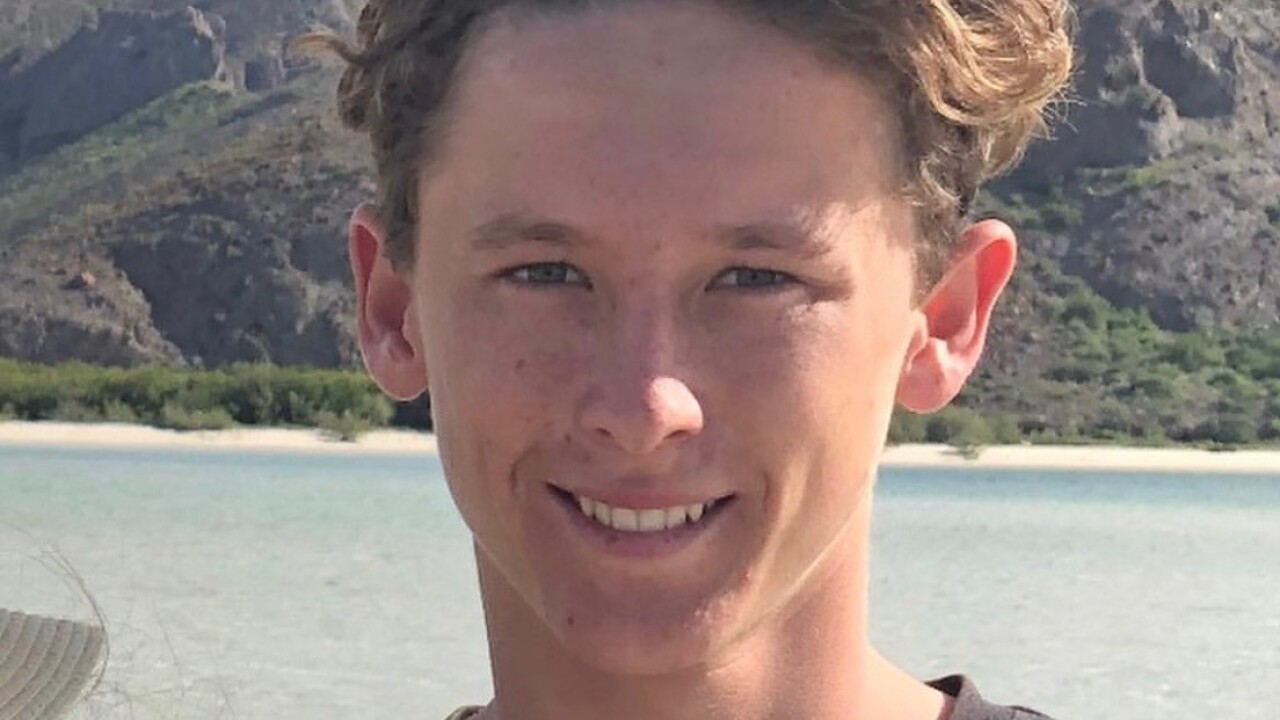 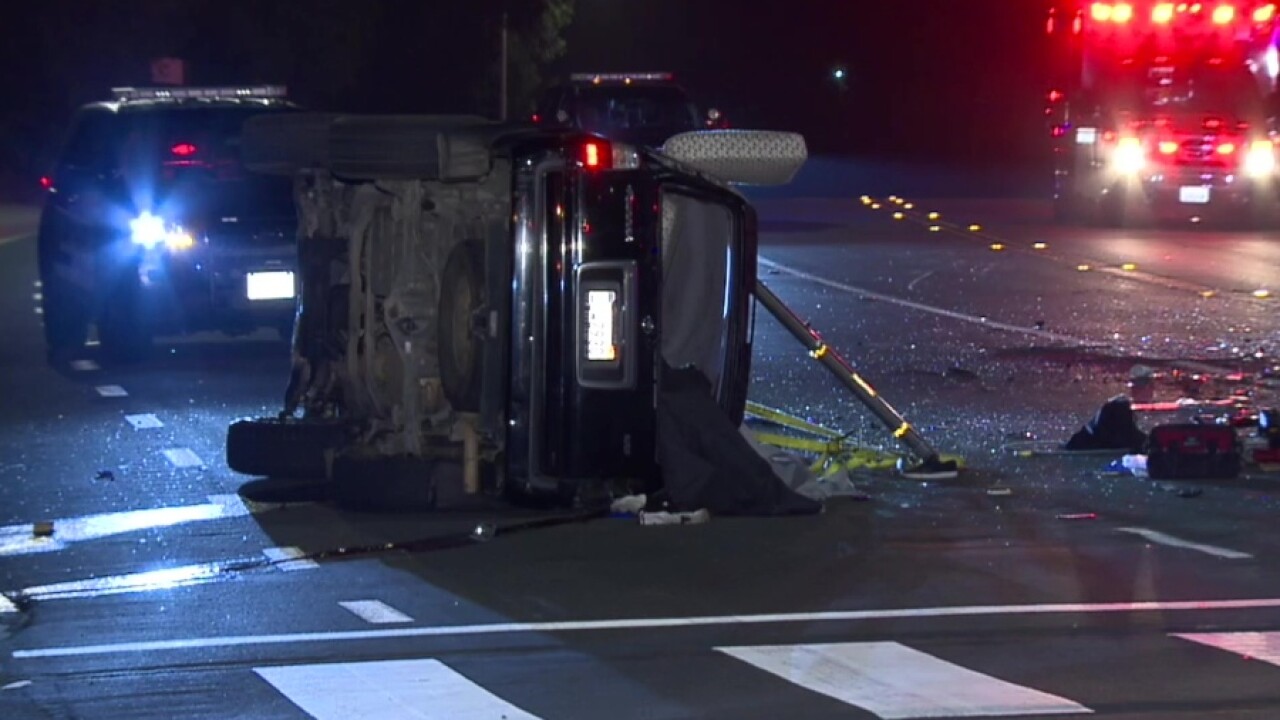 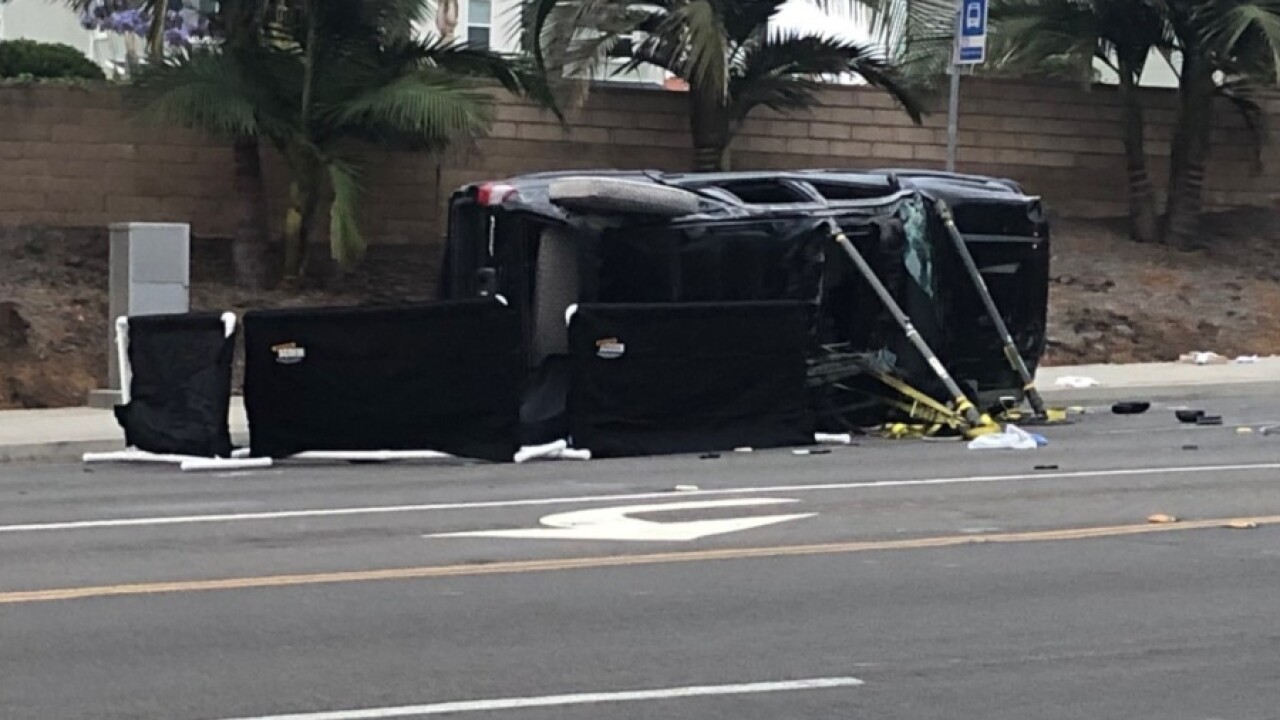 CARLSBAD, Calif. (KGTV) -- A 16-year-old boy was killed and seven other teenagers were taken to the hospital after a rollover crash on a Carlsbad street early Wednesday morning.

According to police, an Toyota 4-Runner SUV with eight people inside rolled over for unknown reasons. A teenage male passenger died at the scene, a lieutenant at the scene told 10News.

Family members identified the 16-year-old to 10News as Jack Munday. A GoFundMe to assist the family with expenses has been started here.

Police said the female driver and six other passengers survived the crash, but 10News learned three of the survivors crawled out of the wreckage and fled. Those three people returned to the scene a short time later.

Three other survivors got out of the vehicle and remained at the scene, while responding firefighters freed a passenger that was trapped inside.

Police said the survivors were taken to area hospitals for treatment of injuries "ranging from minor to serious."

Police confirmed the seven survivors, including the SUV’s driver, are under the age of 18.

According to police, alcohol is not believed to be a factor in the crash but they are looking at the possibility the SUV was traveling at a high rate of speed before the rollover.

Lilli O’Connell could hardly hold back the tears as she watched crews working to get the mangled SUV onto a tow truck.

O’Connell said she was on this same road Tuesday night because of a get-together in the neighborhood.

“I would hope none of those kids are from that party because that ended at 11 p.m. and there was no drinking involved there,” she told 10News reporter Marie Coronel.

O’Connell’s father Jim said speed is always a concern for him on this street.

He added, “It’s just sad. I mean, again, it’s a parent’s worst nightmare. I saw the news this morning on social media and the first thing I did was check to see that my kids were OK.”

The intersection of Carlsbad Village Drive at Valley Street is expected to be closed for several hours due to the investigation and clean-up.