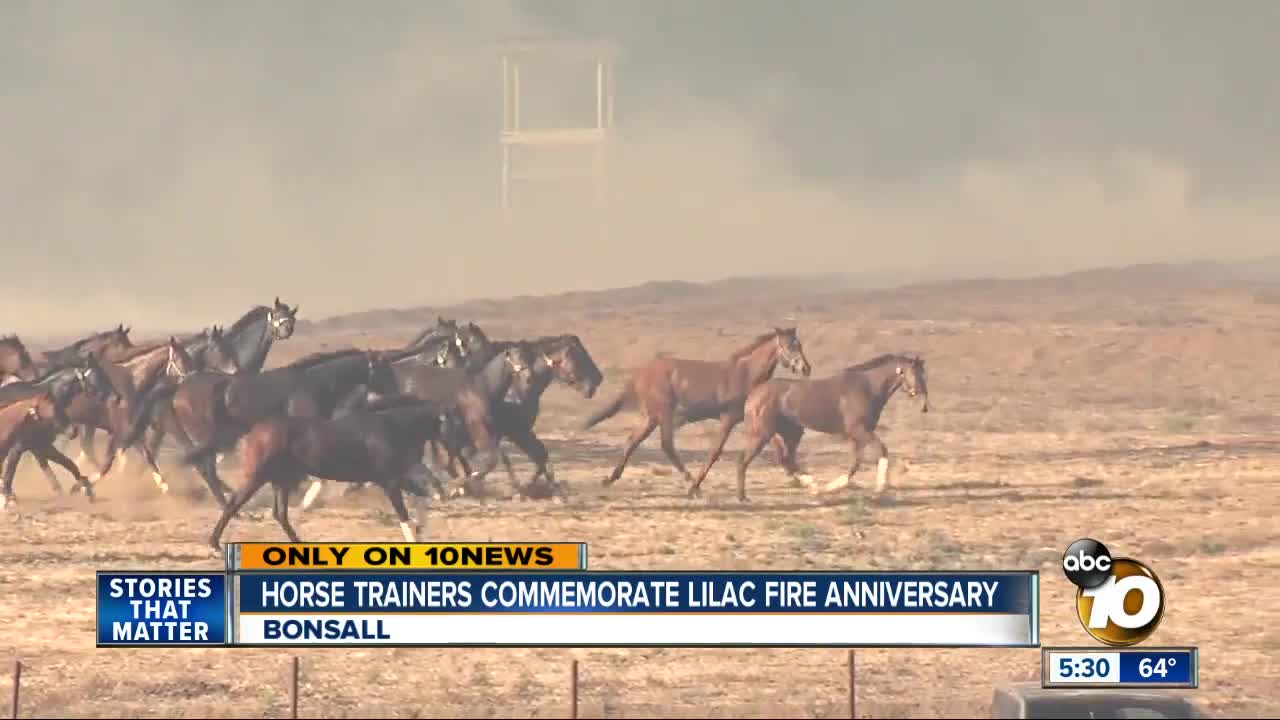 Horse trainers gathered for lunch in Bonsall, cherishing the friendships that blossomed from tragedy. Friday marked one year since the Lilac fire changed their lives. 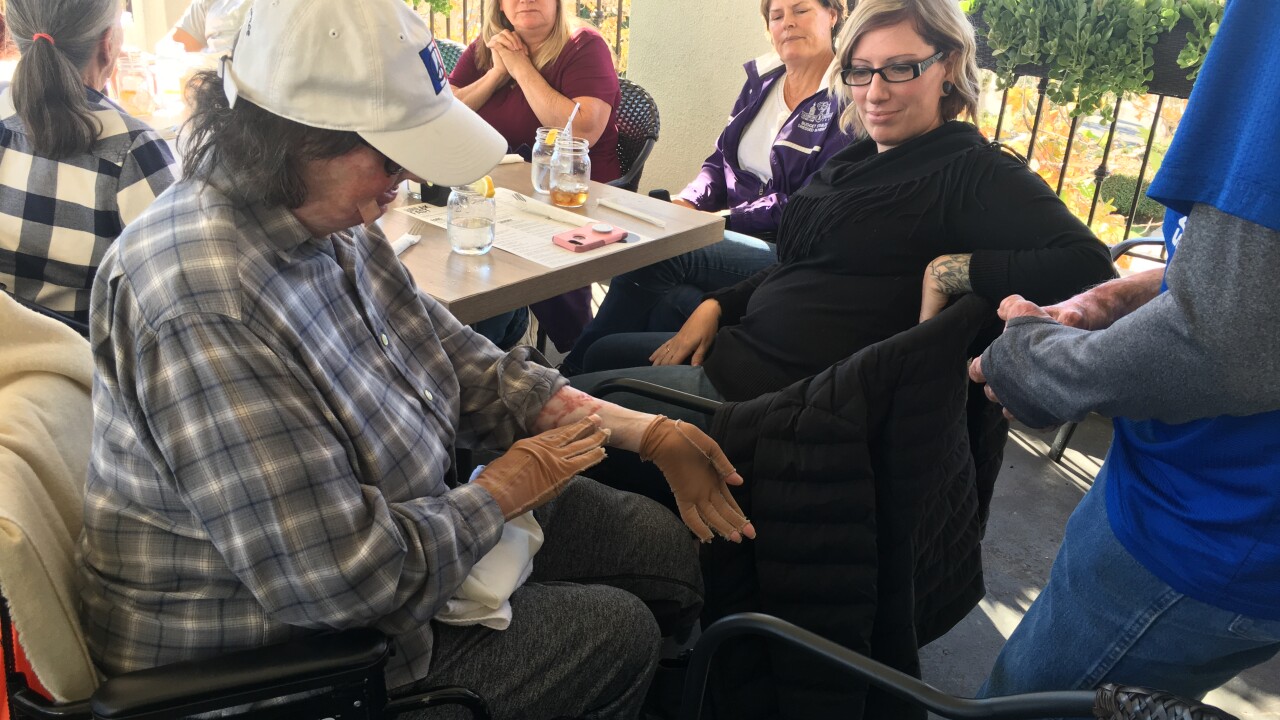 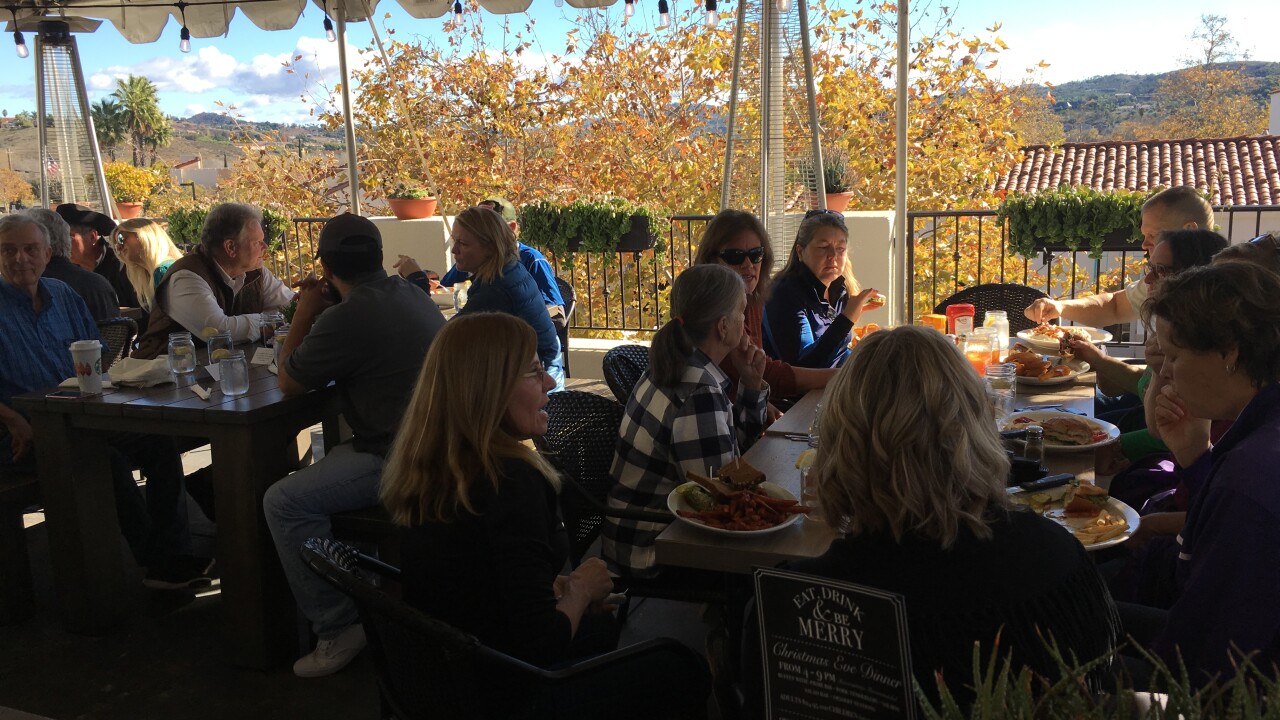 BONSALL, Calif. (KGTV) - Horse trainers gathered for lunch in Bonsall, cherishing the friendships that blossomed from tragedy. Friday marked one year since the Lilac fire changed their lives.

"I knew a lot of people would be thinking about it, I knew it would be in the community also," Michele Dollase said that's why she organized the event.

Shortly after 11 a.m., trainers trickled onto the cafe's balcony, trading smiles, and hugs. Dollase said today was also time to, "think about the horses we did lose, the people who risked their lives."

"Everybody come back and not try to forget but try to go on with life," Martine Bellocq said sitting in a wheelchair. The fire left it's mark, burning 60 percent of her body and eventually taking her leg.

Small note cards on the tables spoke to the power of heroes. Dollase wanted them to know together they did everything they could to rescue racehorses on that dark day.

"They were very innocent in the fire, they didn't know what was happening they relied on us," she said.

As the horses relied on them, they lean on each other today, "give each other what they need, it was humanity you know a little bit," Bellocq said.

Trainer Kimberly Marrs said the friendships have raised them up, "it's really helped us overcome a lot of what we went through." A listening ear healing inside, while those like Bellocq are mending on the outside, "I just got operation of both the lip, and the chin, the eyes."

Friday they had the Northern California fires on their mind, aching for everyone involved.

"My heart goes out to those people," Dollase said.

"It really kinda shook me to my core that these people were having to go through the same pain and tragedy that we went through," Marrs said.

"It bring tears to my eyes and I wanted to go over there and help but I say, 'what can I do in my wheelchair?'" Bellocq said, she wanted to take in everyone who was affected but knew that wasn't possible.

Bellocq instead shared this advice, "in life whatever happened to you it's a lesson, to teach to everybody... It happened for a purpose, in life, and the people who were touched by the fire," saying a brighter day is coming.

During the Lilac Fire, San Luis Rey Downs lost 46 horses. Now their barns have been rebuilt and they're hoping to move in within the next two weeks.