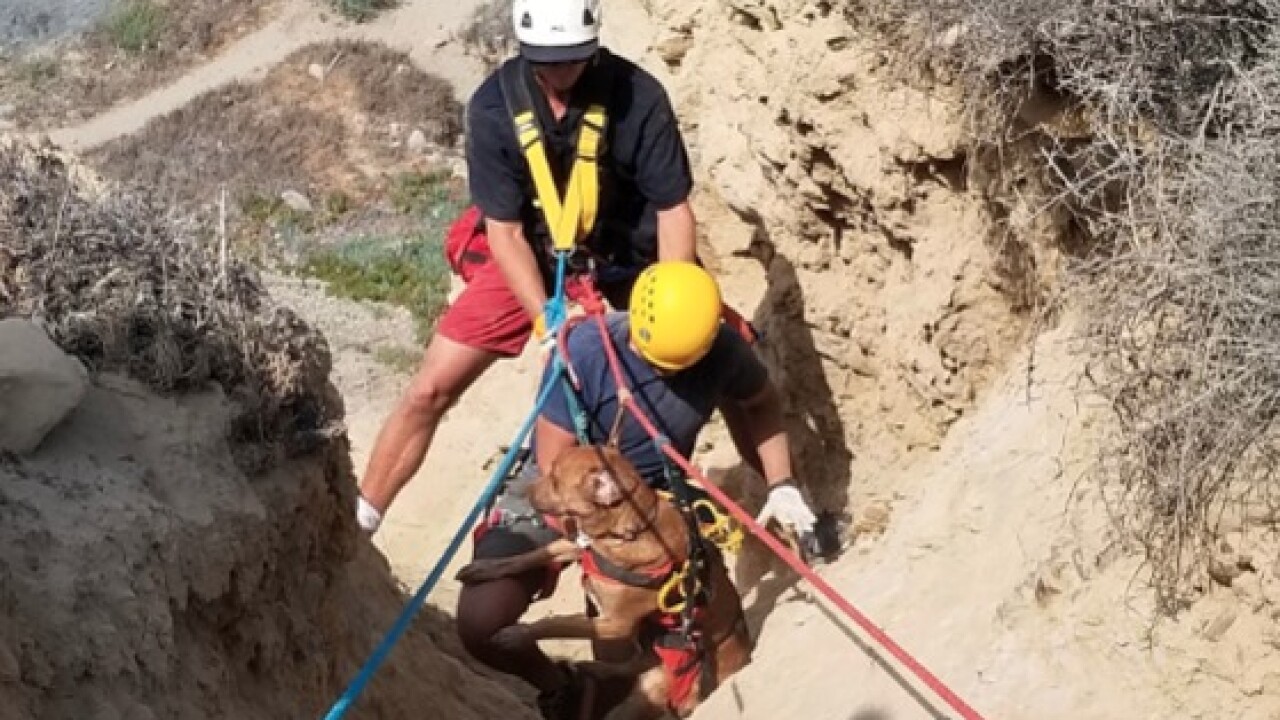 Shortly after the rescue, authorities took to Twitter, posting a photo of a dog being helped up the steep cliff by two lifeguards.

Based on the tweet, it appears the hikers tried to climb down the side of a cliff that wasn’t part of a marked trail.

No one was injured and the dog and hikers were all brought safely up the cliff. Lifeguards did, however, post a warning to anyone trying to use false trails.

@SDLifeguards are involved in a cliff rescue at Blacks Beach with two uninjured adults and a dog. Beware of false trails. Only use the main trails at Blacks. pic.twitter.com/MgdaSzivec

The dog and two victims are safe! pic.twitter.com/ZXGCLjIdoF