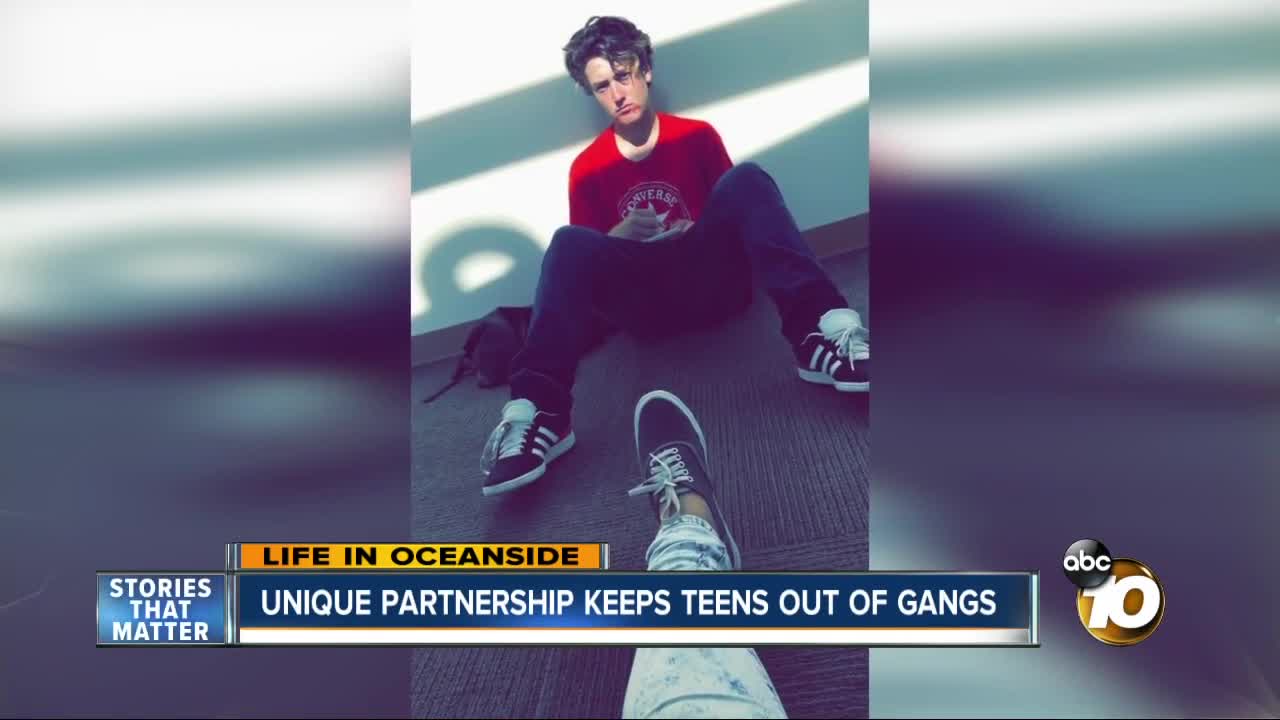 Young people are getting help in Oceanside.

OCEANSIDE, Calif. (KGTV) - A partnership is turning around the lives of young people at risk in North County.

As 10News explores Life in Oceanside, we’re turning our focus to the success of the Boys & Girls Club.

One of the young people helped by the program is 17-year-old Hunter Meyer. Like many teenagers, he struggled to find himself.

“I became someone who preferred to sneak out late, get into a lot of trouble and run-ins with police,” said Meyer.

Meyer said he started hanging out with gang members in sixth grade. As a freshman, he was kicked out of high school. Life became more difficult for him.

“We were drinking and I came back just feeling like I’ve lost everything. I kind of lost who I was, you know, and then the next day I tried to hang myself and my mom and little brother walked in. That was kind of the turning point where I realized things needed to change drastically,” Meyer said.

Months later, Meyer found out he was referred to a program to help at-risk youth called Oceanside Youth Partnership. It was started by Oceanside Police Lt. Valdavinos.

“The people he was dealing with didn't have positive relationship with law enforcement and we weren't getting to them early enough,” said Ashley Sanchez, an OYP crime prevention specialist and mentor.

Meyer was in the first class, spending two hours per week for 12 weeks to be redirected away from gangs.

Two years since the first session, OYP has had many success stories like Hunter, who has been working for the Boys & Girls Club since 2018.