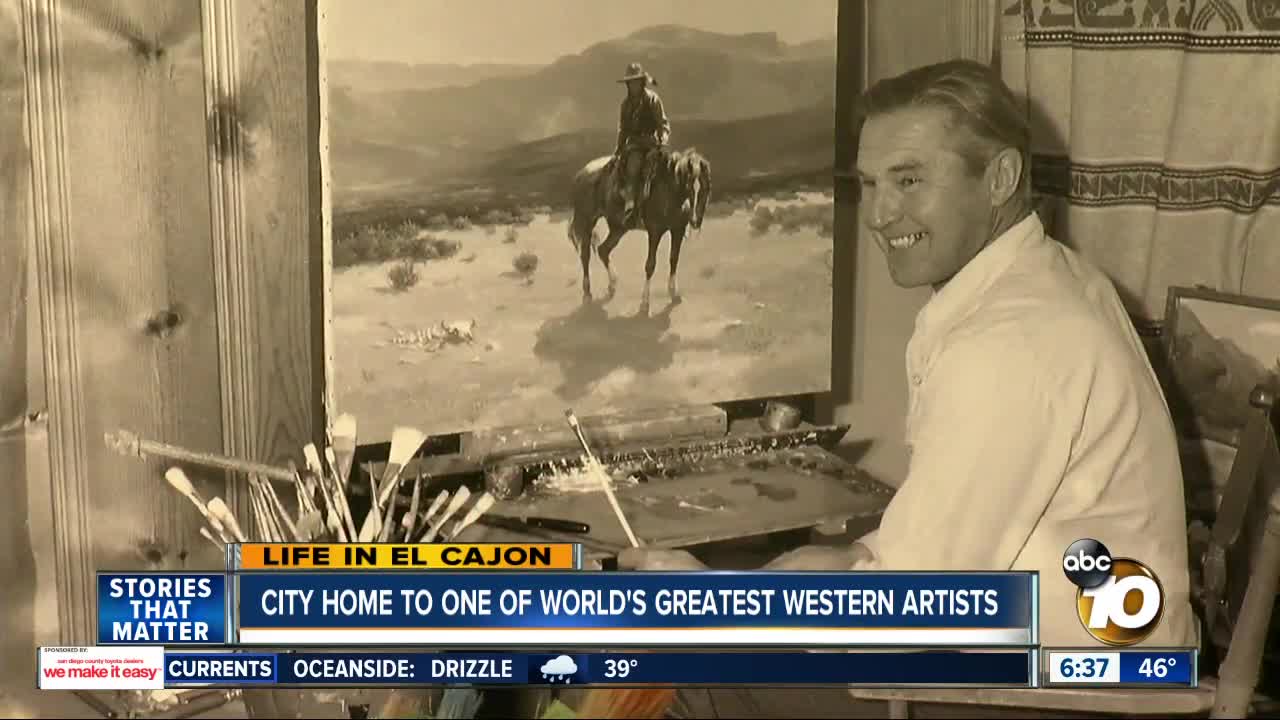 A renowned El Cajon artist who captured a moment in American history is helping it live on today. EL CAJON, Calif. (KGTV) - A renowned El Cajon artist who captured a moment in American history is helping it live on today.

Olaf Wieghorst, known as the dean of Western art, spent most of his adult life in El Cajon.

“He couldn't not paint and everything he painted had a cowboy, an Indian or a horse in it,” said Jim Daniels of the Olaf Wieghorst Museum.

“Great horseman having been around horses his whole life,” said Daniels.

Wieghorst’s father was a photographer who taught his son how to do handstands on stools and on horses. Wieghorst used his horse skills as a mounted patrolman in the New York Police Department.

After he married a woman named Mae, he was motivated to leave the East Coast.

“He was not enamored with her mother so he got out a map of the United States and wanted to find the place farthest from New York,” said Daniels.

In 1945, Wieghorst started a new life in El Cajon as a natural artist with no formal training.

“He traveled in a pickup truck with a camper shell on it and spent time with Navajo and local Indians all through the west,” Daniels said.

Wieghorst often painted from a room which still shows paint splatters on the wall. As his reputation grew, so did his fans: Presidents Eisenhower, Ford, and Reagan, and celebrities including Burt Reynolds and Clint Eastwood. The painter also appeared in western movies with John Wayne, including “El Dorado” in 1967.

“They became good friends and drinking buddies and John Wayne would come down and hang out with him.”

Two of Wieghorst’s paintings, the Navajo Madonna and Navajo Man sold for more than $1 million in 1985. However, interest in Wieghorst’s work has waned.

“I think there's a lot of people around El Cajon still who've never heard the name and could care less, and there were a lot of people then who had no idea they had one of the greatest artists the world has ever had,” said Daniels.

The Wieghorst Museum brings in children to keep the painter’s legacy alive.

“Part of the strength of a community is remembrance of the past and appreciation of greatness and that's displayed through art.”