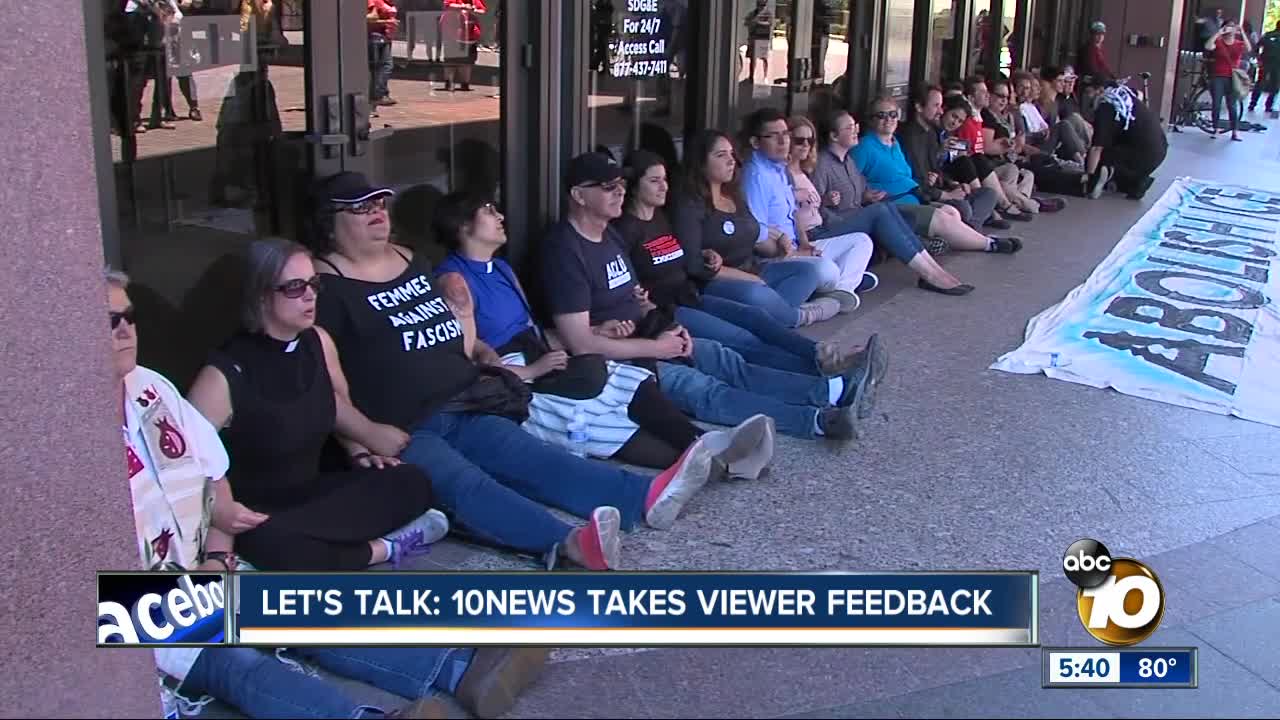 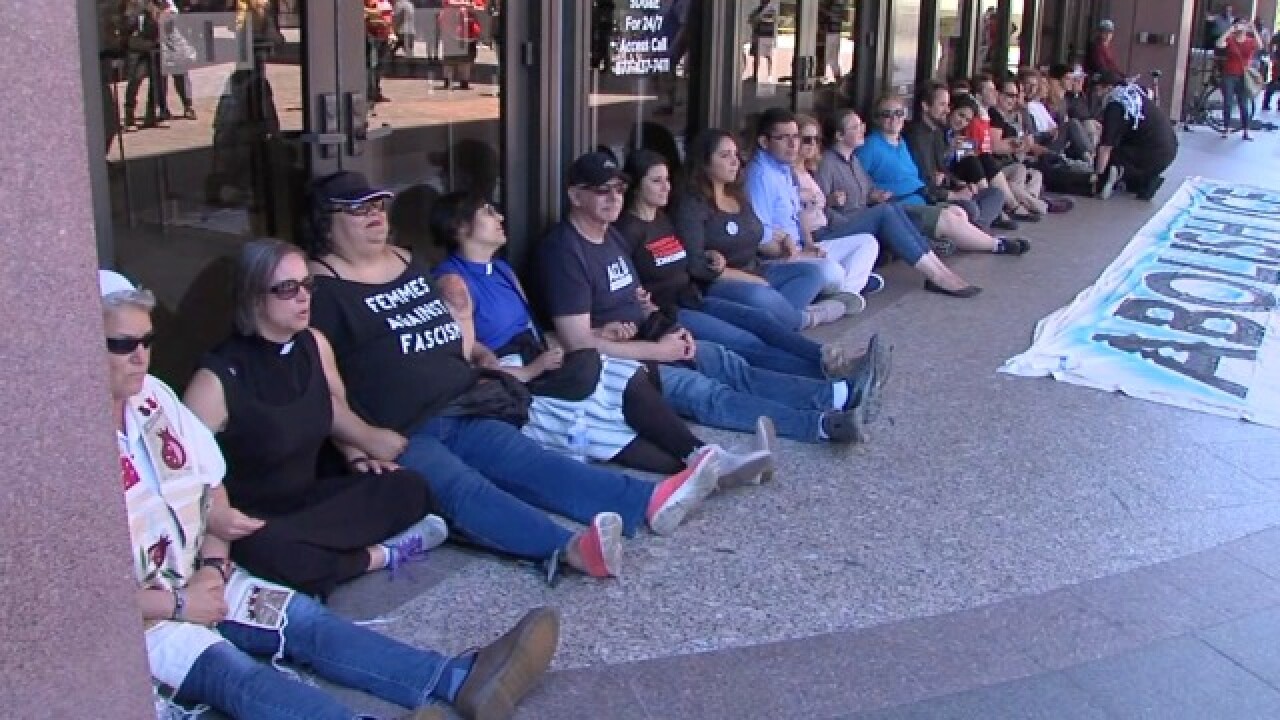 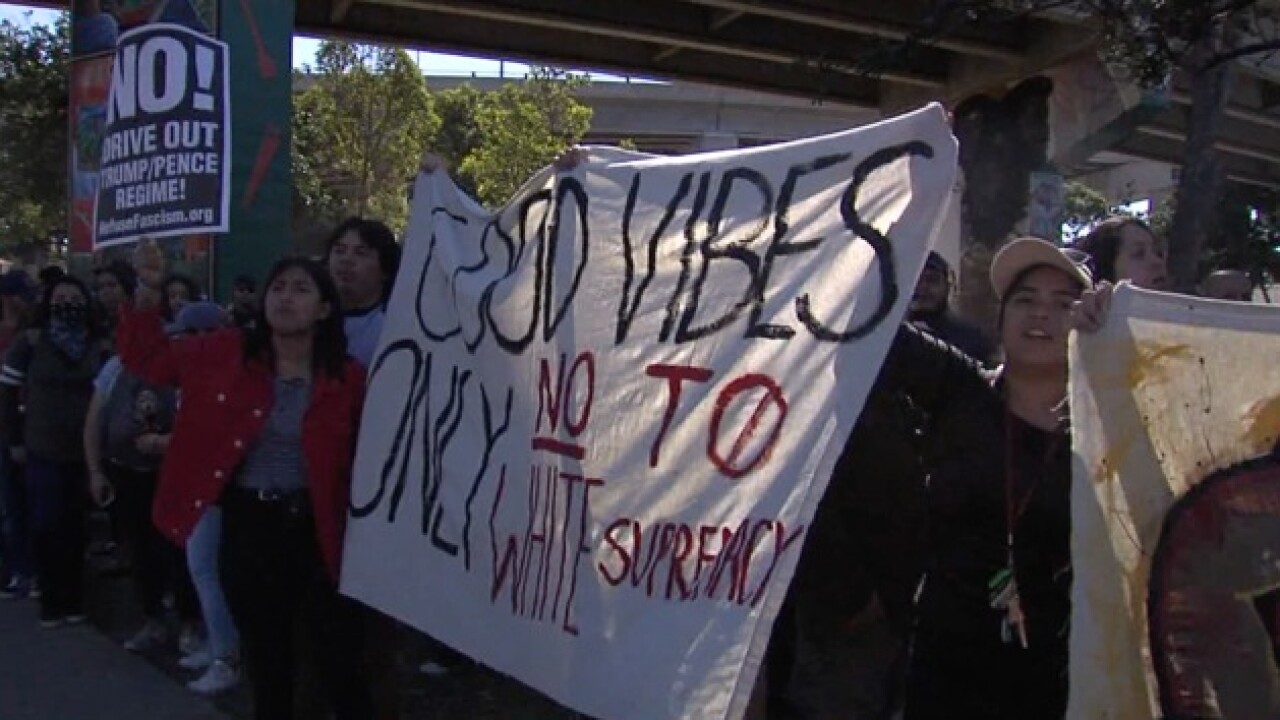 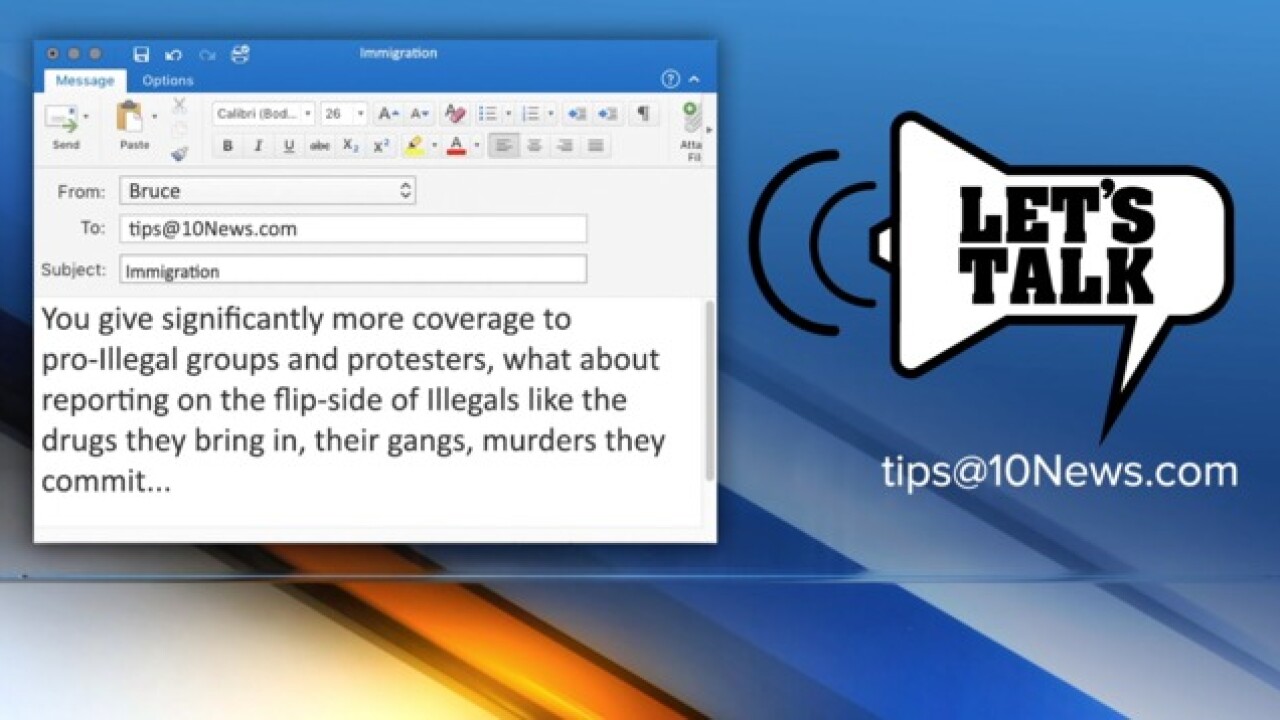 SAN DIEGO (KGTV) -  I received an email last month where a viewer first told me he was tired of “Fake News” and then proceeded to tell me a great example was immigrant children separated from their parents. Which, by the way, if you haven’t heard is not fake, it is very much a fact of what is happening.

Some may not agree with our coverage of this subject, but it still doesn’t make it fake. What we cover, and what many of our viewers want to hear might be the more significant issue. So that’s what we chose to address in this week’s Let’s Talk.

It may seem like we cover a lot of protests. These are turbulent times, and it would appear there is a protest almost daily, especially if you don't agree philosophically with those protesting. Like Bruce who emailed us writing,

"You give significantly more coverage to pro-illegal groups and protesters. What about reporting on the flip-side of illegals like the drugs they bring in, their gangs, and murders they commit. "

Yes, the loss of life is tragic, but it must be noted the President has tried to link illegal immigration to higher crime rates, yet a quick review of FactCheck.org will show statistics and studies that prove otherwise.

As for covering the protests, this is quite common before and during a new administration. Change is hard. People get upset, and when protests take place that have an impact on numerous lives and involve thousands of people, our cameras will be there.

But we do the very same thing for the opposition. Remember the Patriot Picnic at Chicano Park back in February? We do our best to present both sides of every issue.

And even when there's not a protest we are there to present stories like we did last week with the Chief of San Diego's Border Patrol. After much criticism of the agency, it was important to share their story.

Our parent company is E.W. Scripps. Our company motto is, ‘Give Light, and the people will find their own way.’ In other words, we have no agenda. It’s our job to present the facts of a story and allow you, the viewer to form your own opinion from that.

If you have an issue, you would like to discuss, email us at tips@10news.com, or message us at Facebook.com/abc10news  Let’s Talk, because we’re listening.