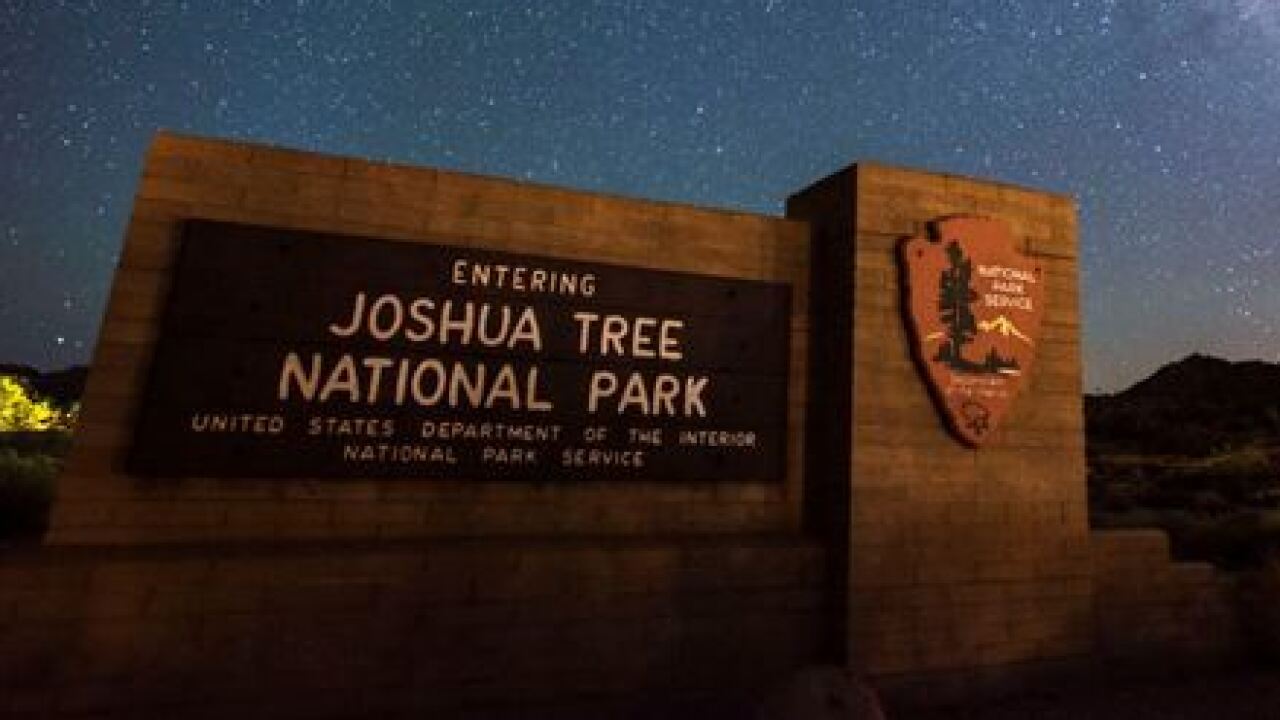 JOSHUA TREE NATIONAL PARK, Calif. (AP) — Destruction of its signature trees and driving off-road during the partial government shutdown have added to problems that will force popular Joshua Tree National Park to temporarily shut down this week.

Closure of the vast desert park is set for 8 a.m. Thursday and will allows staff to address sanitation, safety and resource protection issues that have occurred, the National Park Service said in a statement Tuesday.

"While the vast majority of those who visit Joshua Tree National Park do so in a responsible manner, there have been incidents of new roads being created by motorists and the destruction of Joshua trees in recent days that have precipitated the closure," it said.

The statement did not describe the extent of damage to the crazy-limbed trees with clusters of green spikes. A telephone message seeking comment was not immediately returned.

Like other national parks, Joshua Tree remained accessible despite the government shutdown and problems of human waste, trash and damage began to occur as staffing was cut and visitor centers closed.

Park supporters, members of local communities who depend on visitor traffic and even some visitors stepped in to help with some basic cleaning of restrooms and trash. The National Park Service said that assistance has been significant.

"Park officials are identifying the additional staff and resources needed to address immediate maintenance and sanitation issues and will utilize funds from the park fees to address those issues per the recently updated National Park Service contingency plan during a lapse in appropriations," the statement said.

It added that restoration of access and limited services would occur "in the coming days" but gave no time frame.

In 2017, it set a new attendance record with visits by more than 2.8 million people, an increase of nearly 340,000 over the previous year's record.

It is most popular between October and May, when temperatures moderate from fierce and sometimes dangerous summer heat. Visitors are advised to have a gallon of water per day per person, and double that for hikers and cyclists.