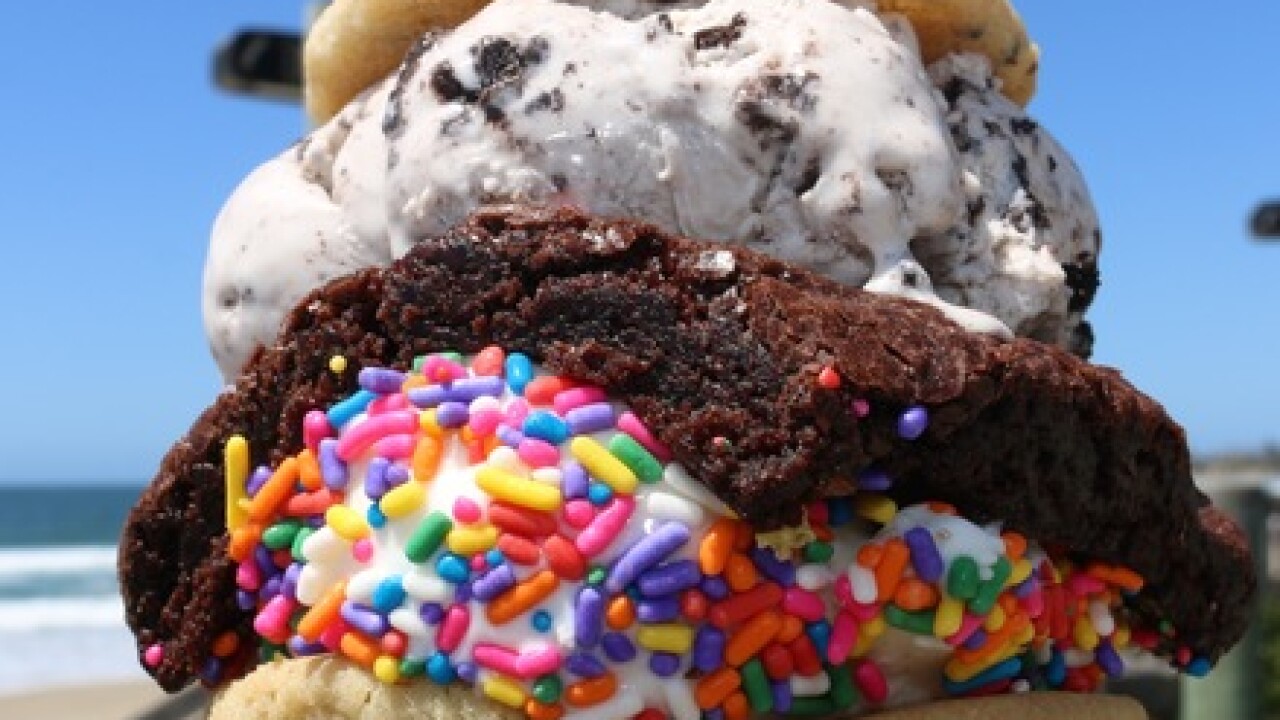 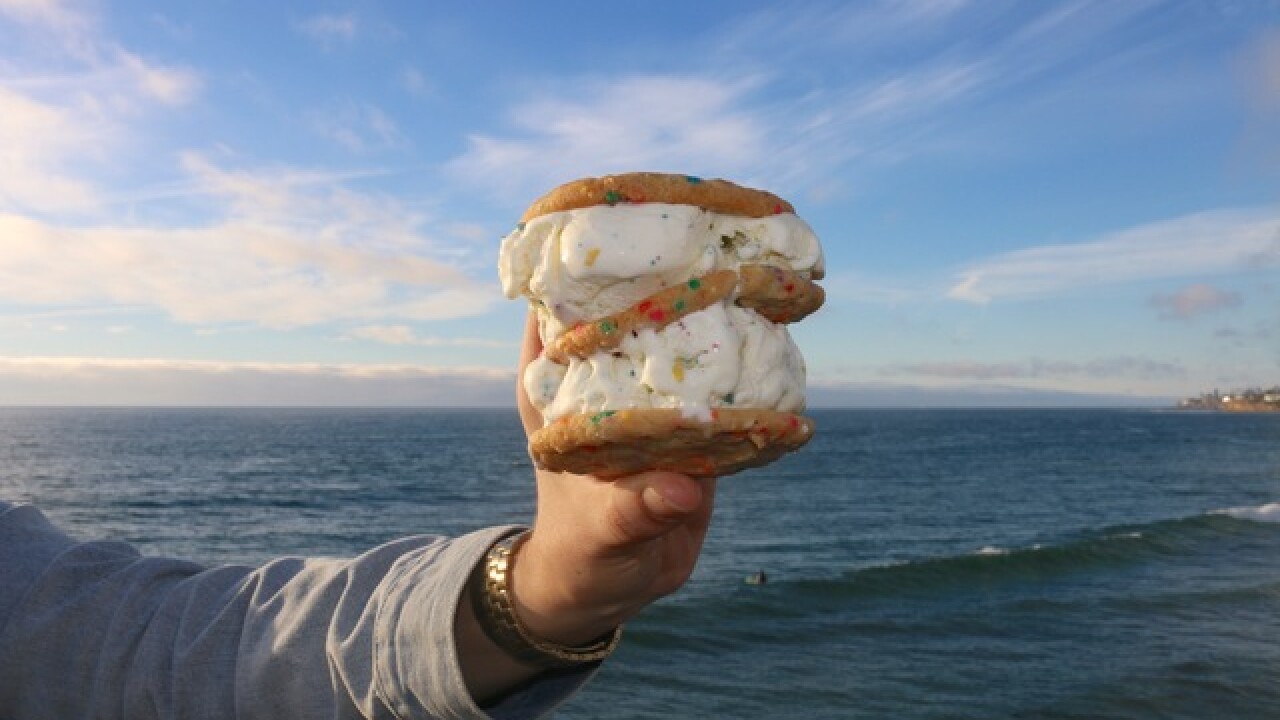 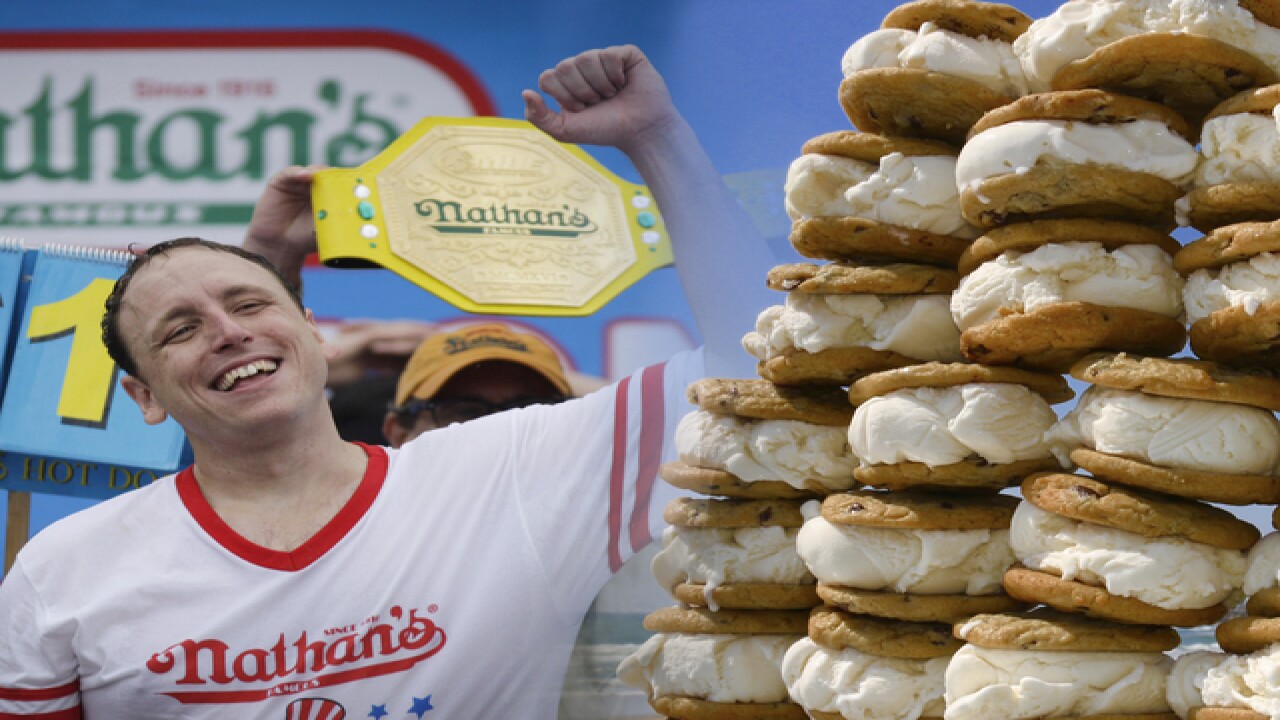 SAN DIEGO (KGTV) - Petco Park is going to get really cold this weekend - for a select few, at least.

The inaugural Baked Bear World Ice Cream Eating Championship will take the field on Sunday, June 4, where competitive eaters will see who can devour the most ice cream sandwiches in six minutes, prior to the San Diego Padres matchup with the Colorado Rockies.

Competitors will be faced with a classic version of the treat: Vanilla ice cream between two chocolate chip cookies - though, Shane Stanger with Baked Bear said future variations could "start going a little crazier."

Among the frosty competition's combatants will be 2016 Nathan's Hot Dog Eating Contest champion Joey Chestnut. Chestnut said he's excited to compete in San Diego, though he and his fellow eaters could be in for a rough outing.

"I'm hoping I can find a rhythm and enjoy it," he added.

The world's top-ranked eater said the frigid temperatures will be a stark contrast from the warm weather in store for the weekend. At an ice cream eating competition in Florida, Chestnut recalls shivering by the end of the event.

"I'm going to be out there with a hot coffee," Chestnut said, hoping the coffee can keep his body temperature down and break through the sugar. "It's only six minutes. It's going to be six minutes of pushing really hard.

"If people come to the contest, it's intense and it's competitive."

Even with a rigorous training schedule and the Coney Island hot dog contest fast approaching, Chestnut said his body is responding "really well" for Sunday's event.

The contest began with a simple bet, according to Stanger, where he told an employee he'd give him $10 for every ice cream sandwich he could eat.

"Then it progressed into our whole team racing to see who could eat an ice cream sandwich the fastest," Stanger said. "...We decided to take it to the biggest level and reached out to Major League Eating and Petco Park to collaborate, and everyone loved the idea."

Eight professional eaters - including Chestnut - and Baked Bear's "best employee" will compete in the event. There's also an added surprise angle, where a local eater will be chosen to represent San Diego, right there on the spot, Stanger said.

Stanger said they hope to make the competition an annual event.