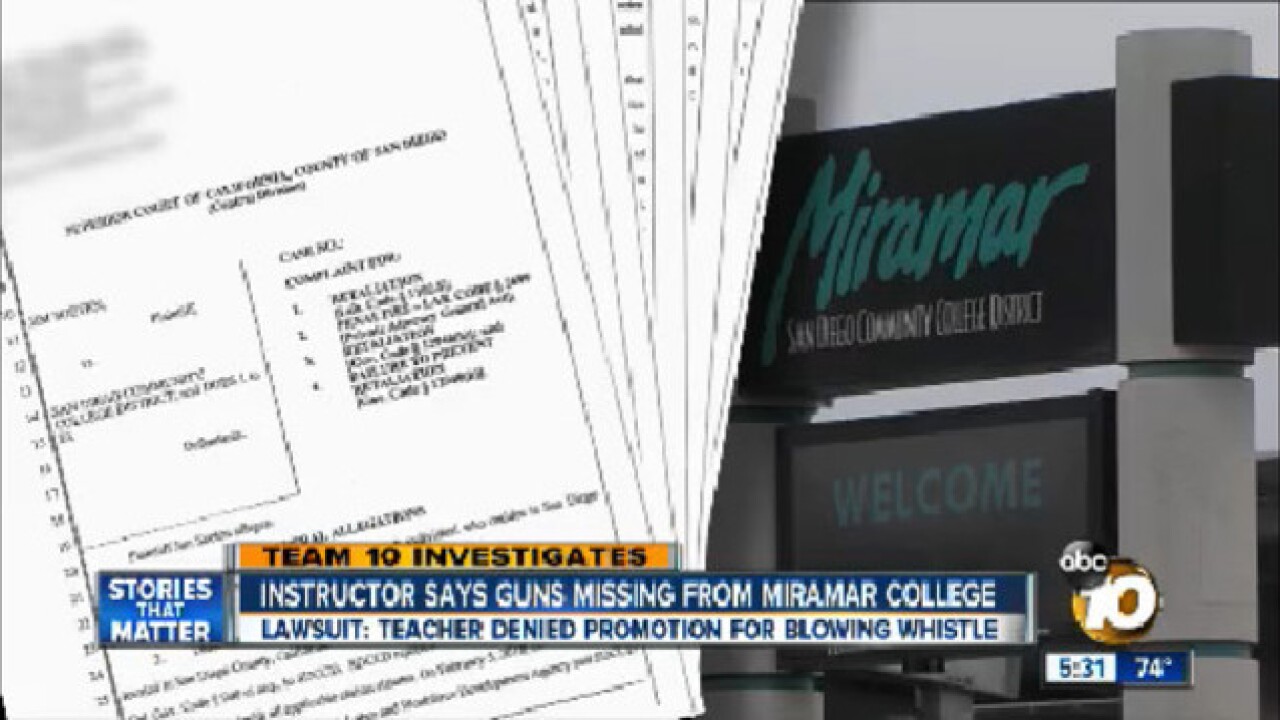 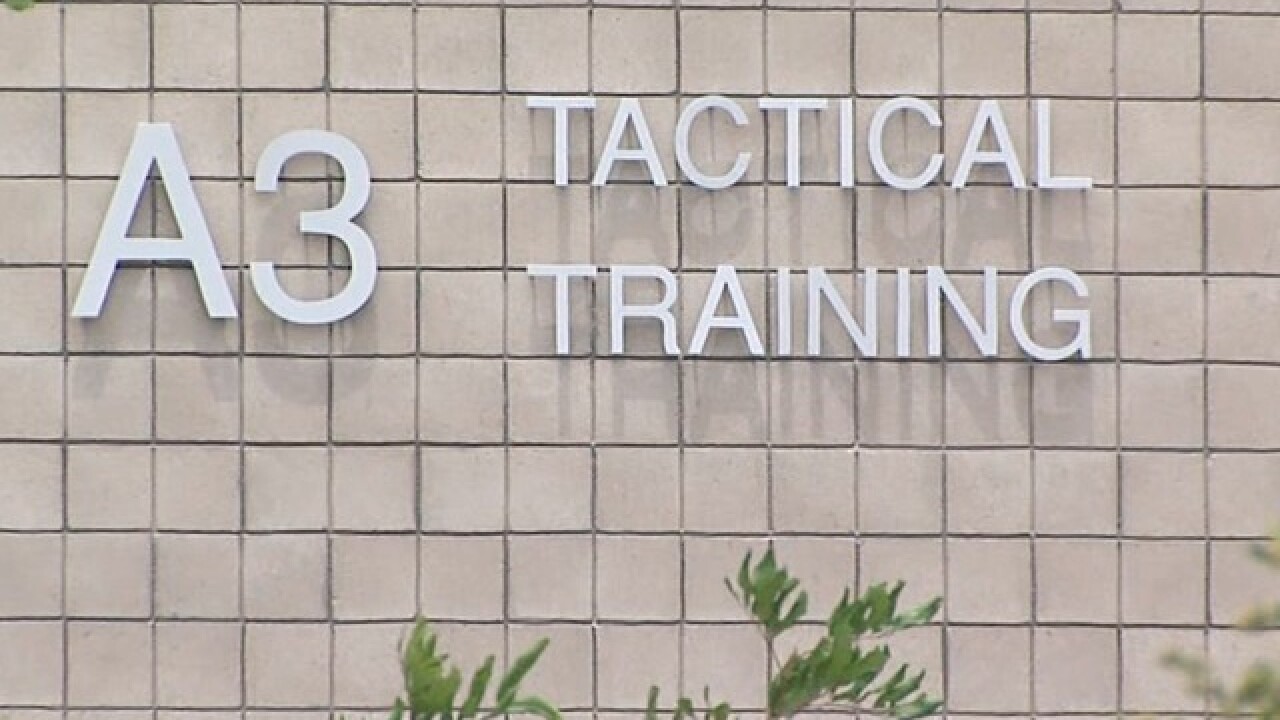 MIRAMAR, Calif. -- A part-time professor at San Diego Miramar College claims he was retaliated against for reporting missing firearms at the campus.
In a recently filed lawsuit in San Diego County Superior Court, Jim Soeten says he was denied a promotion for blowing the whistle. Soeten spent 10 years as a special agent with ICE and now teaches criminal justice courses.
“I like being able to help individuals out in fulfilling their goals in getting a career in law enforcement,” Soeten said.
He enjoys teaching at the college, but said problems began when he noticed guns that were supposed to be taken to the range that the school used never arrived there.
“My concern here is that we still have guns that are outstanding,” Soeten said.
The lawsuit states some of the guns were found in another professor’s office. Some were not properly stored or registered.
He voiced his concerns to administration, but said they brushed him off.

Watch the video above for the full story.