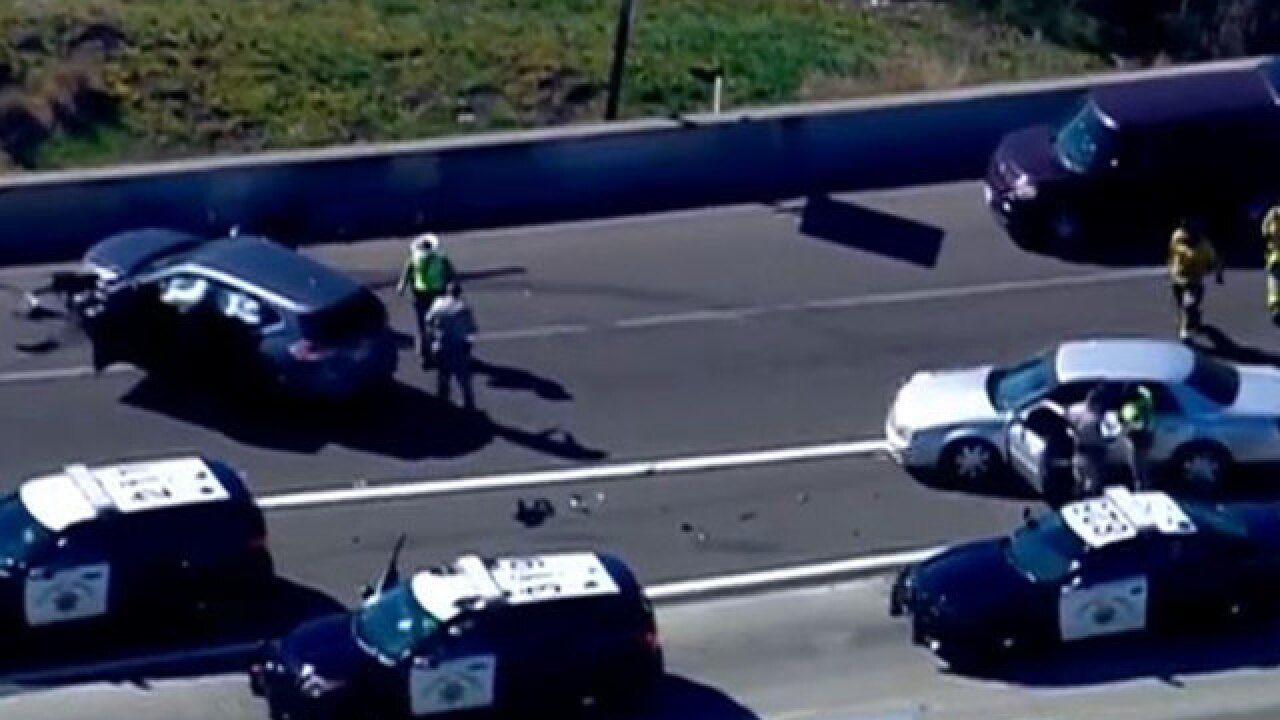 According to the California Highway Patrol, the crash happened shortly after 11 a.m. on southbound I-5 near the transition to state Route 15.

The driver then transitioned to I-5, traveling northbound on the southbound side.

The two children injured were taken to Rady Children’s Hospital with minor injuries, according to CHP.

The 75-year-old driver was uninjured, but was issued a priority re-evaluation form with the Department of Motor Vehicles.

CHP officials said the vehicle tried to make a U-turn near the I-5 transition to SR-15 but collided with an SUV.

Multiple injuries were reported, but the extent of those injuries or how many people were hurt is not known.

Traffic was backed up for several miles on southbound I-5 due to the incident.