Three sections in top 20 for most deadly crashes

A new study ranks three chunks of San Diego freeways as some of the deadliest in the state.

SAN DIEGO (KGTV) - Three freeway segments in San Diego are among the deadliest roads in the state, according to a report just published by MoneyGeek.com.

The study analyzed 4,451 California roads and tracked 10,370 fatal car accidents from 2017-2019. It broke everything down into five-mile chunks to rank the deadliest roads.

In San Diego, the study found the five-mile stretch of Interstate 15 from Miramar Way to Scripps Poway Parkway as the deadliest in San Diego County and 12th deadliest in the state. 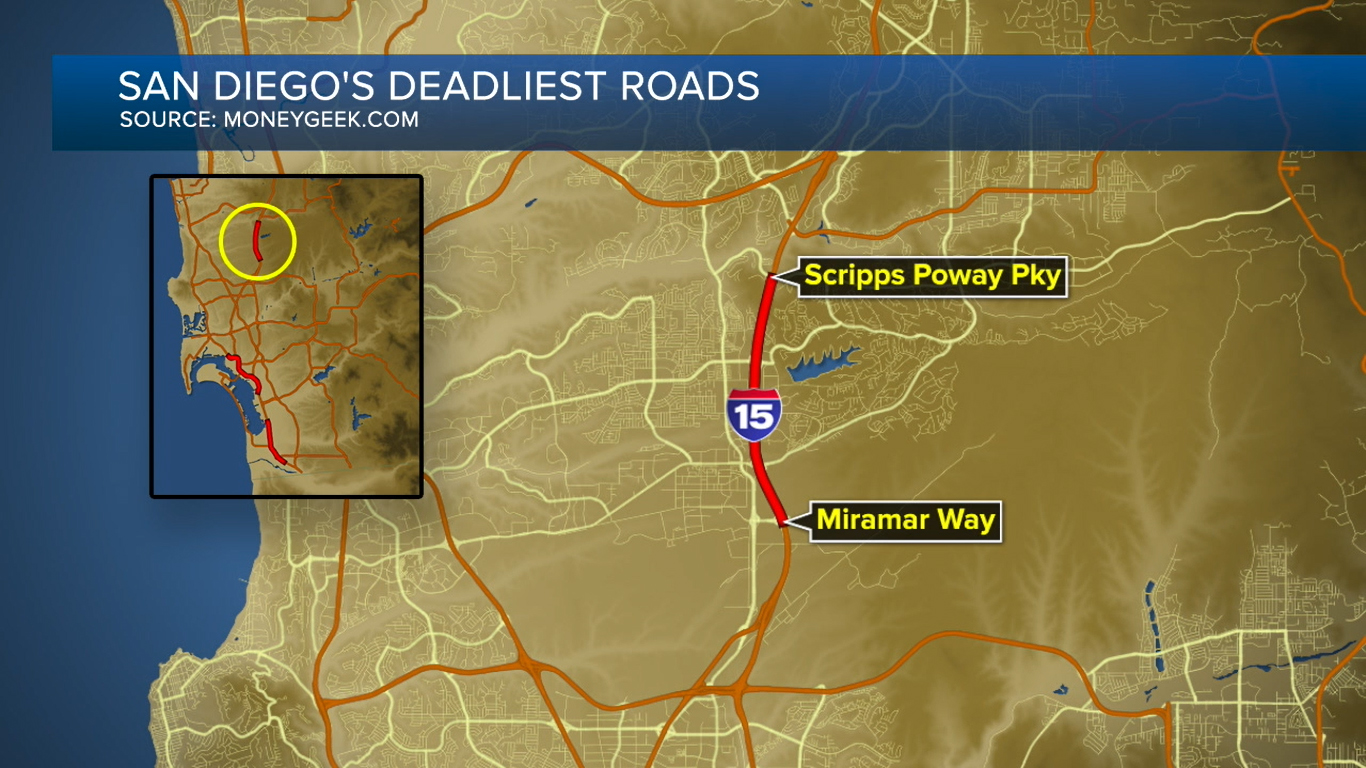 The stretch of Interstate 5 from San Ysidro Boulevard to Marina Parkway in Chula Vista ranks 17th. 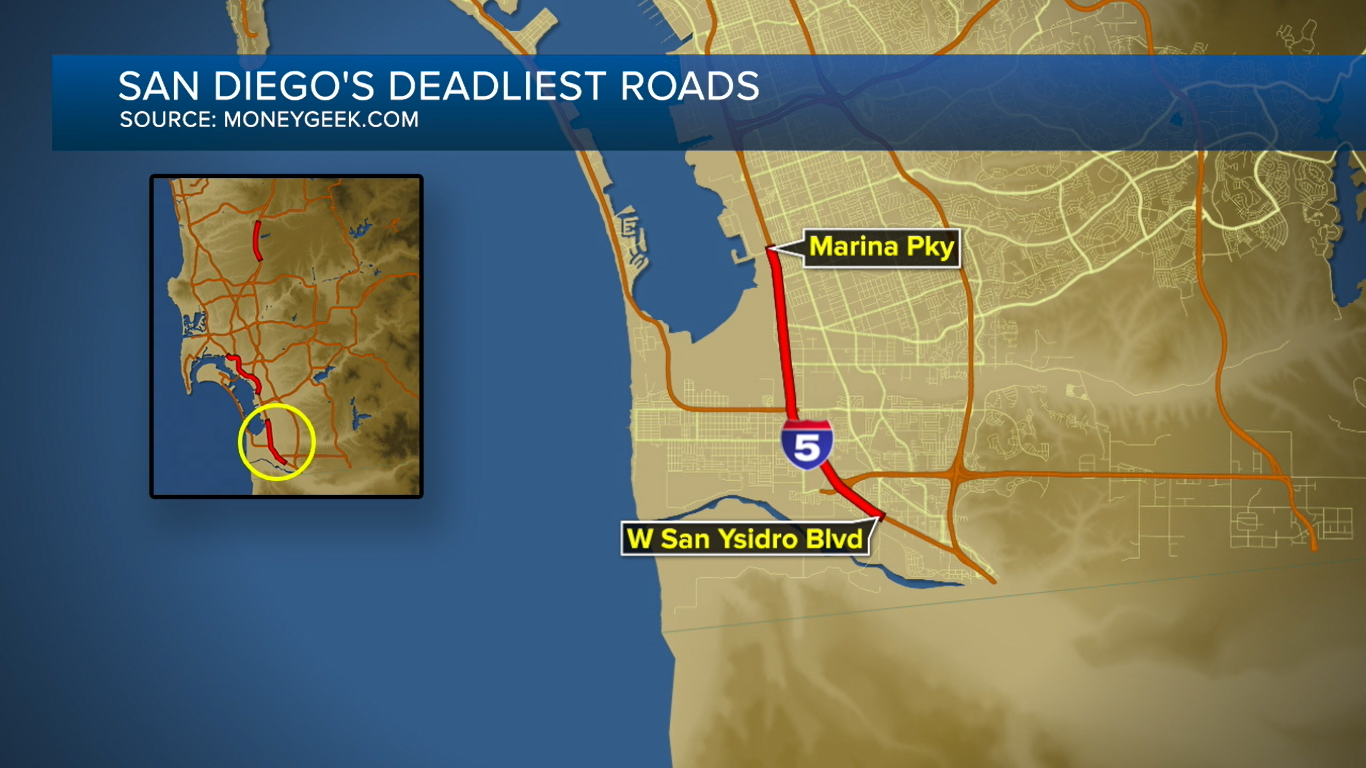 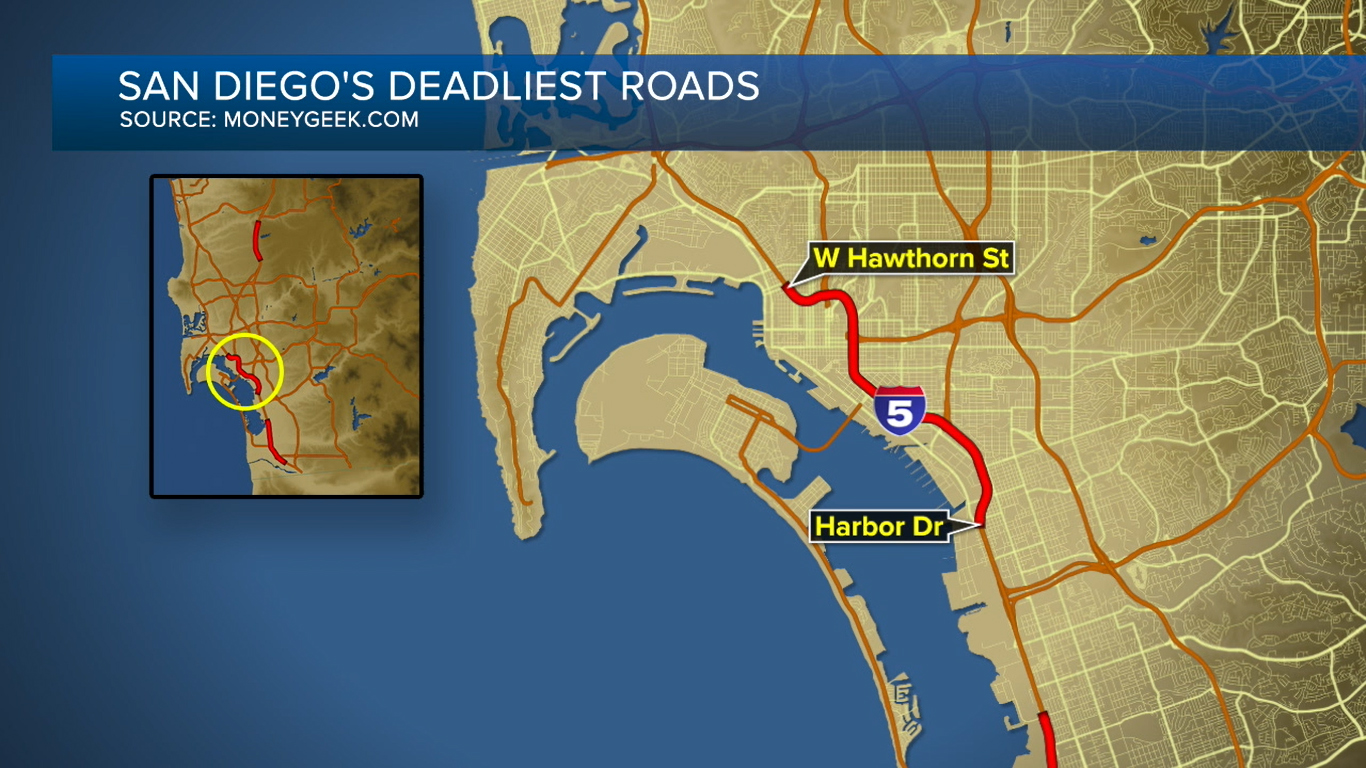 "A lot of times, it's speed and reckless drivers," says Officer Salvador Castro with the California Highway Patrol.

He says the parts of the freeways highlighted in Chula Vista and Miramar are wide open and straight, which lend themselves to deadly speeds.

"(That) gives the people the opportunity, the chance. And they want to get their car up over 100 miles per hour," Officer Castro says.

On the stretch near downtown, Castro says many of the deadly accidents involve people experiencing homelessness.

"We get a lot of pedestrian calls," he says. "People report transients walking on the freeways. They tend to slip out in the traffic lanes and get hit."

The study found speed and alcohol were the two most significant factors in deadly crashes across the state. Speed played a role in 28% of the deaths. Alcohol was a factor in 27% of them.

"That really highlights how our individual behaviors and choices can make a difference in our day-to-day driving," says Doug Milnes, the Head of Data Analytics at MoneyGeek.com and the study's lead author.

"I hope this makes folks, you know, sit up and pay attention a bit more."

According to the National Highway Traffic Safety Administration, fatalities rose in 2020, even as the total number of miles driven dropped by 13% across the country.

Castro says drivers need to slow down. He also advises people to stay aware of things happening around them, not just near their car but as far away as a quarter-mile down the road.

San Diego's CHP is already working to reverse the trend for the rest of 2021 and into 2022. Castro told ABC 10News his department received grants from the state to increase speeding, racing, and reckless driving enforcement.

To see the full study from MoneyGeek.com, click here.