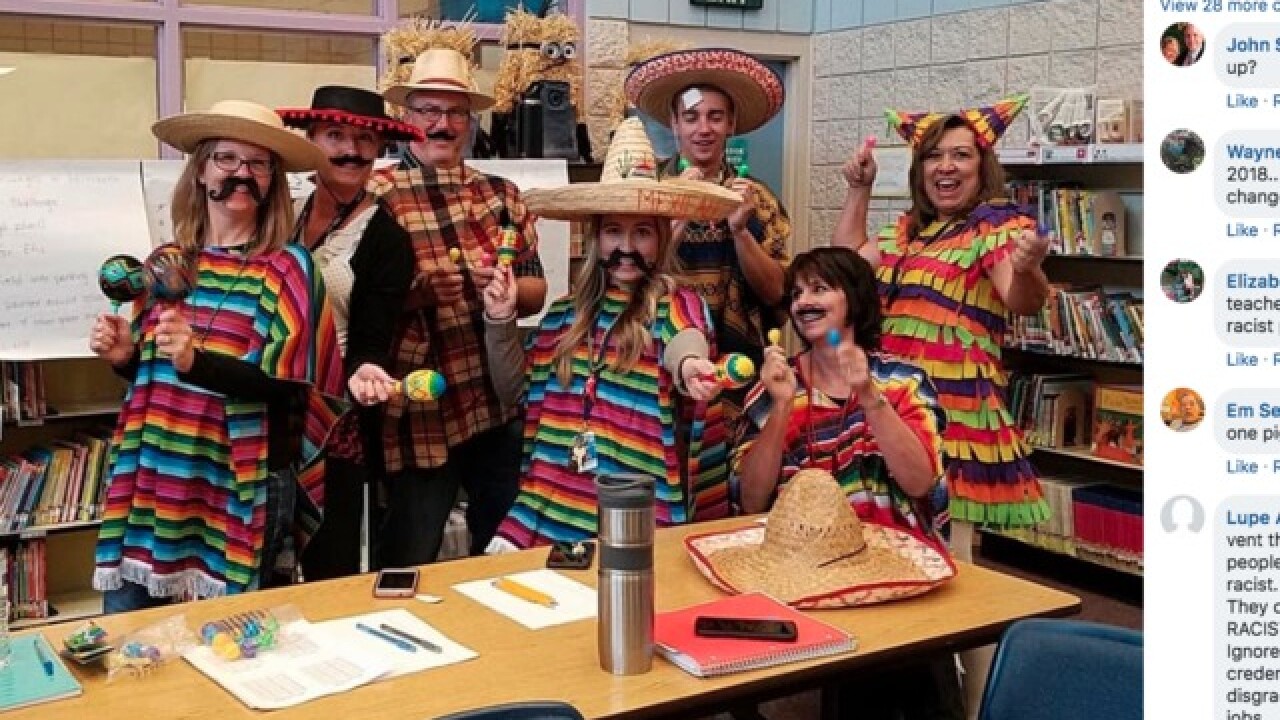 Copyright 2018 Scripps Media, Inc. All rights reserved. This material may not be published, broadcast, rewritten, or redistributed.
Facebook screenshot 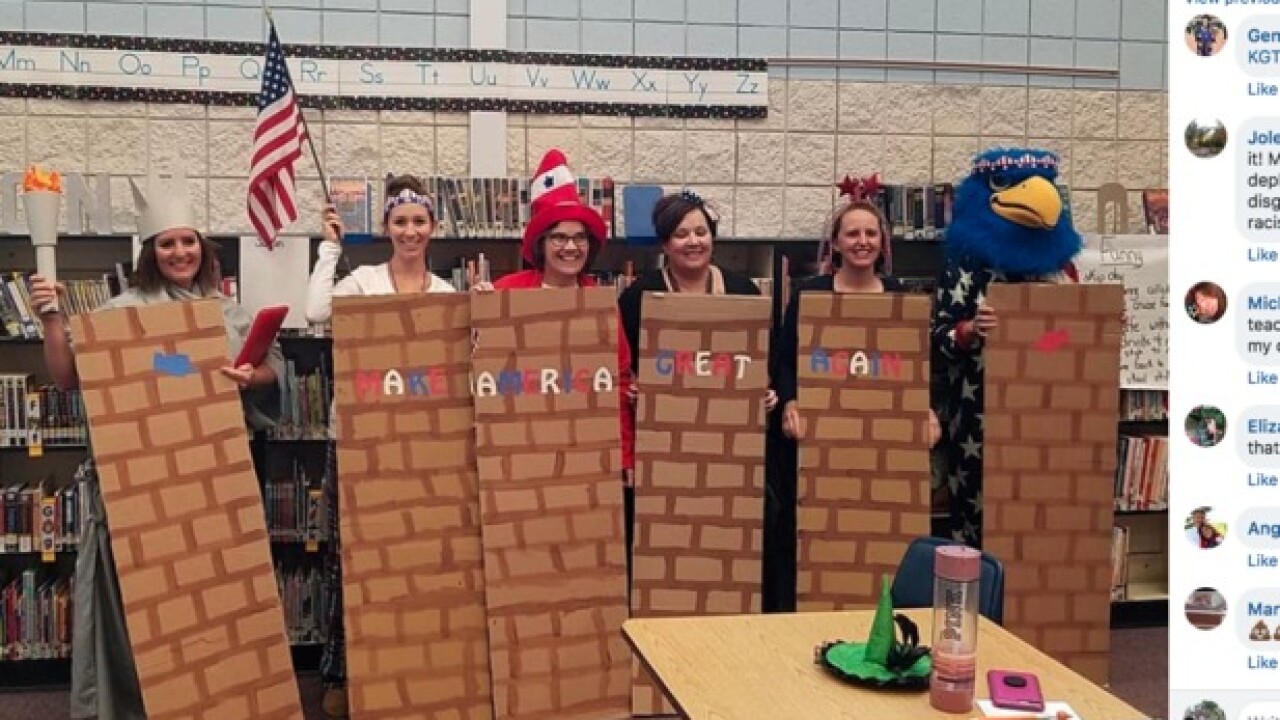 (KGTV) — An Idaho school district is investigating a school's teachers and staff after photos surfaced on social media showing them dressed as a border wall.

In another photo, staffers dressed in sombreros, ponchos, and fake mustaches.

Both photos, posted to Middleton Heights's Facebook page, drew scorn online, forcing the school to remove the pictures, according to KTVB.

Superintendent Josh Middleton posted a video to Facebook apologizing to parents and expressing his disappointment.

"I was shown those photos and [was] deeply troubled by the decision by our staff members to wear those costumes that are clearly insensitive and inappropriate," Middleton said. "We are better than this. We embrace all students. We have a responsibility to teach and reach all students, period.

"Our time right now is going to be devoted to investigating those events and those poor decisions that were made," Middleton added.

It's unclear what type of disciplinary actions the teachers and staff face. Those in the pictures were publicly identified.

Police patrols were increased at the school Friday for safety, KTVB reported. About 9.5 percent of Middleton's 7,400 population is Hispanic or Latino, according to U.S. Census data.