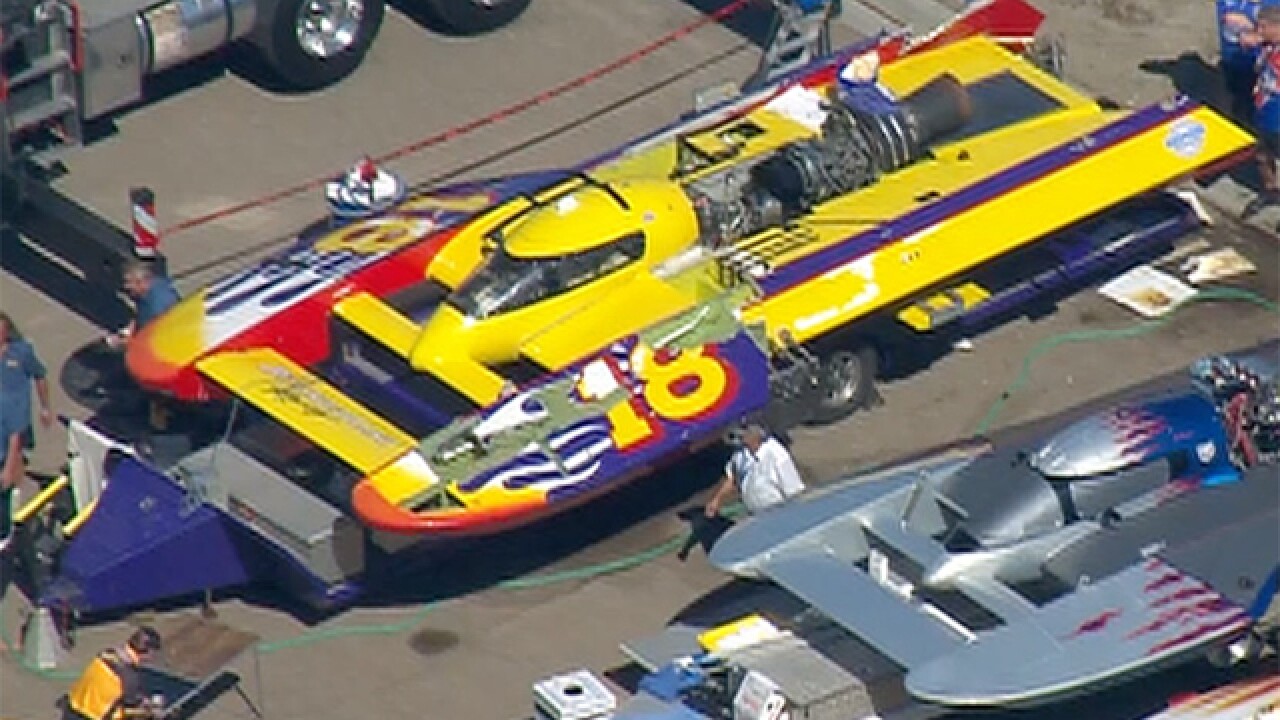 A hydroplane boat driver ended up in the hospital Friday after the boat flipped during a race in Mission Bay.

It was the first day of San Diego Bay Fair, an event featuring the specialized boats.

The driver, Kelly Stocklin, was not thrown out when the incident happened, and the boat ended up landing right side up. The driver was conscious, but was taken to a hospital for a possible back injury.

Stocklin's teammate on the U-18 Bucket List crew, John O’Brien, told 10News, "He was going about 165-170 miles an hour. So right in the middle of the racetrack a gust of wind came up at the same time he hit a roller from another boat, picked up the left sponson, does a pirouette and a half and then a twist down to the water."

Stocklin's boat is out of the competition for the weekend due to the heavy damage.

"He's complaining of back pain and neck pain; part of the helmet was even ripped apart," said O'Briend.

You might recall that back in 2008, a hydroplane boat disintegrated while racing Mission Bay (watch the archive clip below -- mobile users click here).

The driver -- Mark Workentine --lost control during a practice run. He survived with just minor scrapes.

There was also an incident in 2005 where a hydroplane boat driver lost control and flipped at 175 mph (seen in the YouTube clip below). The boat landed upside down and the cockpit filled with water. The driver, Kevin Aylesworth, survived after nearly drowning.