SAN DIEGO (KGTV) -- Home prices have reached their lowest affordability rates in 10 years, according to a report from ATTOM Data Solutions.

According to the report, annual growth in median home prices outpaced wage growth in San Diego County as well as other counties across California.

The research shows that San Diegans aren’t the only ones struggling. According to the report, home prices throughout the U.S. are also at their least affordable rate since 2008.

The report shows that the slowing home price appreciation throughout the country in the second quarter of 2018 wasn’t enough to counteract an increase in mortgage rates, which grew 11 percent compared to a year ago.

According to the data, the average wage earner can't afford to buy a median-priced home in San Diego County. 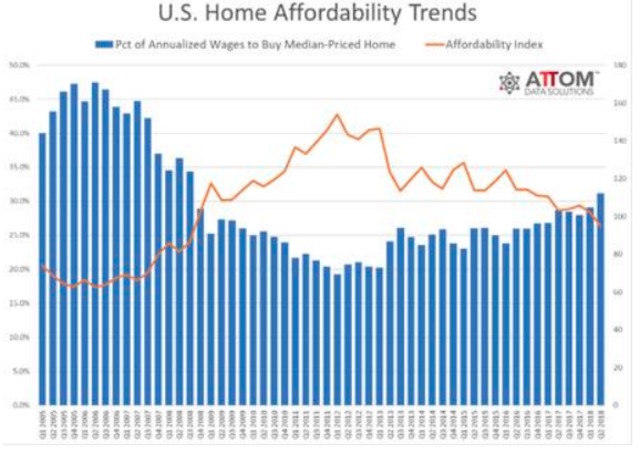