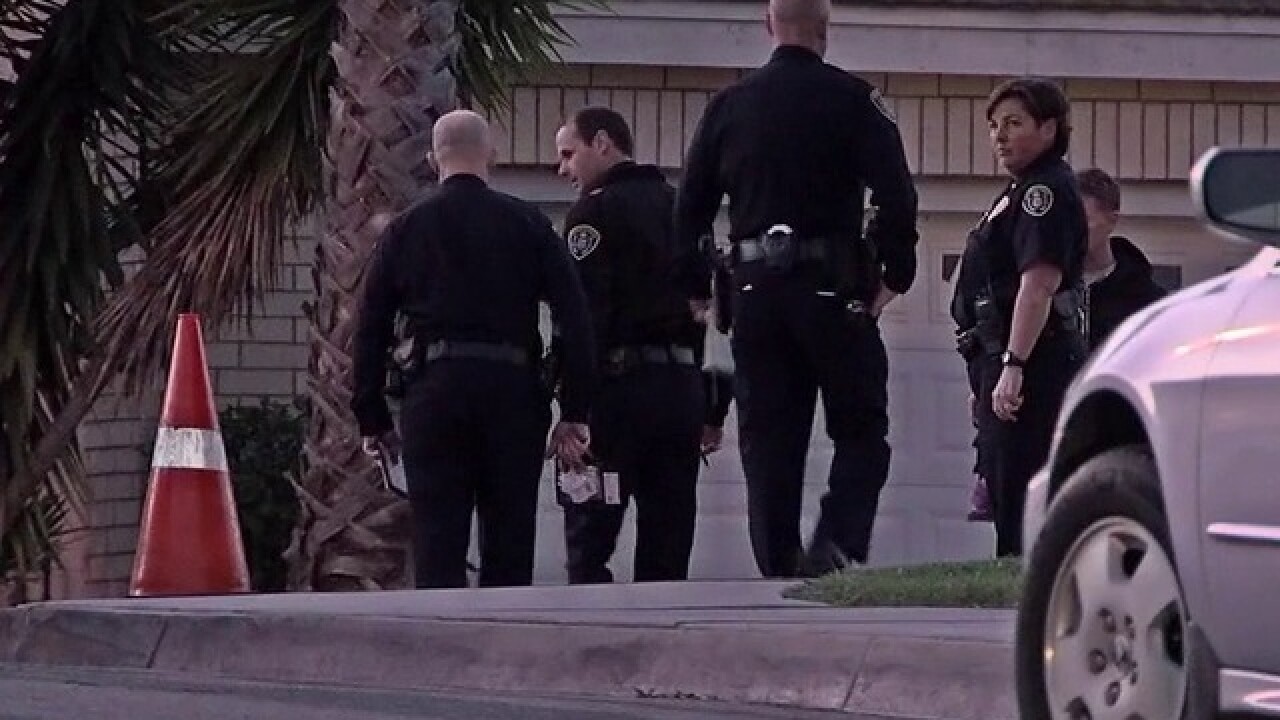 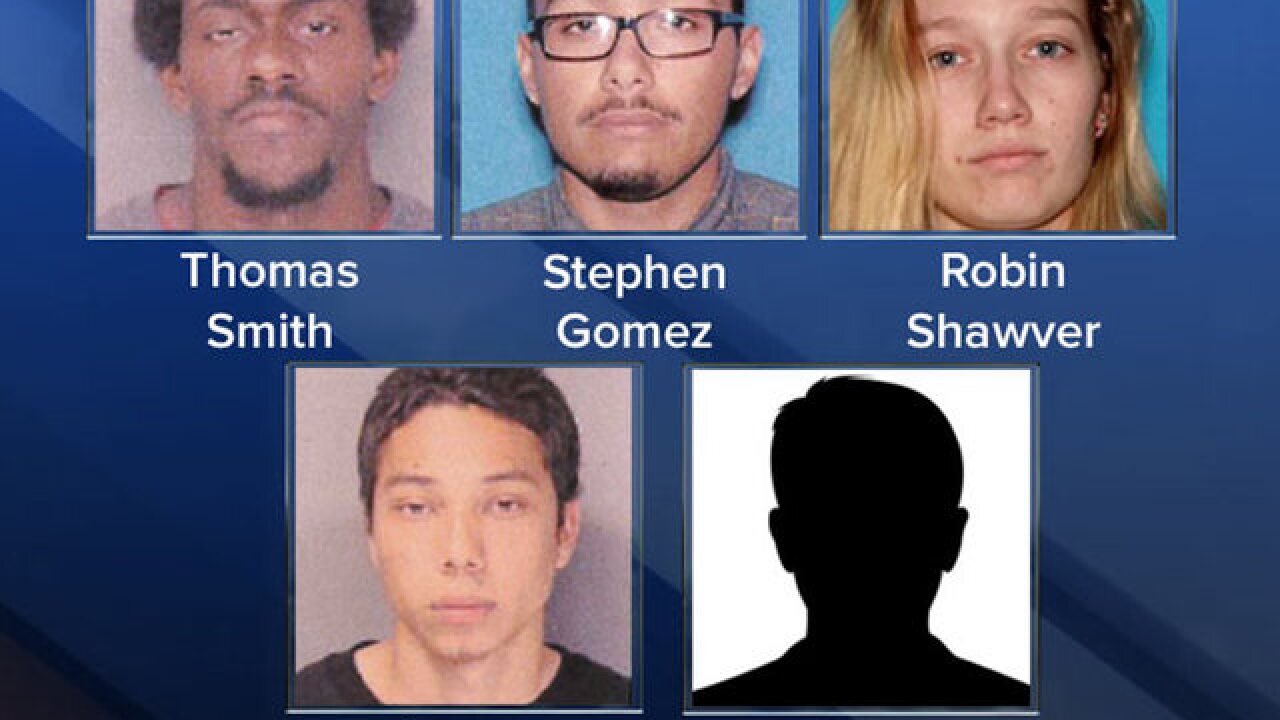 By: City News Service
Posted at 7:47 AM, Feb 19, 2016
SAN DIEGO -- Five people, some of them alleged gang members, are scheduled to be arraigned Friday for a series of residential robberies during which some victims were tied up and threatened with guns in their northern San Diego residences.
Stephen Ramon Gomez, 20, Victor Fransisco Harvey, 19, Aaron David Rico, 20, Robin Elizabeth Shawver, 20, and Thomas James Smith, 24, were taken into custody Wednesday. A 17-year-old was also arrested but his name was withheld because he is a minor, according to San Diego police.
Gomez, Rico, Shawver and Smith were each booked on multiple robbery charges, according to jail records. Gomez, Rico and Shawver also face kidnapping charges; Gomez and Shawver, a conspiracy charge; and Harvey, a charge of receiving stolen property.
Gomez also is accused of committing rape with a foreign object during one of the burglaries, Capt. David Nieslit said.
The arrests came a week after homes in the Sabre Springs and Carmel Mountain Ranch neighborhoods were looted with residents present. In each case, the perpetrators entered through unlocked doors.
The most recent of the crimes occurred in the 14000 block of Breezeway Place near Cedarhurst Lane shortly before 5:30 a.m. on Feb. 11, according to police. It took place about five miles from where a trio of thieves entered a home in the 11300 block of Spring Meadow Lane through a side door less than three hours earlier.
The suspects also have been linked to a similar robbery that took place in the 11400 block of Aliento Court in Rancho Bernardo on Feb. 5 and another that occurred in the 10700 block of Passerine Way in Sorrento Valley on Jan. 31, according to police.
While conducting searches as part of the investigation, detectives impounded two replica guns believed to have been used during the robberies, the captain said.
Police did not disclose how they identified the suspects and would not specify which of them allegedly have gang ties.
City News Service Modified 2016