High school students show thanks, one to his sister who survived the Borderline Bar Shooting 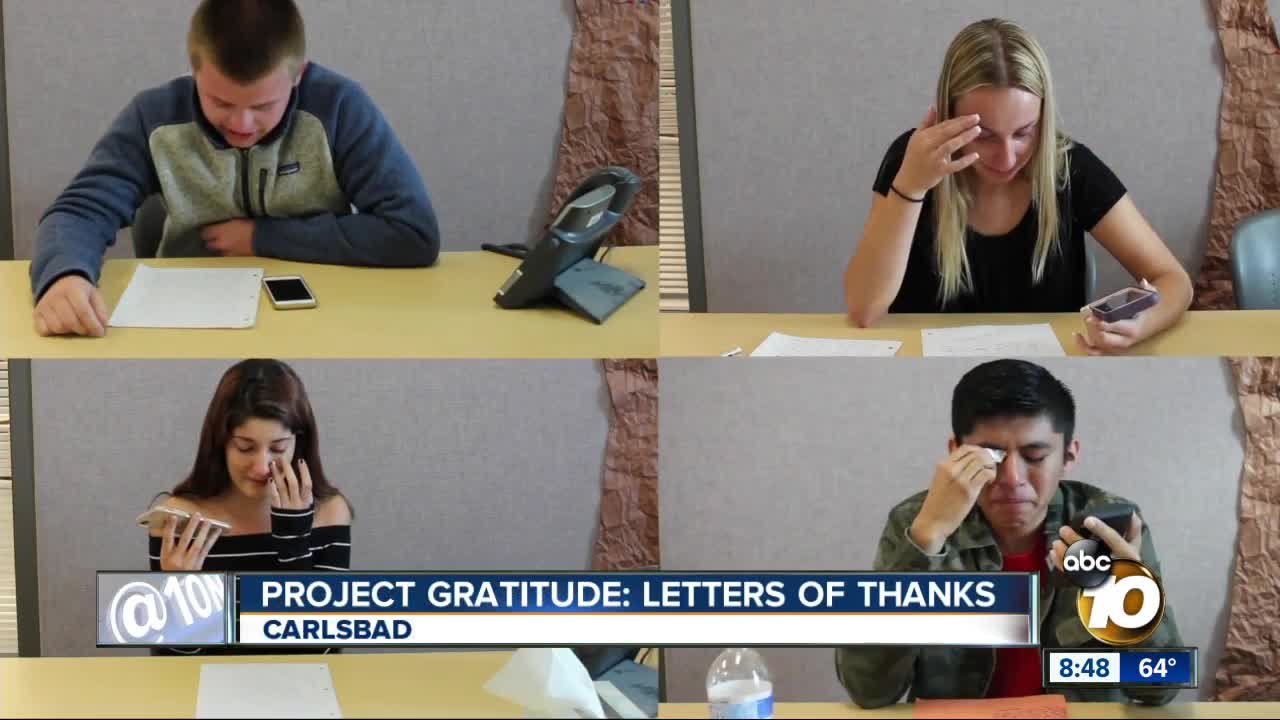 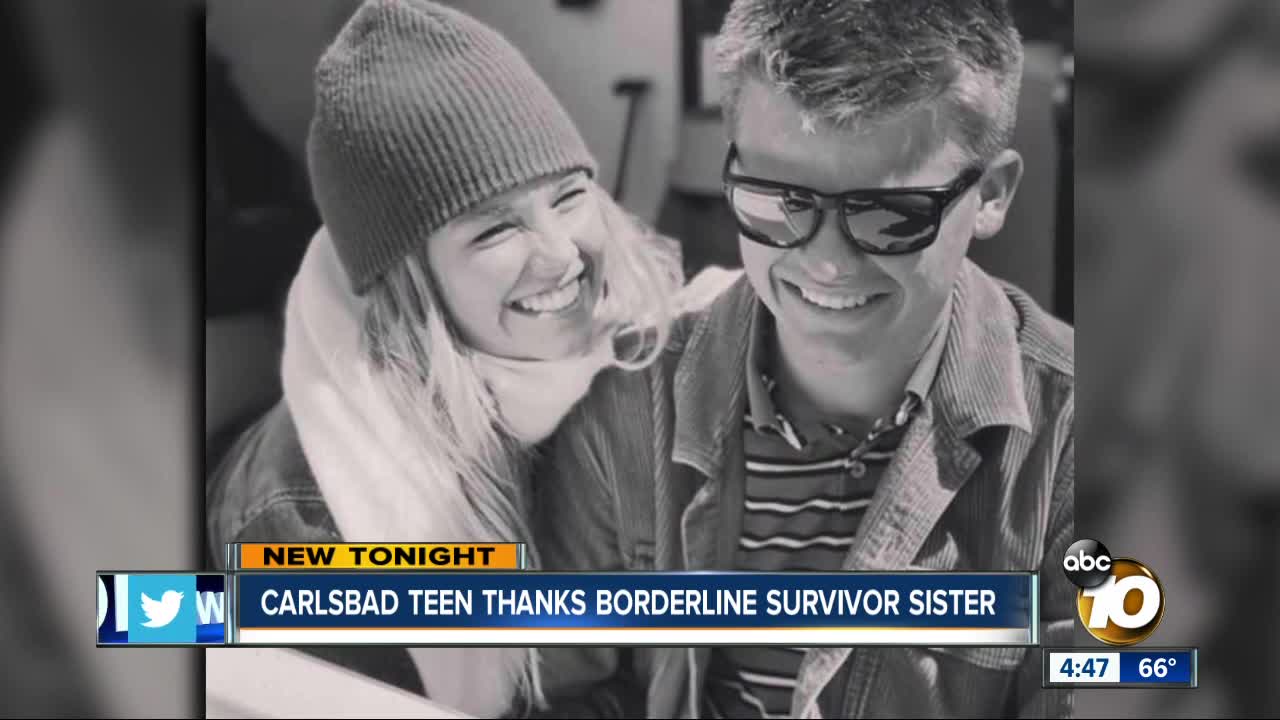 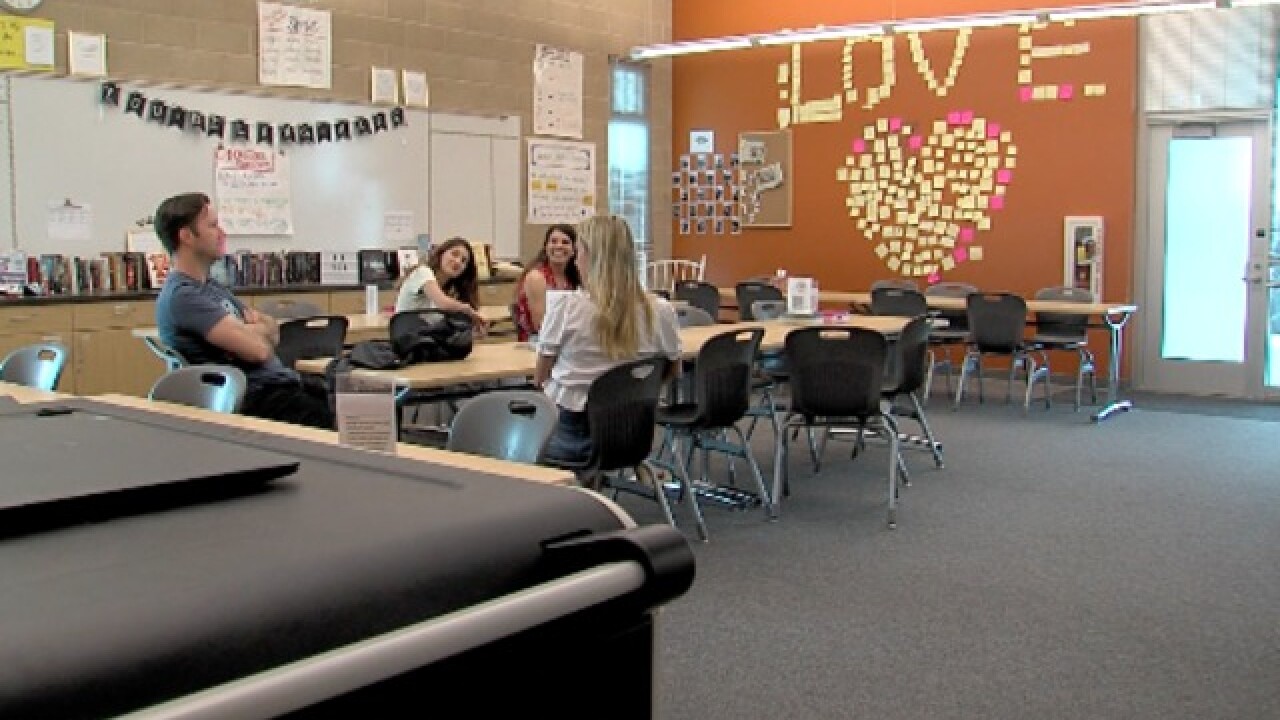 CARLSBAD, Calif., (KGTV) -- This afternoon,  friends and family said their final good-byes to Justin Meek, the Coronado native who died in the Borderline Bar shooting on November 8, 2018. On the same day, students at Sage Creek High School read letters of appreciation to their loved ones. One student wrote his message to his older sister who survived the shooting in Thousand Oaks.

Teenagers are not known to pour out their feelings. But for Sage Creek High School students, it is a requirement for their English class. As part of a senior assignment called "Project Gratitude," students expressed their thanks to those who helped shape their lives. They were to write a letter, call the recipient, and reflect.

“I know I don’t show it often, but I’m so proud to have you as my mom,” Izabella Razmi said. Her letter was to her mother, US Navy Captain Shay Razmi. During her deployments, Izabella was the woman of the house.
But when the Captain was home, she is her baby.

Ruben Hernandez recorded an emotional letter to his father. “I’m so sorry I can come out as a pain in the butt, but I love you very much," he said. In his letter, he shared how much his father helped him get through years of being bullied.

Hailey Zamalloa cried as she read her letter to her father, Joel. “You sat outside of Victoria’s Secret, Justice, bought me tampons, and sat and listened to me when I was lonely," she said. She is grateful for her young dad who gave up his 20’s to play the role of both dad and mom.

Gray Hatter chose to write his letter to his sister, Ally. She is a Cal Lutheran University student who survived the Borderline Bar shooting in Thousand Oaks.

"Ally I'm sorry for what you went through this past week. You did not deserve to witness what you did, but Ally, you are strong. God gave his hardest battles to the strongest warrior, and you are that. A warrior," Hatter said in tears.

The recipients did not know about the project. But the short phones calls left a lasting message.

“It puts into perspective of the hard work as a parent and the appreciation,” Hailey's father Joel Zamalloa said.

“They only have six more months with us at home until they start college, so this means a lot," Captain Shay Razmi said. "Thank you."