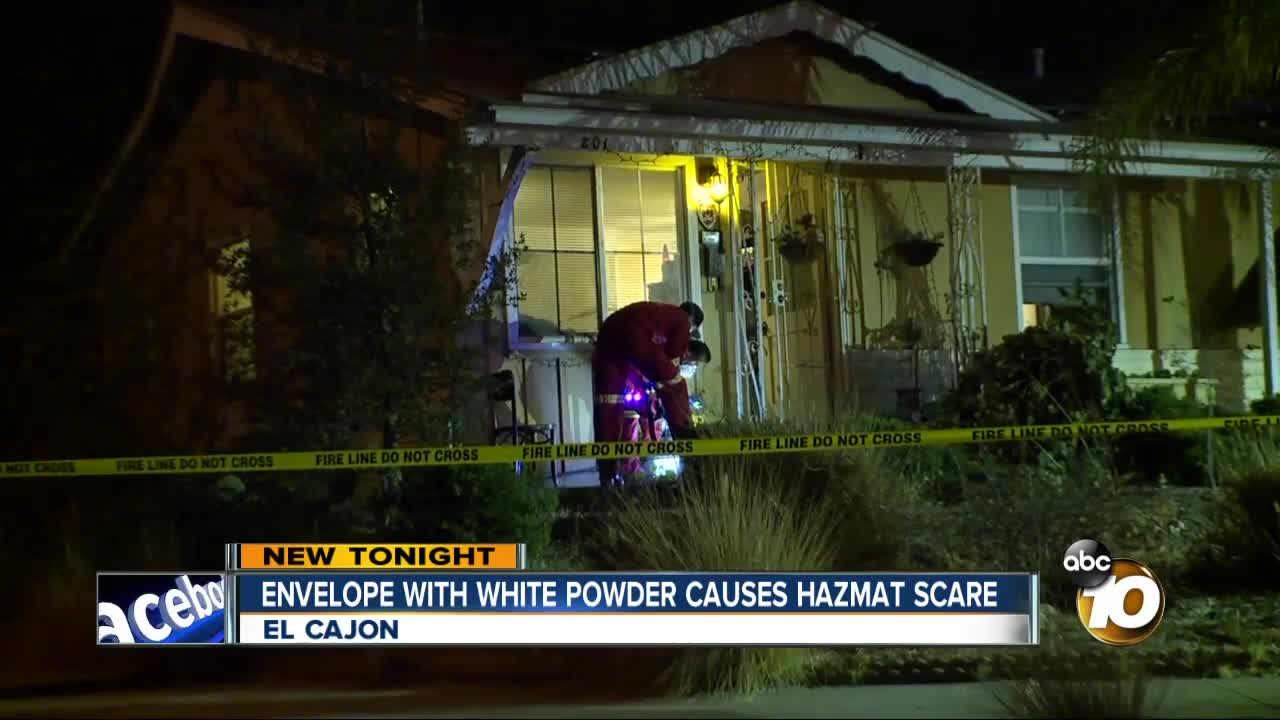 An envelope with an unknown white powder led to a hazmat situation at an El Cajon home. 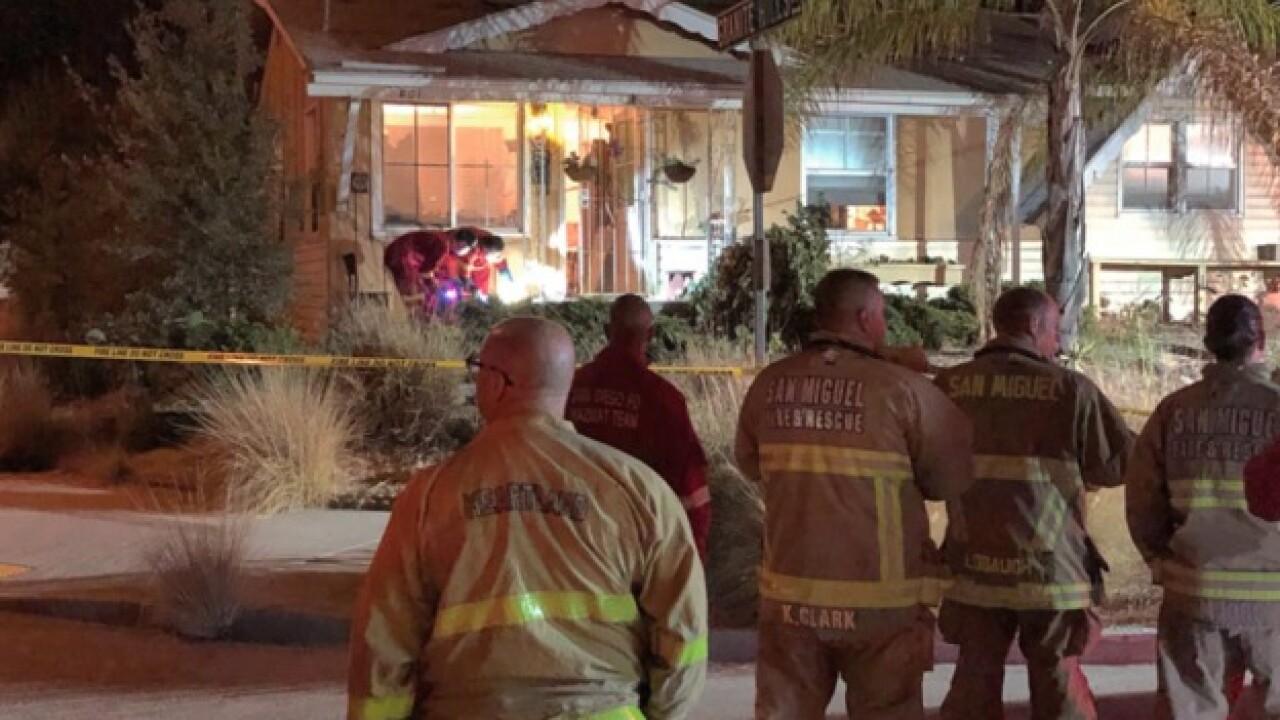 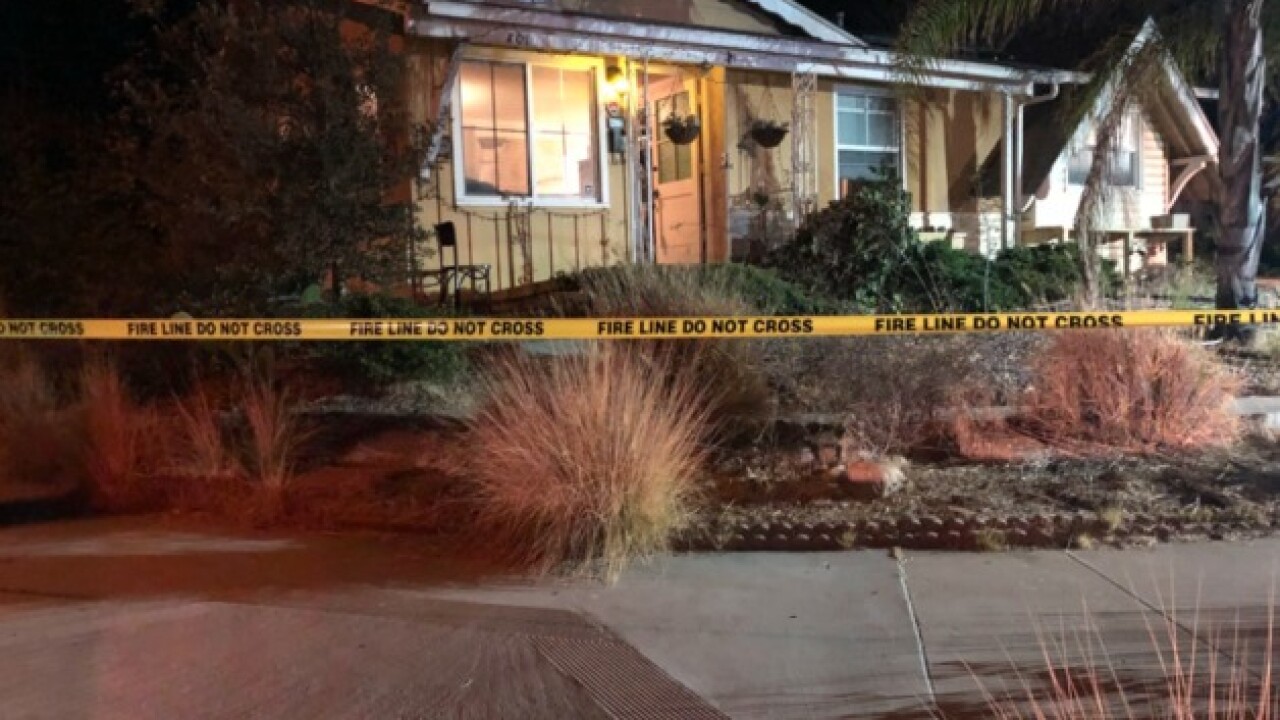 EL CAJON, Calif. (KGTV) - A hazmat team was called to an El Cajon home Tuesday after a man opened a letter that he said contained a strange powder.

According to authorities, the incident happened in the 800 block of Alveda Avenue near Granite Hills Drive.

Heartland Fire & Rescue Department officials said the man, identified as Christopher Donnelly, received a letter from an unspecified country. When the Donnelly opened the letter, he said powder flew out of the envelope.

“My daughter brought me the mail for the day. I thought it was a little strange because it didn’t have any postage on it,” Donnelly said.

The white powder puffed out of the envelope when he opened it, covering him with the substance.

“So I dialed 911 and got a whole troop of people who came out to help,” said Donnelly.

A hazmat team conducted tests on the letter and substance while they kept Donnelly’s home fully quarantined.

Donnelly was also examined for any possible health issues.

The hazmat team eventually determined that the substance was from tamarillo fruit seeds -- exotic fruit seeds that Donnelly ordered from Amazon.

He told 10News he expected the fruit seeds to arrive in an Amazon box and thought they wouldn’t come for another few weeks.

Donnelly said it was better to be safe than sorry.

“I was concerned about other people that might be getting something like this in the mail,” said Donnelly.

Hazmat crews wrapped up their investigation with a message for Donnelly: Good luck growing the fruit with your seeds.