Hate crimes on the rise in San Diego County, statewide 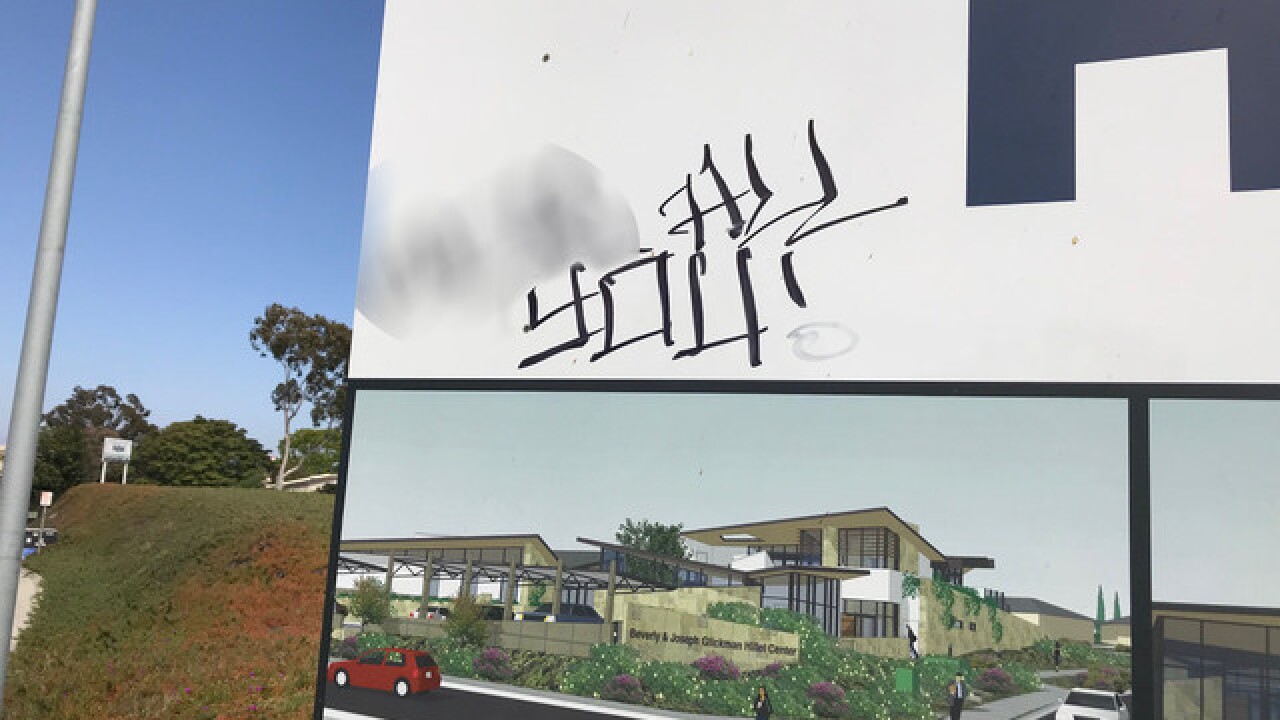 SAN DIEGO (KGTV) -- Hate crimes throughout San Diego County and across the state are rising at an alarming rate, according to new reports.

A report from California’s Attorney General shows that San Diego County saw 95 hate crime incidents in 2017. That compared with 84 hate crimes countywide in 2016 and 72 in 2015.

The statistics come amid recent tragedies around the country, including a shooting at a synagogue in Pittsburgh Saturday that left 11 people dead.

The rise in hate crimes also coincide with recent events in San Diego. In June of 2018, a sign celebrating the Hillel Jewish center was defaced with an anti-Semitic message.

The message painted on the sign, which included the F-word, had lettering resembling the Nazi swastika.

The sign, which sat at the corner of La Jolla Village Drive and Torrey Pines Road, announced the Glickman Hillel Center, a $15 million project the City Council approved in 2017 after more than a decade of legal opposition.

Also this year, an Ocean Beach woman made a shocking discovery when she found her can vandalized and covered rude speech, including swastikas. The incident caused thousands in damage.