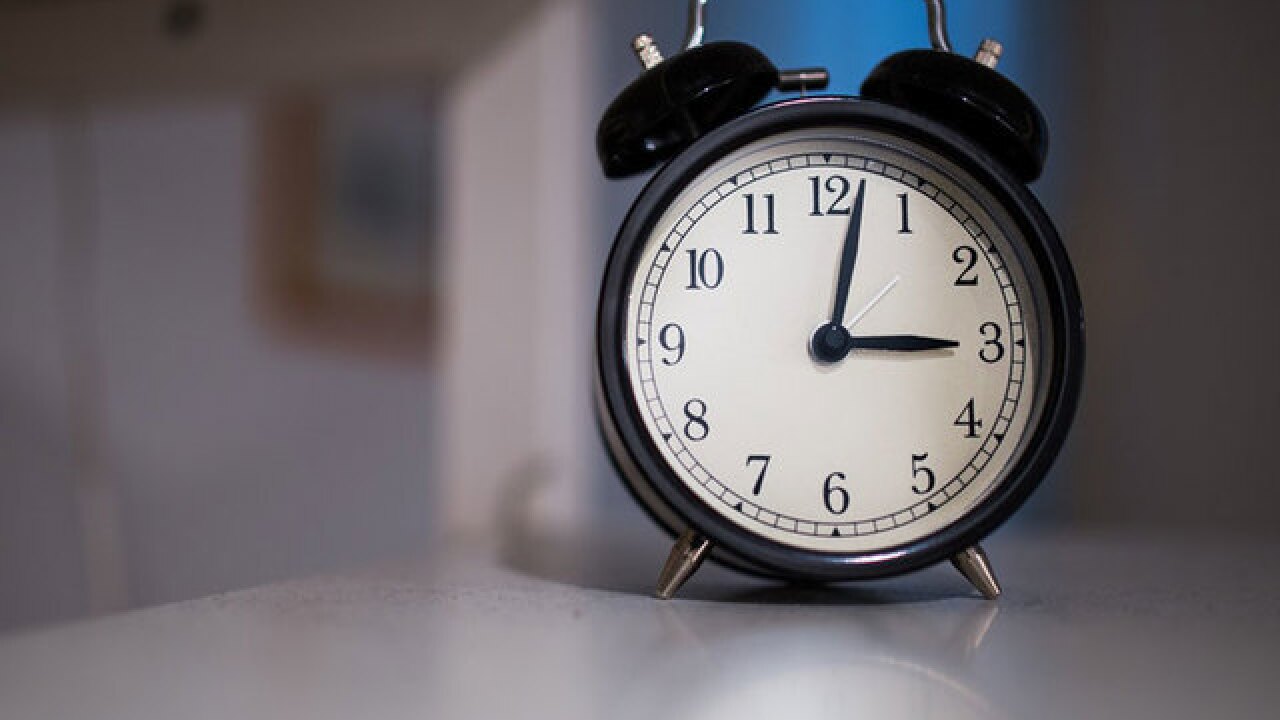 Copyright 2017 Scripps Media, Inc. All rights reserved. This material may not be published, broadcast, rewritten, or redistributed.
Wake up!: Some experts recommend setting your (or your child's) alarm clock to go off 15-30 minutes before you would normally wake up on a school day. By doing this for the first 2 weeks of school, you and your child can stay away from a frantic pace and ease your way into the morning flow.

A study by the American Academy of Pediatrics said insufficient sleep for teens was "an important public health issue that significantly affects the health and safety" of adolescents.

RELATED: How to help your kids get back into a sleep pattern

State Assemblyman Anthony Portantino, who carried SB328, cited that study and one by the Centers for Disease Control and Prevention that both suggested schools start at 8:30 a.m. or later to help students get the optimal amount of sleep of at least eight hours a night.

Middle and high schools in California start their school day on average at 8:07 a.m., according to the CDC study.

But it's not so simple, the CDC study said, noting that as adolescents go through puberty their biological rhythms typically shift so they get sleepy later at night.

"The combination of delayed bedtimes and early school start times results in inadequate sleep for a large portion of the adolescent population," said the CDC study. It found that approximately 70 percent of high-schoolers do not get sufficient sleep.

Opponents of the bill don't dispute the research but say school boards should decide how to run their schools.

RELATED: Math and reading apps to help your student succeed

The California School Boards Association and the California Teachers Association were among those that fought the legislation. They argued for local control, saying schools, not the state, should assess their communities' needs given the diversity of California's school districts.

"What we oppose is a one-size-fits-all statewide mandate," said Eric Heins, president of the CTA, which pressured lawmakers to reject a different version of the legislation last year. A revised bill, which added an exemption for rural school districts, passed the Legislature in August, with the CTA still opposed.

RELATED: Useful back to school gadgets for teens

Heins and other opponents say later start times could result in unintended costs and consequences, particularly for working parents, who may have to arrange childcare or struggle to get to work on time if dropping their kids at school later. There could also be added costs for school districts if they need to pay for additional buses to accommodate the time changes, he said.